Are we Filipinos worth dying for?

Are we Filipinos worth dying for? 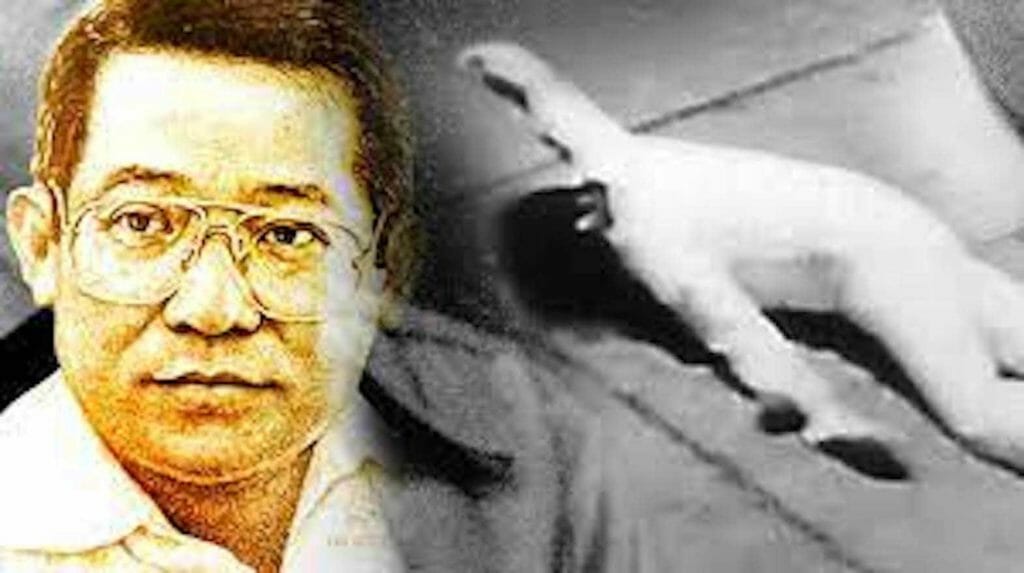 In a few days, at sundown on May 9th, we will unveil our consciences and bare our souls. Not necessarily our individual souls – but the essence of our collective personality. We will show the world and generations yet to come who we are as a people, as a nation, as Filipinos.

We will trek to the polls and elect our president, a person who will lead our country for the next six years, and who, to the league of nations, will be the embodiment of our values and aspirations as a people.

Many are vying for the presidency, including a world boxing champion, a former screen idol and a top policeman. But the campaign has narrowed our choice to two very different individuals – a woman of substance, who served as our vice president through six tough years, and the progeny of our former dictator who aims to restore the mixed legacy of his father.

This woman, a widow, the mother of three children, has shown tremendous inner strength and resilience. After earning a degree in economics, she proceeded to law school, encouraged by her father who had served on the bench. Instead of practicing law in lucrative Metro Manila, she opted instead to return to her province and use her legal skills to help abused and disadvantaged women. She married a gentleman whose passion for public service sparked her innate desire to make a difference in the public square.

As she built a life with her husband and their three children, tragedy struck. In 2012, her husband died in a plane crash, and she was left to raise three fatherless girls. The future seemed bleak, but this remarkable widow instead grew stronger as she patiently gathered the broken pieces of her life and carried the torch of public service her late husband had ignited. She successfully ran for Congress in 2013. She was drafted to run for vice president by a presidential candidate who appreciated her integrity and saw her tremendous potential.

Unfortunately, her term as vice-president was upended at the very start by a populist authoritarian president wary of her talents. For six years, Vice-President Leni Robredo was subjected to constant harassment, her authority undercut, her resources restrained, her character besmirched, her credibility undermined.

Instead of being angry or discouraged, or becoming vindictive, this embattled stateswoman dedicated her time and energy to humbly and effectively serving the public. She promptly showed up when calamities struck and when folks needed timely government assistance. She was in the forefront of the Covid-19 epidemic, mobilizing and supporting health care workers and finding practical solutions despite the limitations imposed on her operating budget. Neither the obstacles strewn on her path by a hostile administration, nor persistent legal challenges from the vice-presidential candidate she had defeated, weakenened her resolve to serve the nation. On the contrary, she accomplished more with less and kept her head above the murky waters of Philippine politics.

Unfazed and unbroken, this impressive Filipina now unselfishly offers her services to lead the nation to a future she can envision, with an unassailable track record of honesty, transparency, intelligence, diligence, kindness, civility, resilience and compassion.

Are we as a nation, going to entrust our future to someone who is beyond reproach and holds the interest of the nation at heart? Or are we going to hand over our country to the son of a dictator we had already roundly rejected?

Do we want to see our country revert to the time Martial Law dragged the country through its darkest years, when thousands of political dissidents disappeared, when the free press was shut down as in today’s Russia, when the levers of the national economy were held by selected cronies, akin to Vladimir Putin’s oligarchs?

Already, we see the red flags. This dictator’s son has not completed a college degree despite the unlimited funds provided for his education. His public service record is lackluster at best. His failure to pay his family’s estate taxes is of public record. He openly expresses admiration for the style and agenda of the outgoing presidency, which has dedicated its time and resources to a misguided brutal war on drugs and a risky alignment with China’s communist regime. Do we want a continuation of six disastrous years?

How naïve are we that we allow ourselves to be duped twice?

In August 1983, Senator Benigno Ninoy Aquino returned to the Philippines, aware that he was endangering his life much like Alexei Navalny returning home to Moscow after a near-fatal attempt on his life. Navalny wanted to show the world that Fyodor Dostoevsky was right, that “Russia has a moral compass.” And that corrupt people like Vladimir Putin do not represent the Russian soul and cannot be allowed to keep running the country.

Ninoy wanted the same thing – to put an end to the Marcos dictatorship. When asked why he would risk his life on such a noble quest, he said that he was willing to do so because “the Filipino is worth dying for.”

On May 9th, will our moral compass show us the way? Will the whole world see that we are a people who value honesty and integrity? That Ninoy Aquino was absolutely right?  That the Filipino is indeed worth dying for?