“Aquaman” actor Amber Heard choked back tears on Wednesday as she testified that ex-husband Johnny Depp physically abused her, starting with slaps after she laughed at one of his tattoos and escalating to a “cavity search” of her body for cocaine.

Heard took the witness stand for the first time in a widely followed U.S. defamation case brought by Depp, saying the actors had a “magical” relationship until it turned violent.

Depp’s first physical outburst, Heard said, came after she asked what was written on one of his faded tattoos. She said he replied “Wino,” and she laughed, thinking it was a joke.

“He slapped me across the face,” Heard said. “I didn’t know what was going on. I just stared at him.” 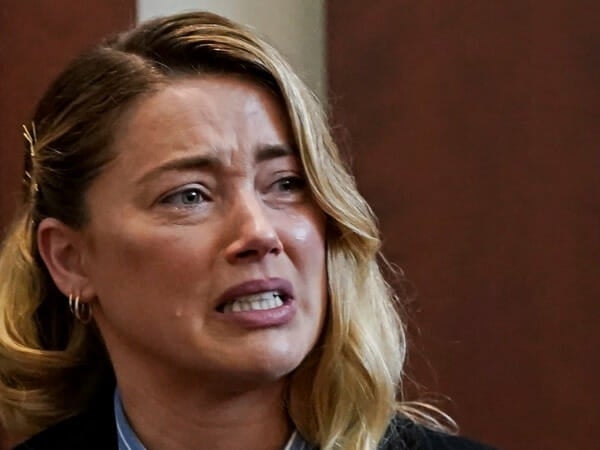 Actor Amber Heard testifies at Fairfax County Circuit Court during a defamation case against her by ex-husband, actor Johnny Depp in Fairfax, Virginia, U.S., May 4, 2022. Heard said there was an incident where Depp performed a cavity search while accusing her of harboring his drugs. REUTERS/Elizabeth Frantz/Pool

Depp, 58, testified earlier in the trial that he never hit Heard and that she was the one who was the abuser.

The star of the “Pirates of the Caribbean” films and others is suing Heard, 36, for $50 million, saying she defamed him when she claimed she was a victim of domestic abuse. Heard has counter-sued for $100 million, saying Depp smeared her by calling her a liar.

Heard, who alternated between crying and speaking calmly, said she stayed with Depp because she wanted to believe his apologies and promises to never hit her.

But, Heard said, Depp assaulted her “several times,” usually when he was drinking or using drugs. During a weekend away with friends in May 2013, Heard said, Depp, became angry and accused her of inviting what he perceived as suggestive advances from another woman. 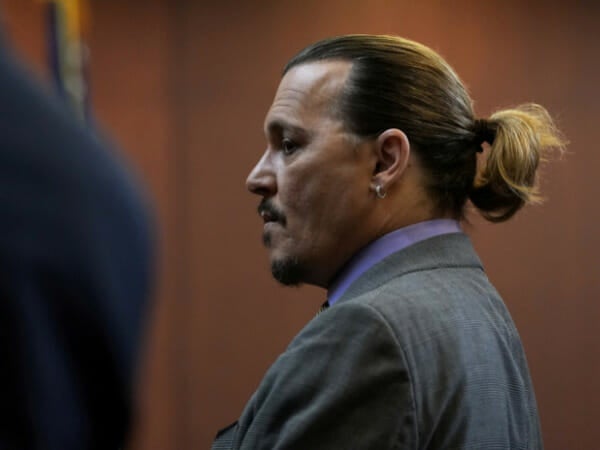 That evening, Heard said Depp tore her dress, ripped off her underwear, and stuck his fingers “inside” her.

“He proceeds to do a cavity search,” she said. “He’s looking for his drugs, his cocaine.”

Earlier, psychologist Dawn Hughes testified that Heard had told her that Depp had put his fingers up her vagina to search for cocaine.

The case hinges on a December 2018 opinion piece she authored in the Washington Post. The article never mentioned Depp by name, but his lawyer told jurors it was clear Heard was referencing him. The couple’s divorce was finalized in 2017 after less than two years of marriage.

Depp, once among the biggest stars in Hollywood, said Heard’s allegations cost him “everything.” A new “Pirates” movie was put on hold, and Depp was replaced in the “Fantastic Beasts” film franchise, a “Harry Potter” spinoff. 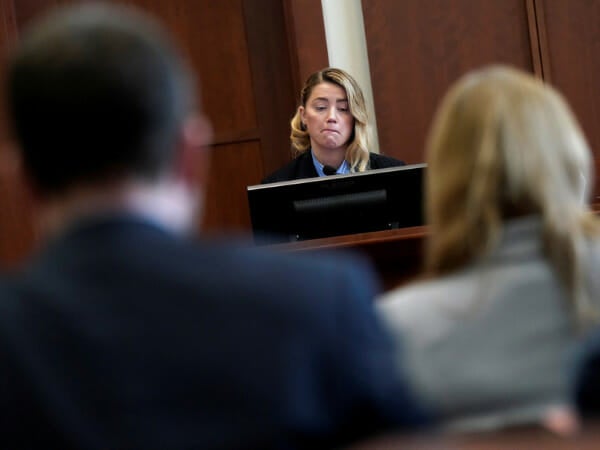 In his earlier testimony, Depp said the fight over the “Wino” tattoo, which was originally the name of former girlfriend Winona Ryder, “didn’t happen.”

He said Heard was the one who became physically aggressive during their relationship, at one point throwing a vodka bottle that severed the top of his right middle finger. His lawyers showed evidence from Depp’s hospital visit to his finger surgically prepared. Jurors also heard recordings of arguments between the two, and Depp said her behavior left him “broken.”

Heard has denied that she injured Depp’s finger. Her attorneys have argued that she told the truth in the Washington Post piece and that her opinion was protected as free speech under the U.S. Constitution’s First Amendment.

A state court judge in Virginia’s Fairfax County, outside the nation’s capital, is overseeing the trial, which is expected to last until late May.

Less than two years ago, Depp lost a libel case against The Sun, a British tabloid that labeled him a “wife-beater.” A London High Court judge ruled he had repeatedly assaulted Heard.

Depp’s lawyers have said they filed the U.S. case in Fairfax County because the Washington Post is printed there. The newspaper is not a defendant.

(Reporting by Lisa Richwine; Editing by Alistair Bell, Will Dunham, and Aurora Ellis)