The Federal Reserve just raised its policy interest rate by 0.50%, making this the highest price increase in 20 years. In response, the Bitcoin Fear & Greed Index eased from “Extreme Fear” to “Fear.”

This means a steady rise in crypto prices, at least for the short term. Also, this is great news if you’re a crypto investor as your portfolio may finally streak green after waiting for several months. What’s more, this can help you benefit more from the recent news.

First, we will discuss why the Federal Reserve made this wide-reaching decision on Wednesday. Then, we will talk about how this affects the price of bitcoin. More importantly, we will go through ways on how you can benefit from this news.

Why did the Federal Reserve increase interest rates? 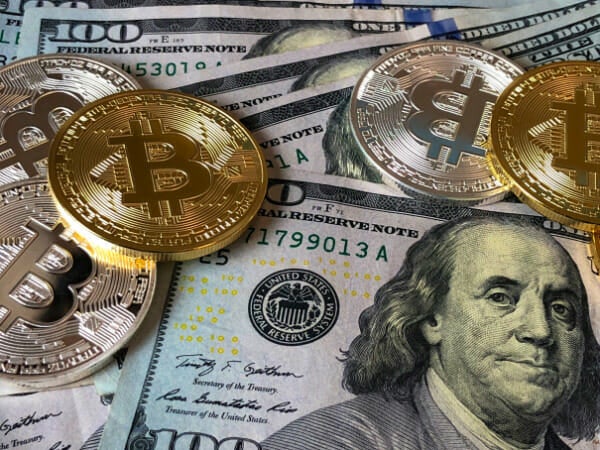 On May 4, 2022, Jerome Powell held a press conference following the Fed’s decision to raise the official interest rate by a half-percentage point.

During the event, he said, “Inflation is much too high and we understand the hardship it is causing. We’re moving expeditiously to bring it back down.”

The bitcoin price jumped from $38,716 to $39,790 after Powell’s remarks. Many people have been expecting such a price hike.

At one point, the price went as high as $40,002.75. Specifically, this occurred after the Fed Chairman dispelled the possibility of increasing interest rates by up to 0.75%.

Powell commented, “A 75-basis-point increase is not something that the committee is actively considering. I think expectations are that we’ll start to see inflation, you know, flattening out.”

The Federal Reserve intensified its drive to curb the worst inflation in 40 years by raising its short-term interest rate by a sizable half-percentage point.

It is the agency's most aggressive hike since 2000.https://t.co/0H2eDZoyph

The Federal Reserve decreased interest rates to near-zero to stimulate the economy during the COVID-19 lockdowns. This global event caused many businesses to close and workers to lose their jobs.

However, the US economy needs to recover as soon as possible. As Powell noted, the rising prices have been detrimental to people’s lives.
What’s more, recent events may have compelled the Federal Reserve to act much sooner. For example, the ongoing Ukraine-Russia crisis caused the price of commodities and crude oil to skyrocket.

However, the Fed acknowledges that a sudden sharp increase in the interest rate might affect how banks behave. For example, they may view such a drastic rise as a temporary measure.

In response, they might stick to a lower rate to beat the banks that may raise their rates first. The banks that retained their lower rates could attract more clients than competitors.

If the banks react to a 0.75% hike in such a manner, then rampant lending may continue. As a result, inflation may rise even further.

The Federal Reserve raises interest rates to discourage further lending. However, such a reaction from the banks could make this decision counterproductive.

This is likely the reason why the Federal Reserve stuck with a 0.50% rate hike instead of 0.75%. More importantly, this is great news for the price of bitcoin.

Why is this good for the bitcoin price? 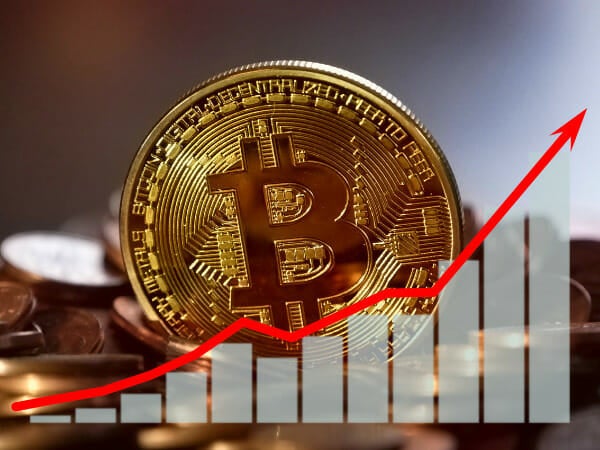 Investors use the price of bitcoin as a benchmark of how the overall cryptocurrency market is doing. It’s similar to how market indexes like the S&P 500 guide stock investors.

Such an increase may encourage people to start buying bitcoin and other cryptocurrencies again. Eventually, this could increase prices for most of the crypto market.

We should also note the role of cryptocurrencies for most people. Some see it as an alternative to conventional assets like stocks.

Naysayers point out the well-known volatility of cryptocurrency that makes stocks and exchange-traded funds (ETFs) more appealing to investors. However, recent events have changed some people’s minds.

Before the Fed rate hike, stocks like Rivian (RIVN) and Second Sight (EYES) have been declining in value. As a result, funds like Cathie Wood’s ARK Innovation followed suit.

Her basket of tech stocks fell by a staggering 60% from its peak in 2021. While bitcoin also declined in the same period, it only suffered a 38% loss in value.

The second-largest cryptocurrency Ethereum (ETH) dropped 35% while the total market cap for the other cryptos fell to 36%.

Recent events are shaping market conditions that are giving cryptocurrencies a slight advantage over alternatives. As people share this view, the bitcoin price will likely keep rising.

Read More: What To Know About Cryptocurrency Trading

It’s easy to dismiss bitcoin as unworthy of being an asset due to the negative news surrounding it. Yet, some of its staunch naysayers are changing their minds.

Let’s use JP Morgan as an example. Micheal Cembalest, the bank’s Asset & Wealth Management chairman, dismisses it as nothing more than a “Maltese Falcon.”

The 1941 film of the same name describes a priceless artifact that came to symbolize greed that turned out to be fake. Cembalest thinks this is a fitting analogy for bitcoin.

He noted, “I won’t be buying it even though part of me wants to, regardless of consequences, since that’s what some cryptic holders have been counting on from the beginning.”

Yet, JPMorgan held its first “Crypto Economy Forum for TradFi Investors” in 2021. The bank even gave away non-fungible tokens (NFTs) during the event.

In the same year, JPMorgan analyst Nikolaos Panigirtzoglou wrote that “bitcoin’s allure as an inflation hedge” is encouraging more investors to buy cryptocurrencies.

Lastly, launched two research reports in 2022 that show the merit of bitcoin as a store of value. All these factors are highly beneficial to the price of bitcoin!

The Rise And Fall of Bitcoin

The Federal Reserve increased the interest rate by 0.50%, which in turn caused the bitcoin price to go up. Higher interest rates can cause stock prices to go down, making cryptocurrencies a more appealing choice for investors.

As they buy more cryptos, the bitcoin price is likely to increase even further. Is this the right time to invest in cryptocurrencies? That’s for you to decide.

This article is not meant to provide investment advice; please consult with a financial advisor before investing in any cryptocurrency.

Here are some answers to concerns based on my research and opinion:

What is the bitcoin price at the moment?

At the time of writing, the price of bitcoin (BTC) was $39,579.51. Remember that crypto prices are highly volatile, so the bitcoin price may have changed by the time you’re reading this.

How do interest rates affect the price of bitcoin?

High-interest rates usually cause stock prices to tank, making cryptocurrencies an appealing investment for investors. As a result, they may start buying more bitcoins, so the bitcoin price goes higher.

Should I invest based on the current bitcoin price?

Note that there are several factors in choosing investments, not just the bitcoin price. Make sure you learn more about bitcoin before adding it to your portfolio.