Gilded Glamour: All the Highlights from the Met Gala 2022 I Trending

Gilded Glamour: All the Highlights from the Met Gala 2022

For New Yorkers, the first Monday of May depicts all glitz and glamour. As the most prominent annual fashion night, Met Gala took place on Monday night. The fashion extravaganza is an evening to remember, as it always has been. While some call it the Oscars of the East Coast, the fashion event is a parade of style and big names in Hollywood and the music industry.

The dress code for this year is “gilded glamour.” Following this theme, the iconic black-tailed tuxedos for men and tons of black and white dresses for women filled the night of the Met Gala. While others adapted to New York City’s color and strutted in metallic silvers and golds.

Fashion Crimes podcast host and stylist Holly Katz said, “Black and white are the colors of the evening.” 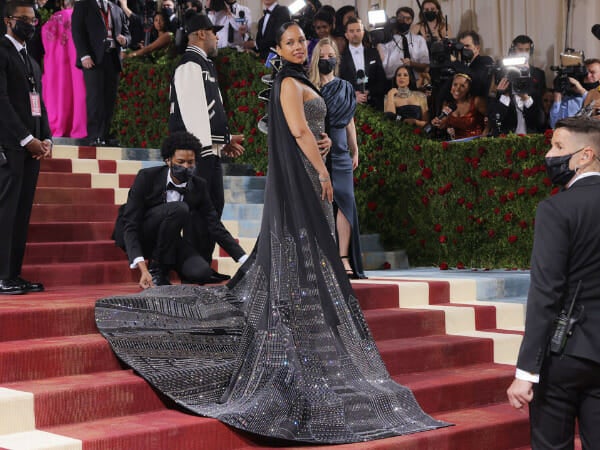 Alicia Keyes arrives at the In America: An Anthology of Fashion themed Met Gala at the Metropolitan Museum of Art in New York City, New York, U.S., May 2, 2022. REUTERS/Andrew Kelly

Due to the pandemic-held world, it’s almost less than a year since the last Met Gala. Moreover, this glamorous annual soiree of stars is a massive money-producer for the Metropolitan Museum of Art’s Costume Institute. Plus, it’s always the stars and influencers’ chance to flaunt in style based on the different themes each year.

Met Gala Stars of the Night 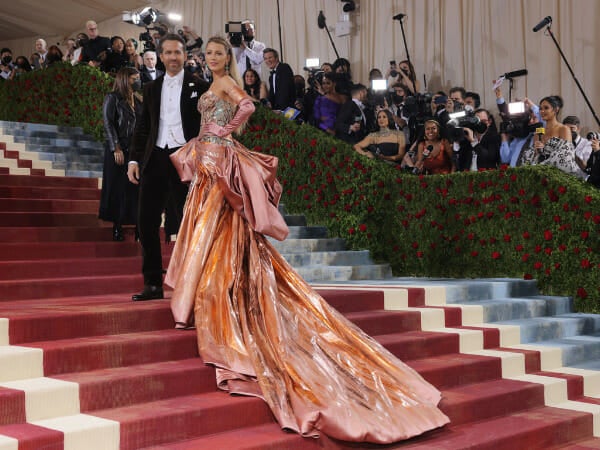 Blake Lively and Ryan Reynolds arrive at the In America: An Anthology of Fashion-themed Met Gala at the Metropolitan Museum of Art in New York City, New York, U.S., May 2, 2022. REUTERS/Andrew Kelly

With a given dress code every year, the attendees never seem to amuse their audiences. Whatever the given theme, always expect plenty of risks similar to a bomb drop. Anna Wintour said, “What’s wonderful about the Met Gala is that people feel very fearless.”

Meanwhile, here’s how each of the huge stars stores fashion’s biggest night.

Kim Kardashian walks down the red carpet wearing Marilyn Monroe’s legendary dress. The late Monroe wore this when she sexily greeted President John F. Kennedy with a happy birthday. Kim K needed to slash 16 pounds to fit in the dress. Jean Louis designed the dress and Ripley’s Believe or Not! Museum purchased it in 2016 for a surprising $4.81 million. Kim Kardashian and Pete Davidson arrive at the In America: An Anthology of Fashion themed Met Gala at the Metropolitan Museum of Art in New York City, New York, U.S., May 2, 2022.

Kardashian said, “It was such a challenge; I was determined to fit it.” It was that tight; Marilyn Monroe was sewn into it when she sang “Happy birthday, Mr. President” on May 19, 1962. The dress cost $12,000 at that time.

In addition, Met Gala host Blake Lively was stunning in her glorious rose gold gown by Atelier Versace. Her luxurious look for the night took inspiration from the Empire State Building, the blue ceiling of Grand Central Station, and the Statue of Liberty. While her husband Ryan Reynolds was all dashing in his brown velvet suit.

Lively said, “Instead of looking to fashion to influence the dress, I looked to New York City architecture.”

Attending the 2022 #MetGala, @billieeilish and @FINNEAS both in Gucci looks designed by #AlessandroMichele. @metmuseum pic.twitter.com/l9K0E3NcOY

Cynthia Erivo went with a white ensemble from Louis Vuitton, which comes with a matching headpiece. After years of the pandemic crisis, the Met Gala returned to its ordinary celebration.

Cardi B wore an over-the-top dress of chains and mesh. Her inspiration was a modern Gibson Girl, making her look like a golden goddess.

The one and only Cardi B! ✨ #MetGala pic.twitter.com/t7y9U8VTJc

Meanwhile, Gigi Hadid set a redefined cat woman. She wore a blood-red, tight skin Latex catsuit. It comes with a quilted coat from Versace under a corseted bodice.

Camello Cabello is gorgeous in her grand white gown from Prabal Gurung.

In addition, Janelle Monae went with an all-black and white ensemble. She partnered it with a bedazzled helmet piece.

The night of the Met Gala starts with the opening of the two-part exhibit at the Costume Institute. The show features American fashion and style. The night’s theme was an inspiration from the Gilded Age. It is the era when the 20th century became known for its golden dramas, grandeur, and robber barons.