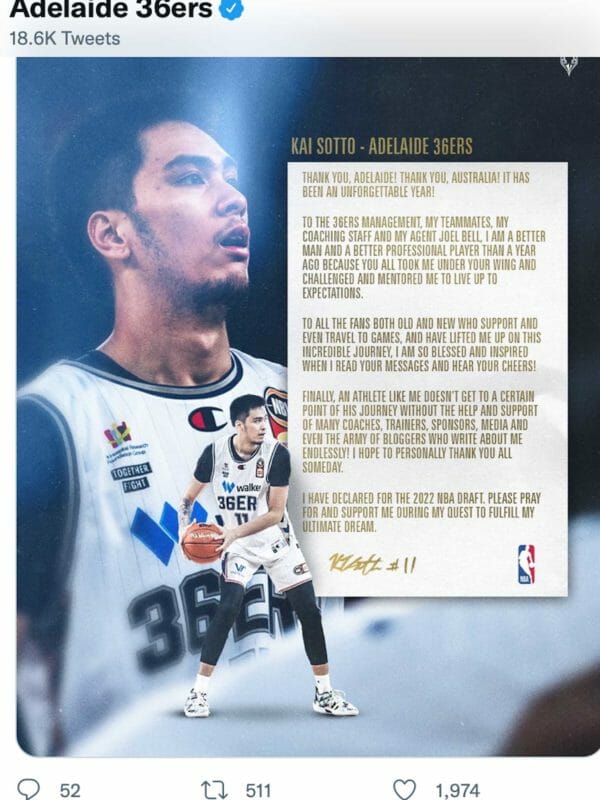 Kai Sotto is currently a 7-foot-2 center of the Adelaide 36ers. TWITTER

Kai Sotto, a 7-foot-2 center of the Adelaide 36ers announced on April 28 that he will enter the 2022 National Basketball Association draft.

The NBA draft will take place on June 23. The Adelaide 36ers is a team that competes in Australia’s National Basketball League.

Sotto, a former four-star prospect from the Philippines, averaged 7.5 points and 4.5 rebounds on 50% shooting from the field in 23 games with the 36ers. He produced perhaps his best game of the season on April 10 after recording a career-high 21 points.

He previously signed with the NBA G League Ignite for the 2020-21 season but never played due to prior obligations with the Philippines’ national team. He was the first international player to sign a contract with the G League.

Sotto is not projected to be selected by most mock drafts, but he will have the opportunity to improve his positioning in private workouts with teams. He could also be a candidate to participate in the draft combine next month, according to a Rookie Wire report.