Police were searching for the shooters who opened fire at a house party in the East Allegheny neighborhood of Pittsburgh that left two young people dead in the early hours of Sunday.

The two victims were both under 18 while eight more sustained gunshot wounds, police said, revising an earlier tally. An additional five were injured as they jumped out of windows or otherwise tried to flee gunfire that erupted at the short-term rental property where hundreds of people, mostly juveniles, had gathered at a large party.

“This shouldn’t have happened. We’re sick about it and we’re going do everything we can to get those responsible for it,” Pittsburgh Police Chief Scott Schubert said at a news conference on Sunday. 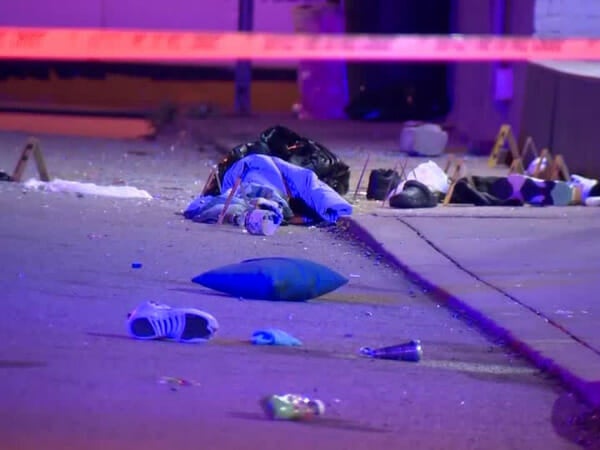 Two people have died and as many as 11 people were injured after being shot at a party in the East Allegheny neighborhood of Pittsburgh, the Pittsburgh Public Safety department said in a series of tweets on Sunday (April 17).

Schubert said evidence suggested there were multiple shooters and that investigators believed an altercation might have led to the violence but offered no further details. Authorities did not immediately provide the names of the two victims.

Over 90 rounds were fired at the “very chaotic” scene that investigators were combing for clues and where they recovered multiple weapons as well as different casings, Schubert said.

Gunshots were fired both inside and outside the residence and police pleaded with witnesses and people who attended the party to come forward and share videos or any other evidence they might be able to provide.

The shooting in Pittsburgh took place just hours after a shooting at a South Carolina mall left several people injured and days after a gunman opened fire in a New York City subway car, injuring dozens.

(Reporting by Maria Caspani in New York and Anirudh Saligrama in Bengaluru; Editing by Toby Chopra and Lisa Shumaker)