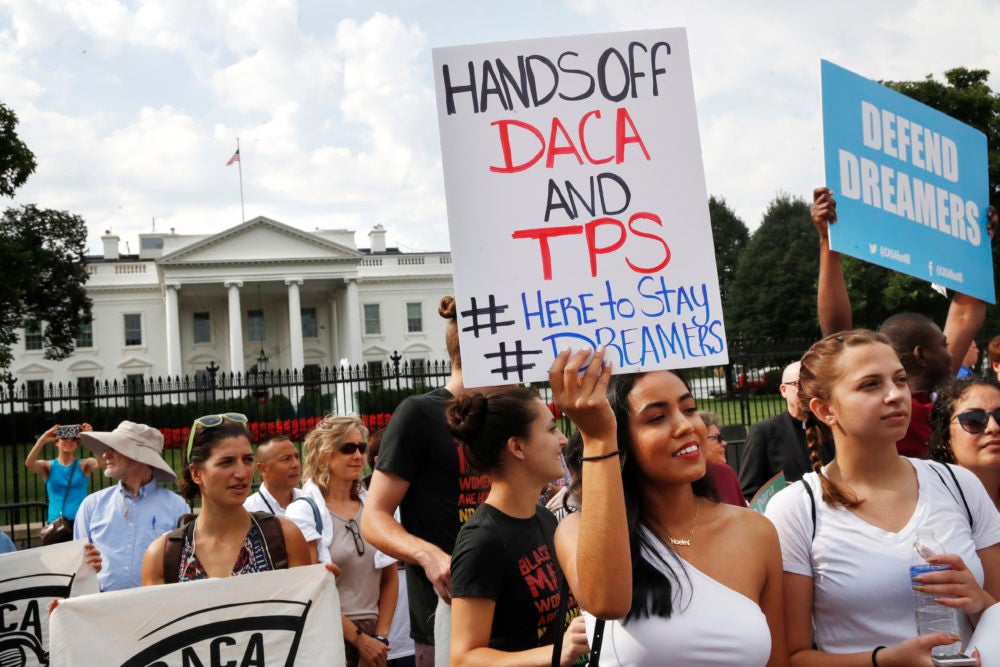 WASHINGTON, DC — The White House released its immigration framework, signaling that the Trump administration is not serious about providing a legislative solution to the 800,000 DACA recipients who are in limbo.

The Trump administration is holding hostage the safety of these young immigrants in exchange for a xenophobic immigration policy that will eliminate the family-based immigration system and the diversity visa program while wasting taxpayer money on an unpopular border wall, ramping up a mass deportation machine, and stripping away due process from asylum seekers.

The President has yet again chosen to back a racist agenda on immigration instead of coming to the table with a sensible solution for 800,000 immigrant youth.

It is deeply disturbing how this administration continues to play with people’s lives while having no regard for the will of the people. Eighty-two (82) percent of American voters want undocumented youth to be able to stay in the United States and have the ability to become U.S. citizens. However, this administration chose to derail any sensible solution by providing an immigration framework that is fueled by a white supremacist agenda.

President Trump manufactured this problem when he ordered the shutdown of the DACA program. Now it is past time for him to listen to the American people and not to his anti-immigrant staff like Stephen Miller and John Kelly.

Our immigration policy should be guided by our morals and values around family unity and diversity, not by xenophobia and anti-family sentiments. We call on all of our elected officials to reject this hateful proposal and to follow the leadership of undocumented youth at the frontlines of this struggle.

The only acceptable outcome is to swiftly pass a Clean DREAM Act. Asian Americans Advancing Justice will continue to fight against xenophobic policies and advocate for policies that treat all people with the dignity and respect they deserve.