DEMOTTE, Indiana — A northwest Indiana woman has honored her father’s memory with a humorous obituary that recounts his fondness for his family and details how he left behind 32 jars of Miracle Whip, 17 boxes of Hamburger Helper and other items that could prove helpful in a zombie apocalypse.

The obituary for Terry Ward also says he “escaped this mortal realm” with a belief that “The Blues Brothers” was the best movie ever. It recounts how he drove one of his Illinois high school teachers to an early retirement, volunteered to serve in the U.S. Army and worked “39 years of begrudging service” for AT&T. It also includes a long list of things he loved — including “free beer” and “discussing who makes the best pizza” — and says he was known for doling out ice cream sandwiches to his grandchildren.

Jean Lahm said she wrote the obituary for her father with a bit of humor because he “lived to make other people laugh.” She said she began writing the obituary Tuesday after the 71-year-old died from a massive stroke.

“I wrote it myself and I didn’t tell anyone I was going to make it funny,” said Lahm, who added that her family thought the obituary was perfect.

The obituary has gotten attention online and Lahm said she’s read comments from others saying, “I wish I would have known him.” She said she’s just happy to have been able to “get his personality across.”

“He cared about the things that truly mattered. A lot of people can relate to that. A lot of people have these great dads that are just like that. Good guys. That’s what he was,” Lahm said. 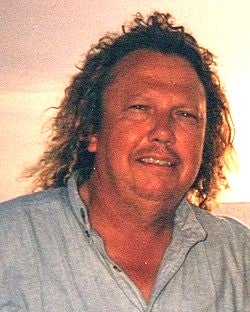 Terry Wayne Ward, age 71, of DeMotte, IN, escaped this mortal realm on Tuesday, January 23rd, 2018, leaving behind 32 jars of Miracle Whip, 17 boxes of Hamburger Helper and multitudes of other random items that would prove helpful in the event of a zombie apocalypse.

Terry is survived by his overly-patient and accepting wife Kathy, who was the love of his life (a fact she gladly accepted sympathy for during their 48 years of marriage). He is also survived by daughters Rebecca (William) Hines and Jean (Jeff) Lahm; sister, Linda; brother, Phil; grandchildren: Alexander and Hannah Hines (The Mesopotamians), Daphne and Erin Pistello (The Daffer and Peanut), Brendan and Owen Lahm (Phineas and Ferb) and Tessa McMurry (Smiley).

He is preceded in death by his parents Paul and Bernice Ward, daughter Laura Pistello, grandson Vincent Pistello, brother Kenneth Ward, a 1972 Rambler and a hip.

Terry graduated from Thornridge High School in South Holland, IL, where only three of his teachers took an early retirement after having had him as a student. He met the love of his life, Kathy, by telling her he was a lineman – he didn’t specify early on that he was a lineman for the phone company, not the NFL. Still, Kathy and Terry wed in the fall of 1969, perfectly between the Summer of Love and the Winter of Regret.

Terry volunteered his service in the United States Army and was an active combat Veteran in the Viet Nam War.

He retired from AT&T (formerly Ameritech, formerly formerly Indiana Bell) after 39 years of begrudging service, where he accumulated roughly 3,000 rolls of black electrical tape during the course of his career (which he used for everything from open wounds to “Don’t use this button” covers).

He was a renowned distributor of popsicles and ice cream sandwiches to his grandchildren. He also turned on programs such as “Phineas and Ferb” for his grand-youngins, usually when they were actually there.

He despised “uppity foods” like hummus, which his family lovingly called “bean dip” for his benefit, which he loved consequently. He couldn’t give a damn about most material things, and automobiles were never to be purchased new. He never owned a personal cell phone and he had zero working knowledge of the Kardashians.

Terry died knowing that The Blues Brothers was the best movie ever, (young) Clint Eastwood was the baddest-ass man on the planet, and hot sauce can be added to absolutely any food.

Tremendous and heartfelt thanks go to the truly exceptional nurses at Southlake Methodist Hospital Neuro-Intensive Care Unit, who provided much more than nursing care for Terry, but also provided a peaceful and compassionate environment during his transition from this life to the next.

Friends can visit with the family on Saturday, January 27, from Noon until the time of the Funeral Service at 4:00 PM, with Pastor Mark Wilkins officiating, at Geisen Funeral, Cremation & Receptions Centre, 606 E. 113th Ave., Crown Point, IN. Services will conclude at the funeral home.

Memorial donations in Terry’s name can be made to your favorite charity or your favorite watering hole, where you are instructed to tie a few on and tell a few stories of the great Terry Ward.