Conjoined twins Lucio and Simplicio Godino who performed vaudeville acts in the 1920s. (Courtesy of Kadel and Herbert News)

In 1888 or more than a hundred years ago, Jose Rizal visited New York and stayed at the Fifth Avenue Hotel overlooking Madison Square Park. He was a young doctor then who constantly traveled abroad to campaign for independence for his country and to write books. He was just transiting in NYC.

In the decades following that auspicious beginning, the five boroughs have become home to Filipino American immigrants who have found success in theater, health care, fashion and other professions.

Kevin Nadal and the Filipino American National Historical Society Metropolitan New York Chapter provided this backstory in a book that is a handy, quick read with lots of photographs.

The book, Filipinos in New York City, is part of Arcadia Publishing’s “Images of America” series featuring a “walk down memory lane” narratives of American towns and cities and the communities that enriched them. 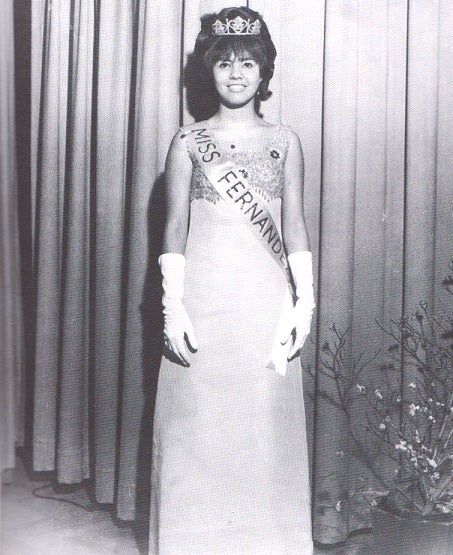 Beauty pageants were a part of Fil-Am life then, as they are today. Dolores Fernandez was crowned Miss Philippine America in the 1960s. (Courtesy of the Alic-Fernandez family)

The text – all of two pages – presents how the Filipinos came to NYC in waves: First as students at Ivy League universities like Columbia and NYU in the late 1890s, and later as seafarers and military servicemen after World Wars I and II. The professionals – nurses, doctors and engineers – came in the 1960s following the passage of the Immigration Act of 1965.

The captions augment the scant narrative with tidbits of delightful and illuminating information that further dramatizes Filipino American history on a personal level.

Pictures of Filipino seafarers who lived in Brooklyn Navy Yards in the 1920s open the early chapter, and the book closes with more recent images of Filipino families photographed at the World Trade Center before 9/11, the Rockefeller Center and other notable NYC landmarks. 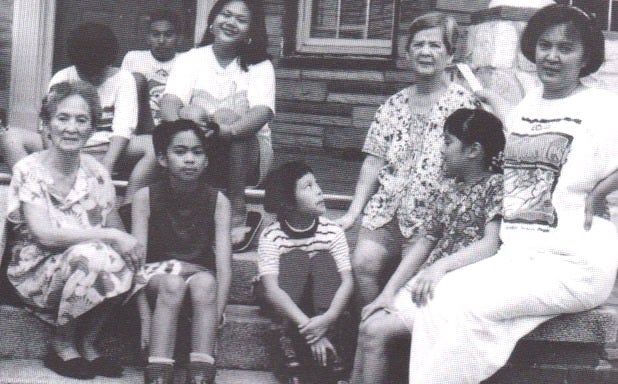 It is a rich community album. If you get a copy, you may even find yourself in between the pages because Nadal also used contemporary images from Facebook of many regular folks and also notable New Yorkers such as Judge Lorna Schofield, Tony awardee Lea Salonga and CEO-philanthropist Loida Nicolas Lewis.

I personally find the vintage snapshots with their captions a fascinating read. One is a photograph of former Philippine Foreign Secretary Carlos Romulo aboard a Japanese ship on his way to attend school as a “pensionado” at Columbia University. The picture was taken in 1919. 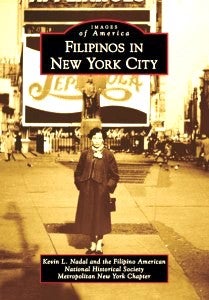 Another memorable image is that of conjoined twins Lucio and Simplicio Godino who were circus acts at Coney Island when they were 11 years old. They left and returned to New York in 1924 when they were 16. They later found work in NYC as vaudeville performers until one of them died from an illness and the other brother followed shortly after.

Artist Fernando Amorsolo, pictured in his vested suit carrying an easel and brush, “traveled through Ellis Island in 1919 and lived in New York for several years,” according to the book.

All the images are in black and white, which gives the book the heavy feel of nostalgia.

Nadal said he hopes the book will inspire Filipino Americans to know that “Filipinos have a long history in the U.S. especially in New York City,” and also to document the histories of their families.

The book is available online through ArcadiaPublishing.com or by phone at 888-313-2665l.