Spirit Airlines to negotiate with JetBlue Airways over its $3.6-billion bid

Spirit Airlines to negotiate with JetBlue Airways over its $3.6-billion bid

Spirit Airlines would start talks with JetBlue Airways Corp on its $3.6-billion offer, the budget carrier said late on Thursday as it could likely lead to a “superior proposal” to the one from Frontier Group Holdings.

JetBlue made an unsolicited offer of $33 per share in cash earlier this week, beating a near $25 per share cash-and-stock bid from Frontier made in February.

“We look forward to engaging with the Spirit Board to finalize our combination, to create a national low-fare challenger to the four large dominant U.S. carriers that will result in lower fares and better service for customers,” JetBlue Chief Executive Robin Hayes said. 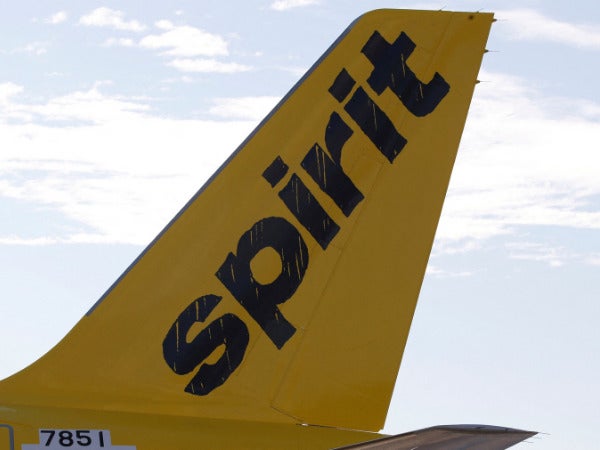 A logo of low cost carrier Spirit Airlines is pictured on an Airbus plane in Colomiers near Toulouse, France, November 6, 2018. REUTERS/Regis Duvignau/File Photo

Frontier did not immediately respond to a request for comment. Spirit said the discussions with JetBlue would be in keeping with the terms of its merger agreement with Frontier.

Denver-based Frontier and JetBlue are in a tug of war for Florida-based Spirit to capture a larger share of the leisure market and better compete with legacy carriers.

The moves towards consolidation come at a time when the pandemic battered airlines industry is working through higher fuel and labor costs to keep up the demand from travelers.

Either deal is sure to invite a close scrutiny from U.S. antitrust authorities, who have taken an aggressive stance under the Biden administration toward deals that reduce competition and raise prices.

JetBlue is already facing an antitrust lawsuit over its partnership with American Airlines Group Inc. The suit filed in September alleges the deal would lead to higher fares in busy northeastern U.S. airports.

Shares of Spirit have lost 1.5% since JetBlue made its bid on April 5, while those of JetBlue have dropped 11.4%.

(Reporting by Nilanjana Basu and Abinaya Vijayaraghavan in Bengaluru; Editing by Arun Koyyur)