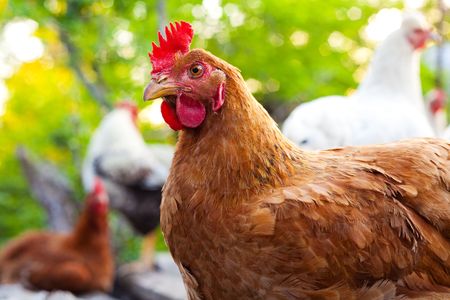 One Texas family lost an important member, and the best tribute they gave her was an obituary. But that family member was not human — it’s a chicken.

A Rhode Island red chicken, called Big Mama by the family which owns it, died on Sunday. The Sword family released an obituary as a way to remember their beloved pet in the local Texas newspaper, The Eagle.

Matthew Watkins, who is a contributor for the newspaper, posted on his Twitter the obituary released on its Tuesday issue.

In the report, the family matriarch Stephanie recalled how Big Mama came into their lives in September 2013. Big Mama’s previous owner decided to have her euthanized, but the veterinarian intervened and convinced that owner to give the chicken up for adoption instead.

Originally, Big Mama was named Angie, but that name was changed because Stephanie’s husband Gregory previously dated a woman with the same name.

It took some time for Big Mama to get used to her new life, as she was comfortable staying indoors with her previous owner. “She refused to go in the chicken coop at times, and she would try to come into the house,” Sword told The Eagle.

Big Mama slowly grew comfortable in her new life with the Swords as she was “living in a stock, outdoors, free-ranging.”

But all these good things came to an end when the family noticed that Big Mama no longer come out of the coop. “She was in her favorite spot in her coop,” Sword remembered. “She just went to sleep, and that was it.”

“Big Mama was very close to being euthanized, but through the kindness of friends and vet techs and veterinarians that saved her, she made her way to us and had this beautiful life as part of our family,” Sword said about the chicken

With that, the family proceeded with what to them is a fine way of remembering their pet, as Sword explained: “We really felt if any chicken deserves an obituary, it was Big Mama.” Katrina Hallare/JB