Mercedes-Benz finally kills off diesel in US market 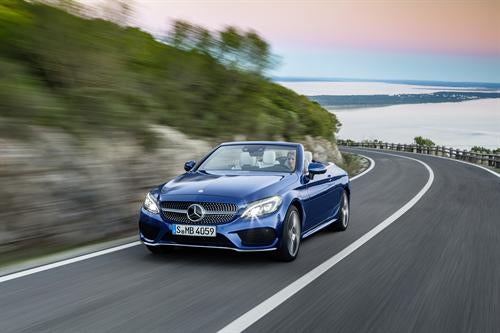 Mercedes-Benz may not have been the most vociferous exponent of the benefits of diesel engines in passenger cars in America over the last decade or so, but it was up there for a while. While Volkswagen could appear almost evangelical at times about diesels a while back, the emissions cheating scandal it got embroiled in ended any chances it had of converting United States buyers to its “clean diesel” models.

Mercedes has now been involved in two years of debates and discussions with the Environmental Protection Agency about diesels, but it has now finally decided not to put diesel engines in its passenger vehicles anymore.

According to the Autoblog website, at the recent Detroit Auto Show, the Mercedes Car Group’s head of research and development, Ola Källenius, said diesels only account for three percent of brand sales at most, and that, “The diesel doesn’t fit into our portfolio in the U.S.” In the future then, the company’s only diesel engines will be in its Sprinter line of commercial vans.

In the wake of “Dieselgate” in early 2016, the U.S. Department of Justice told Daimler it would probably be a good idea to have a look at the diesel certification process of its Mercedes vehicles. Not long afterwards, Mercedes put plans on hold for a year to sell diesel versions of its C-Class sedan and GLC-Class crossover in the American market. A year on from that decision, the EPA was still holding back on granting Mercedes the right to sell 2017-model-year diesel vehicles in the US, so Mercedes has now understandably decided to stop trying.

If Americans were anywhere near as keen on diesel vehicles as their European counterparts have been encouraged to be by governments over the last couple of decades, the fight would probably continue. But with only 2 to 3 percent of its sales being diesels, it makes no commercial sense for Mercedes to continue trying to sell models with engines nobody seems to want in America anyway. JB

Lamborghini considering hybridization of next Aventador