LeBron James moved up to second on the NBA’s all-time scoring list on a bittersweet night after dropping 38 points on the Washington Wizards in a 127-119 loss for the Los Angeles Lakers on Saturday.

James reached the milestone with a lay-up in the second quarter and acknowledged the crowd who gave him a standing ovation.

But his night was spoilt by the Wizards who bounced back from a 16-point deficit to beat the Lakers, who are ninth in the Western Conference.

“Obviously, at some point I’ll be able to look back at this moment but right now, the feeling I have, I can’t separate it,” James said. 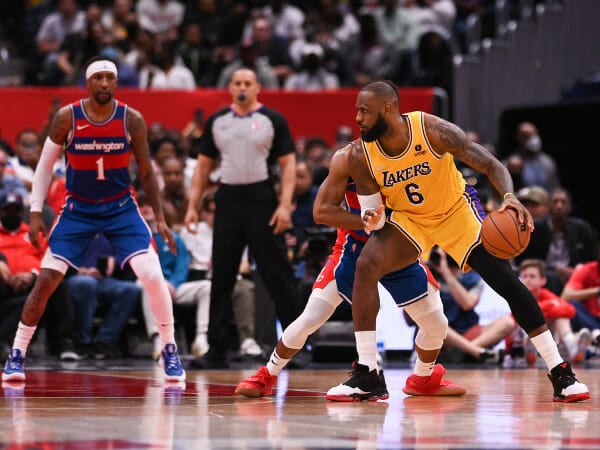 Former Milwaukee Bucks and Lakers center Kareem Abdul-Jabbar, a six-times NBA champion, tops the scoring list with 38,387 points — a record that has stood for 33 years since he retired in 1989.

“I will not allow myself to think about it. I’ve always just played the game the way I’ve been playing it over the years,” James added.

“These things have just happened organically by just going out and playing the game the right way… I hope to accomplish that at some point in my career, but I won’t think about it too much.”

James, a four-times NBA champion and 18-times All-Star, is under contract with the Lakers for next season, which will be his fifth with Los Angeles and 20th overall.

(Reporting by Rohith Nair in Bengaluru; Editing by Ed Osmond)