US Capitol riot probe to expose new details on attack

The U.S. Congress’ probe of the deadly Jan. 6, 2021, attack on the Capitol will reveal new details of that day’s events and may recommend new criminal penalties for officials who fail to uphold their duties, Representative Liz Cheney said on Sunday.

“There will be legislative recommendations and there certainly will be information” on the attack the public has not yet heard, Cheney told NBC-TV’s “Meet the Press.”

Cheney is one of two Republicans on the nine-person U.S. House of Representatives select committee that has been holding closed-door sessions over the past several months as it interviews witnesses about events leading up to and during the attack by supporters of then-President Donald Trump.

The committee is expected to hold public hearings later this spring. Cheney said a top priority will be making recommendations, including possible “additional enhanced criminal penalties.”

Such penalties, Cheney added, would be aimed at “the kind of supreme dereliction of duty that you saw with former President Trump when he refused to tell the mob to go home after he provoked that attack on the Capitol.” 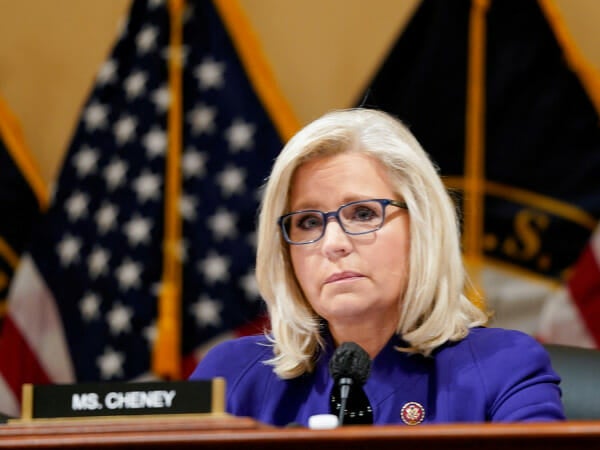 U.S. House Select Committee to Investigate the January 6th Attack on the U.S. Capitol Vice-Chairperson U.S. Representative Liz Cheney (R-WY) is seen before a vote on a report recommending the U.S. House of Representatives cite Steve Bannon for criminal contempt of Congress during a meeting on Capitol Hill in Washington, U.S., October 19, 2021. REUTERS/Elizabeth Frantz

Cheney told NBC that her work on the committee has only raised her distress about what unfolded that day.

“I have not learned a single thing since I have been on this committee that has made me less concerned or less worried about the gravity of the situation and the actions that President Trump took and also refused to take while the attack was underway,” she said.

Thousands of Trump’s supporters stormed the Capitol, battling with police and sending lawmakers running for their lives after Trump in a fiery speech near the White House repeated his false claims that his election defeat was the result of widespread fraud.

Multiple courts, state election officials and members of Trump’s own administration have rejected that claim as untrue.

Trump has been openly flirting with the possibility of running again in 2024 at a series of rallies.

Cheney and Representative Adam Kinzinger, who also serves on the special committee, were among the only 10 Republicans who voted early last year to impeach Trump for his role in the Jan. 6 attack.

One police officer who battled rioters on Jan. 6 died the day after the attack and four who guarded the Capitol later died by suicide. Four rioters also died, including a woman who was shot by a police officer while trying to climb through a shattered window. About 140 police officers were injured during the hours-long attack.