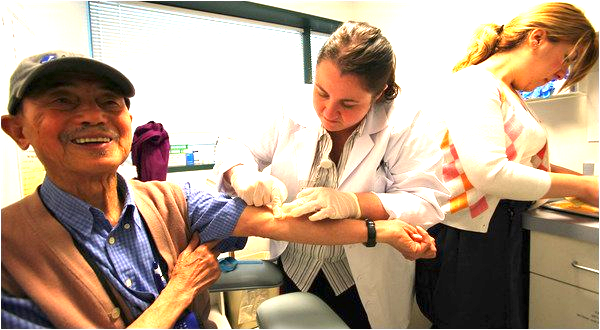 An unidentified elderly man gets himself screened for hepatitis B, a vaccine-preventable disease. CONTRIBUTED

SAN MATEO, California — An intensified drive against hepatitis B and liver cancer is trying to raise public awareness of the single largest health disparity within the Asian American and Pacific Islander community.

Program Coordinator Richard So shared said the program is geared towards the 1.7 million Asian and Pacific Islander residents of the Bay Area, or some 24 percent of the population, with disproportionate cases of liver cancer and undetected hepatitis B infection.

“While Asian Americans constitute only 4% of the population in the United States, they comprise over half of the nation’s 1.2 to 2 million people chronically infected with hepatitis B. Also according to studies, only 1 in 1,000 non-Hispanic whites are infected with the hepa B. This is one of the greatest racial health disparities in the United States,” explained So. “Fortunately, hepatitis B is a vaccine-preventable disease. A safe and effective vaccine has been available since 1982.” 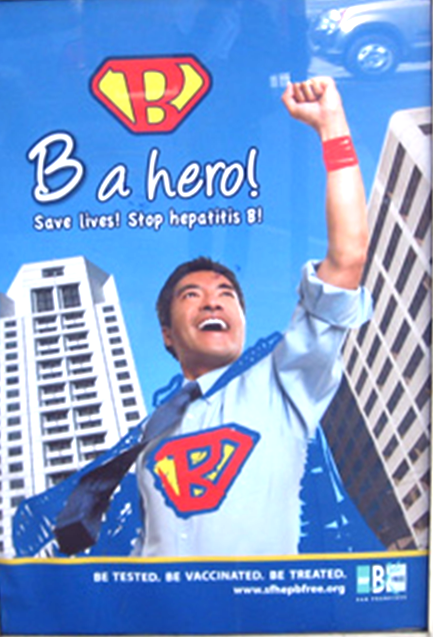 Posters of the San Francisco Hep B Free – Bay Area campaign are found in bus stations, in some buses, BART stations and trains. CONTRIBUTED

SF Hep B Free – Bay Area is a re-branding of SF Hep B Free, which seeks to unite all Bay Area efforts. San Mateo County is the first official expansion under this new banner and falls directly under SF Hep B Free leadership.

The SF Hep B Free campaign was launched in San Francisco in April 2007 to promote collaboration between government, healthcare groups, community organizations and businesses to end viral hepatitis B.

It serves as a model nationally for creating public and healthcare provider awareness about the importance of testing and vaccinating Asian and Pacific Islanders for hepatitis B; promoting routine hepatitis B screenings and vaccinations within the primary care medical community; and facilitating access to treatment for chronically infected individuals.

According to the Asian Liver Center at Stanford University, the first non-profit organization in the United States that addresses the disproportionately high rates of chronic hepatitis B infection and liver cancer in Asians and Asian Americans, “Hepatitis B is a vaccine- preventable disease of the liver and leading cause of liver cancer worldwide caused by infection with the hepatitis B virus (HBV).”

Its initial HBV infection or acute infection symptoms could be so mild that many people, including their doctors, may not know they have been infected. The condition could result in an illness with symptoms of fatigue, loss of appetite, dark urine and yellow discoloration of the eyes, lasting for several months, and even death from liver failure.

An estimated 1 in 30 people worldwide, or approximately 240 million individuals, is living with chronic hepatitis B, which causes 60-80% of liver cancer cases worldwide. Without appropriate medical management, as many as 1 in 4 chronically infected people will die from liver cancer or liver failure, resulting in about 600,000 to a million deaths annually.

“For us, we wish we did not have to be here. Hepatitis B shouldn’t be killing people anymore. A vaccine that can prevent liver cancer induced by hepatitis B has been there since 1982, screening is simple and free but must be requested from your health care provider. But there is no cure. Treatment of chronic infection does exist in the form of a one-a-day pill and is affordable with good insurance,” So added.

“It is most commonly spread from mother to child at birth if the child does not get the hepatitis B vaccine soon after birth. It can also be spread from sex, and contaminated injection drug equipment, although this is less common.” 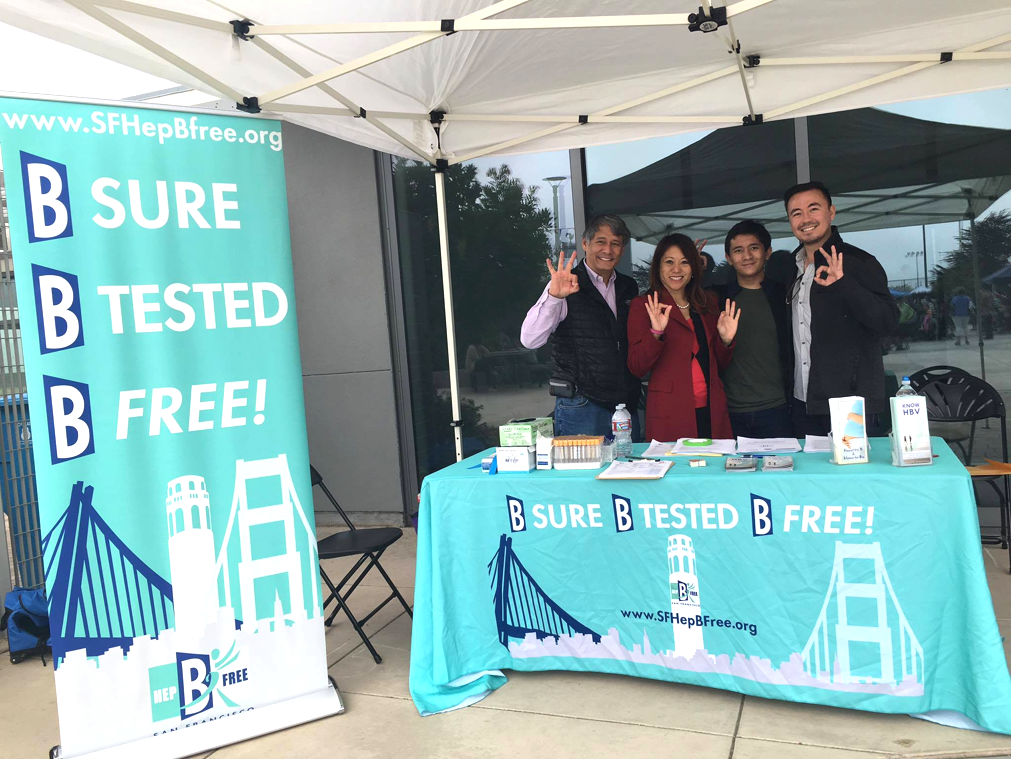 Volunteers encourage Asians and Pacific Islanders to be screened and vaccinated for hepatitis B, which chronically infects 1 in 12 Asian Americans in the United States. CONTRIBUTED

So believes that even with advances in research for screening of and vaccine, stigma still exists around hepatitis B for it is still seen in many countries outside the US as a sexually transmitted disease (STD associated with promiscuity, unsafe sex and drug use despite the fact that the most common form of transmission is mother to child.

“This stigma that causes fear, shame and discrimination still exists in many cultural circles within the US today. Ignorance of the disease and its method of transmission causes people to fear ‘catching’ hepatitis B by sharing toilets, utensils and living spaces with an infected person,” So explained.

“Furthermore, in many Asian Pacific Islander cultures, talking about disease and death is taboo so people remain unaware of the disease,” he added. “Education, awareness and engagement are keys for Asian communities including Filipinos.”

Breaking the silence and the stigma is enormously helpful, he said. In previous efforts, shifting the focus from STDs and drugs to mother to child transmission (which is the biggest cause of infection) was very useful. Getting community members to visit their doctors and get tested is the best way to save lives.