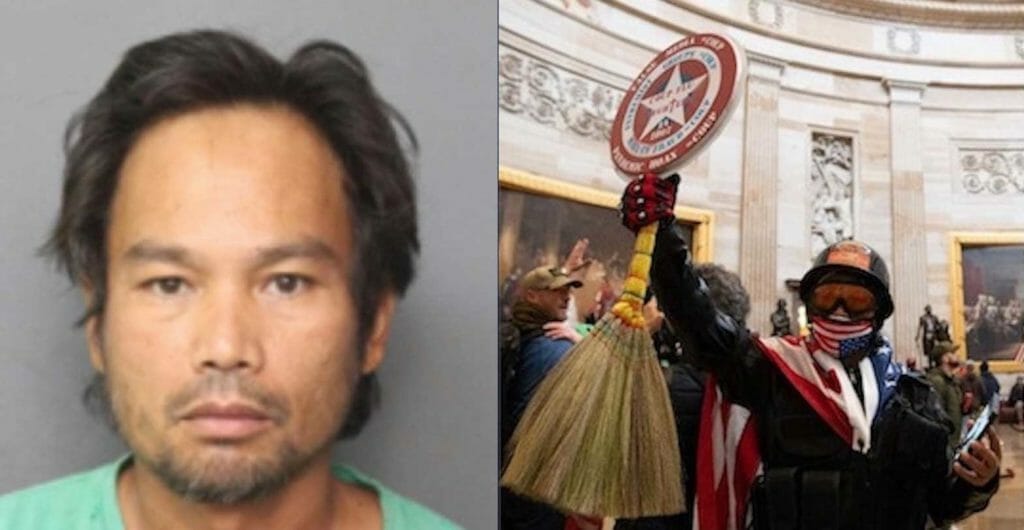 A Filipino American in Virginia who was arrested for joining the siege of the U.S. Capitol pleaded guilty on Monday, March 7, for his role in the Jan. 6 riot.

Months after his arrest in May, he was also charged with sexual abuse of a child.

Kene Brian Lazo, of Norfolk, Virginia was in the mob of Donald Trump supporters who attacked the police and breached the Capitol to try to prevent Congress from certifyingJoe Biden‘s victory in the November 2020 presidential election.

Lazo admitted before U.S. District Judge Christopher Cooperthat he entered the Capitol building and spent some 30 minutes in the Rotunda and the Senate chamber.

Lazo faces up to six months in jail on the parading and picketing charge, along with a potential fine. Under the plea agreement, he will pay $500 in restitution. Cooper set Lazo’s sentencing for July 6.

Wearing a helmet, goggles, other tactical gear, Lazo waved a Philippine reed broom (walis tambo) and chanted “our house!” as he entered the Capitol.

The pictures Lazo posted on social media enabled authorities to track him down. His helmet had the label “Rodbustars,” the name of the construction company he owned with his wife. He lost the business in the fallout from the riot.

Lazo immigrated from the Philippines when he was 8 years old and acquired U.S. citizenship later.

Months after his May arrest for the Capitol siege, Lazo was arrested on more serious charges of rape, aggravated sexual battery of a minor under 13 years of age, and assault and battery of a family member.