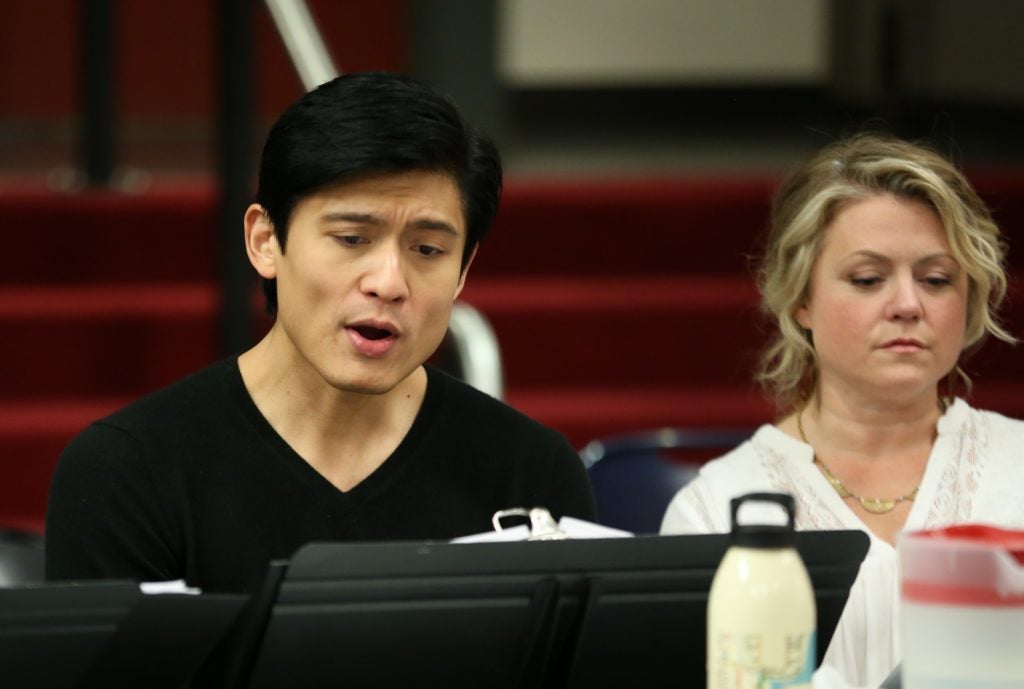 SEATTLE — Paolo Montalban will play one of three men who might be the father of a young lady in the romantic comedy musical “Mamma Mia!” this February.

Featuring songs by Swedish music group ABBA such as “Dancing Queen,” “Take a Chance on Me,” and “Money, Money, Money”, among others, this jukebox musical has been staged on Broadway (14 years) and has toured the world for nearly 20 years.

The musical is about soon-to-be-married Sophie, who wishes for her father to walk her down the aisle, except she doesn’t know who he is.

Montalban will play Sam, an architect who is one of the candidates—all three of whom are invited by Sophie to her wedding.

Pierce Brosnan played Sam in the 2008 movie version alongside Meryl Streep and Amanda Seyfried. (“Mamma Mia! Here We Go Again,” a movie sequel to the 2008 film, is scheduled for release later in the year.)

Before rehearsals began, Montalban wrote to the show’s director Bill Berry: “Everyone I’ve told that I’m doing this production says it’s a huge deal to have a Filipino American playing Sam. I am honored to have been considered.”

“It’s particularly significant,” Montalban explains of his casting, “because 5th Avenue Theatre is widely regarded as one of the most respected regional theaters in the country that mounts top-notch productions of both new and classic musical theater works.”

“Throughout my career, I have always been a huge proponent of multi-racial and non-traditional casting,” says the actor who rose to public attention when he was cast as Prince Christopher in the 1997 made-for-TV film version of the musical “Cinderella” with singer Brandy in the title role and Whitney Houston as the Fairy Godmother.

Montalban’s recent credits include “The Unsinkable Molly Brown” at St. Louis Municipal Opera Theatre (commonly known as The Muny) in St. Louis, Missouri, and the world premiere of “Benny and Joon” at The Old Globe Theatre in San Diego, California.

“Dancing Queen” is Montalban’s “absolute favorite” song from the musical.

“My reasons are twofold. First of all, from a purely sonic standpoint, hearing our talented 28-person cast sing the harmonies of the chorus is easily one of the most satisfying things I’ve experienced in 2018 so far.

“My second reason borders closer to the divine,” he says. En route to Seattle for this production, he had a layover in Vancouver airport. As he was purchasing pasalubong at one of the shops, the song started playing over the airport sound system. 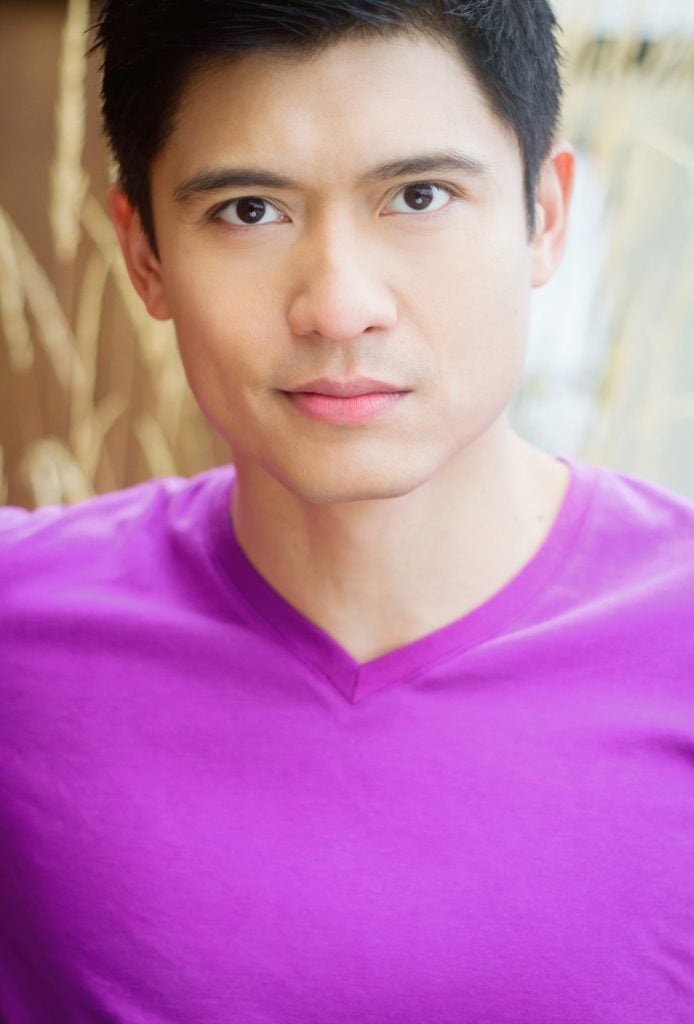 “It was like a sign telling me that I was in the right place, heading toward an incredible experience. Check out my Twitter account @paolomontalban to see the video of it happening in real time.”

As the winter season is in full swing, there are two dangerous elements waiting to strike actors: cold and dry air that can affect their voices and the current flu epidemic.

Montalban has a battle plan in place.

For his voice, “I have a bedside humidifier and a sinus rinse squeeze bottle. I warm up my voice with steam in the shower. I drink upwards of a least two liters of water a day. I avoid loud places where I have to speak over the din of the room.”

As for avoiding any possible viruses, “It’s all about frequent hand washing and sanitizing, getting a flu shot, eating well, working out, and getting enough rest and sleep.”

He adds, “And if someone in the company is sick, my last-ditch effort is trying to actually catch what they have early enough in the rehearsal process, so I’m inoculated for the run of the show!”

For encouraging and promoting multiracial and non-traditional casting in theater, Montalban says theatergoers have a say in the matter.

“As an actor, what I do is only a small part of the equation,” he says.

“I believe the local community and the public at large play an important role in influencing the casting landscape in entertainment.”

“If my kababayan would like to see more of themselves, or even Asians as a whole, being represented in large-scale professional theatrical productions, they can help out by coming down to 5th Avenue Theatre for a fun-filled family friendly night or matinee of ‘Mamma Mia!’ Let your ticket be your voice.”
“You probably know many of the ABBA songs, so there will be many opportunities to sing and party along with us. And we all know Filipinos love to sing and party!”