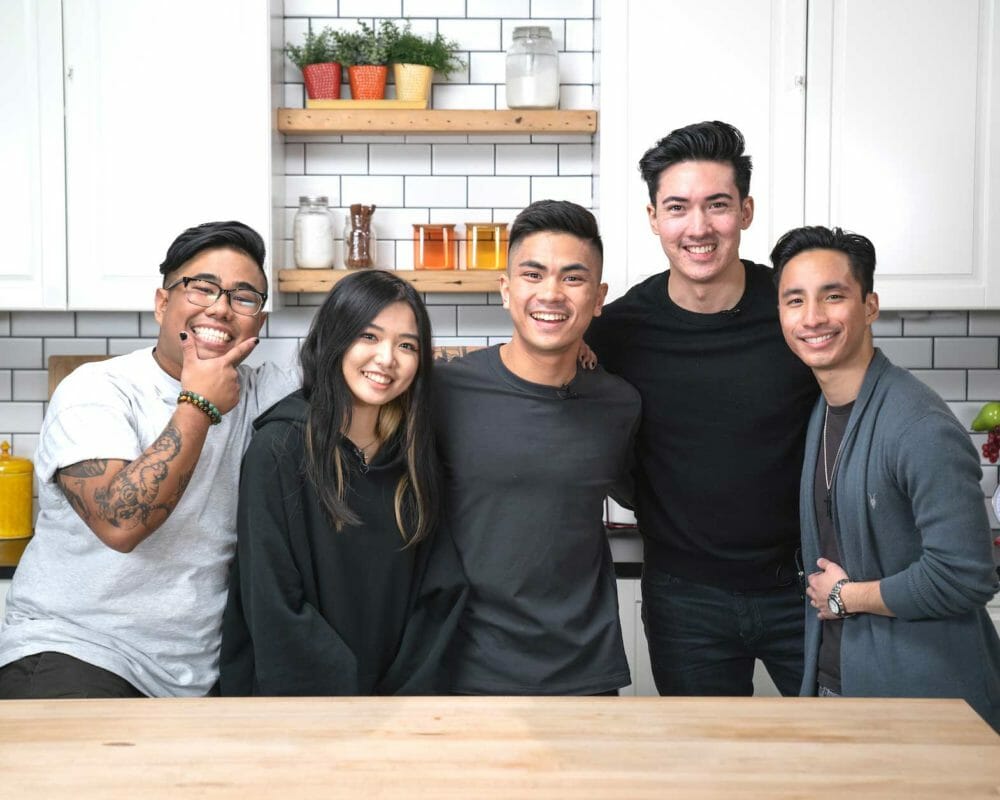 Chris Jereza (middle) with the Filipino-American cast of the dating game he produced for BuzzFeed titled “Single Woman Picks a Date Based on Their Filipino Cooking.” CONTRIBUTED

NEW YORK – Chris Jereza, a 23-year-old Filipino American has a cool job creating media content for the media group BuzzFeed. But he had to depart from a “safe” career path to be where he is now.

Last December, Jereza produced a dating game for BuzzFeed titled “Single Woman Picks a Date Based on their Filipino Cooking” that now has over 800,000 views on YouTube. The game has three guys trying to win over a girl by the food they prepared.

It was Jereza’s original idea for BuzzFeed, inspired by previous dating shows and food videos that he stitched together. It’s also an homage to his Filipino background.

The dating show is the only Filipino-specific project he’s done so far as a video producer at BuzzFeed. Jereza sometimes produces two videos a month or sometimes eight in a couple weeks depending on the format.

He comes up with an idea, gets the sign off from different teams within BuzzFeed, does casting, brainstorming ideas, coordinating with the production team, filming, hosting, editing, and photoshopping thumbnails. The videos then get uploaded on several video sharing platforms where BuzzFeed has a presence.

“Casting is the tricky part because chemistry is super important. I cast people myself through word-of-mouth instead of using the typical casting calls from our casting team.” 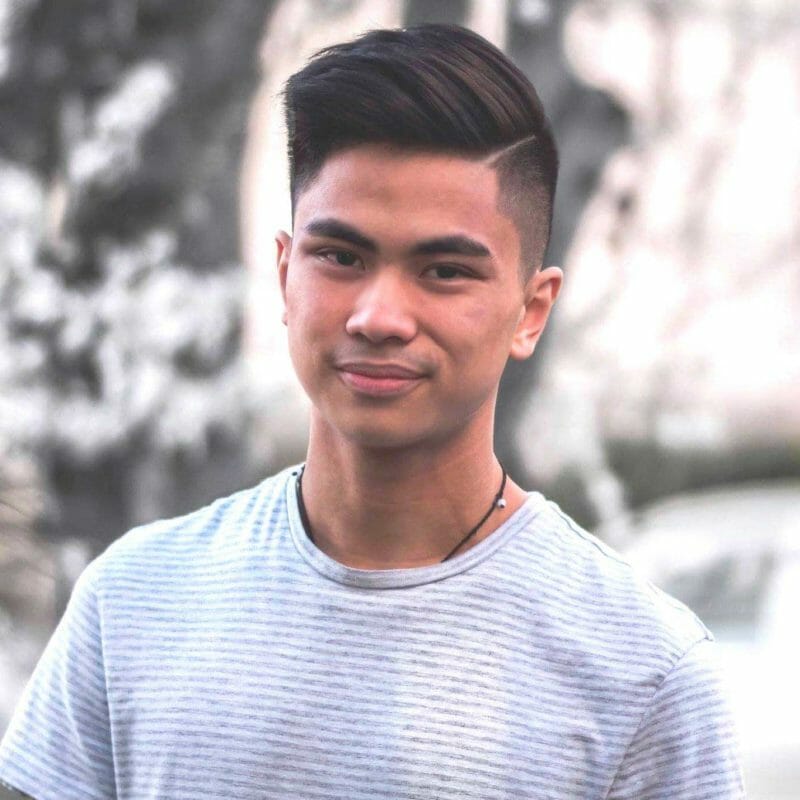 Chris Jereza, 23, is a producer at BuzzFeed. CONTRIBUTED

To cast real people, reaches out to influencers, joins Facebook pages and asks help from colleagues, friends and their friends’ friends. Having good rapport with the cast is one of the most interesting parts of his job. He can brainstorm and bounce back ideas with them.

Jereza was born and raised in San Francisco,. His parents came to the U.S. mostly for school and work, 20 years before he and his twin brother, Matt, were born.

He grew up excelling in performing arts and making music. Although he took up computer science at University of California in Berkeley he dropped out twice to follow his natural creative inclination.

He started making videos, dropping a diss track about his school and posting it on the school meme page “UC Berkeley Memes For Edgy Teens” and it gained over 100,000 members in the first few months. My brother produced the song titled “Go Bears Freestyle” which got over 190,000 streams.

Jereza kept posting content on his school’s meme page until he branched out to creating different kinds of videos on YouTube. BuzzFeed eventually reached out to him.

He left San Francisco four months ago for New York and has been with BuzzFeed for over a year creating video content.

He grew up “Americanized” and not speaking Tagalog. He believes his parents were trying to ease their assimilation.

“They were being protective, which is reasonable. I don’t think it helped in the way they thought it would. The Asian kids and white kids mostly segregated themselves at school anyway, no matter how ‘Americanized’ our families raised us.”

“I honestly never felt pressure to connect with my FilIpino heritage or learn the language. From college onward, I was surrounded by ‘Asian Americans’ which is sort of a culture on its own.”

Jereza observes that a lot of first generation Filipino Americans are raised and encouraged to be comfort-seeking.

“It’s pretty reasonable to aim for comfort and stability, but everything comes with a cost — even if you aren’t noticing it. I grew up around hyper-practical people who kept pushing STEM-related careers and a college degree, but it just literally didn’t make sense to me.”