What is the Probability of Future Flying Cars in 2024? | Tech

What is the probability of future flying cars?

Growing up in the twentieth century, many present-day middle-aged and older folks imagined that there would be road vehicles that could fly by the twenty-first century, and a lot of sci-fi had helped push the ideas of future flying cars.

This notion has been slow to materialize. So, how close are we to achieving our goal, Or do we even know if they even exist presently? What effects would increased air traffic have on our daily lives? Are we on the verge of seeing real-world flying cars?

The Origins Of Flying Cars 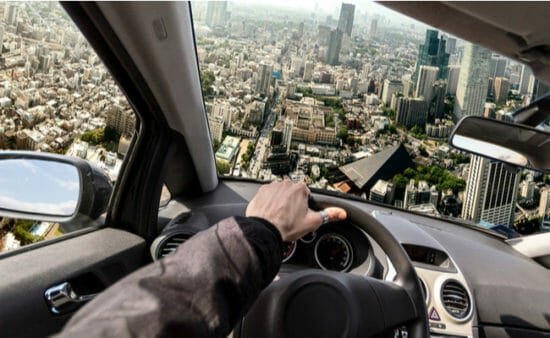 After the Wright Brothers invented their first controlled airplane in 1903, about three decades before the Jetsons, a popular animated sitcom with future flying cars, started airing in the 1960s, many daring men attempted to create the flying car.

Glenn Hammond Curtis, often regarded as the father of Flying cars, invented the ‘Autoplane,’ a winged roadable aircraft, in 1917. The Autoplane made of aluminum had three wings that spanned 12.2 meters. The car’s motor drove a four-bladed propeller at the car’s rear. The flying vehicle occasionally lifted from the ground during the early attempts, but it could not attain complete flight. Curtis abandoned the project due to the first world war.

#OnThisDay in 1974 Cierva C.24 Autogiro, G-ABLM, arrives at the de Havilland Aircraft Museum on loan from the Science Museum. She is currently going through restoration by our volunteers. #dehavilland #sciencemuseum #aviation pic.twitter.com/k73UTYqrTs

In 1935, before the second world war, the US Bureau of Air Commerce awarded Pitcairn Autogiro Company a contract to create a roadable airmobile vehicle. He got the flying car completed, and the result was a two-seat AC-35 Autogiro flying vehicle that could take off and touch down in 52 m (173 ft) of space.

After the rotors are folded back, The pilot could also direct engine power to the rear drive wheel, allowing for street speeds of up to 25 miles per hour (40 kilometers per hour). The prototype worked perfectly, but the initial price of $12,500 was far from what an average family could afford. The outbreak of the war stopped the production of more Ac-35, and the project was halted due to the development of a helicopter.

After having worked with Glenn Curtis on his project, an engineer and pilot, Waldo Waterman collected a 100 horse-powered engine from his Studebaker car, altered some parts, and used it to develop his hybrid, high-winged monoplane. On the 21st day of February 1937, his two-seater Waterman Arrowbile–the name was modified to Aerobile, flew for the first time.

It had a tricycle landing gear and featured detachable wings that could attain a top speed of up to 90km/h on the road. It was very easy to fly and also affordable. However, there was low market demand for flying vehicles at the time, and production of this vehicle was halted after just five units.

In 1946, Fulton Edison Robert Jr., a distant relative of the inventor of the steam engine, created the Airphibian. Rather than adapting a car for flight, Fulton adapted a plane for road use. The plane’s wings and tail section could be taken off to facilitate road travel, and the propulsion system could be inside the fuselage. It only took five minutes to transform the plane into a car.

The Airphibian was the first flying car to be certified by the Civil Aeronautics Administration, which predated the Federal Aviation Administration (FAA). It had a 150-horsepower six-cylinder engine and could fly at 120 mph and drive 50 mph. Despite his success, Fulton could not secure a dependable financial backer for the Airphibian.

Designed by Moulton Taylor, made its first flight in December 1949. The inspiration for this invention was from the Airphibian. The Aerocar was popular as the world’s first flying car. It was built basically to fly, drive and fly again without stopping.

It was deemed the most successful in being topped with a 177 km/h (110 mph) speed, and an on-road cruising speed of 96.56 km/h (60 mph), and a range of 300 miles. Its wings and tail folded into a self-contained package that could be towed behind the car like a trailer, and the Civil Aviation Authority even approved it. Taylor, unfortunately, could not carry out mass production despite selling a few prototypes for $15,000 each. Only five were built and sold.

Many notable successful and unsuccessful flying car attempts occurred in the years that followed, including Advanced Vehicle Engineers (AVE) Mizar in 1973 (the vehicle’s engineer and pilot Henry Smolinski and AVE VP Harold Blake both died during a test flight of the vehicle); and Boeing’s Sky Commuter The 1980s concept vehicle; the 2009 Parajet Skycar; the Volocopter, an all-electric air-taxi; and the Chinese EHang autonomous aerial vehicle, both currently in development; and the competition from other systems continues.

The engine was connected to a pusher propeller via a 10-foot (3-meter) driveshaft. It flew at 120 mph (193 kph) and was the second and final roadable car aircraft approved by the FAA. Ford Motor Company considered marketing the vehicle in 1970, but the decade’s oil crisis dashed those plans. 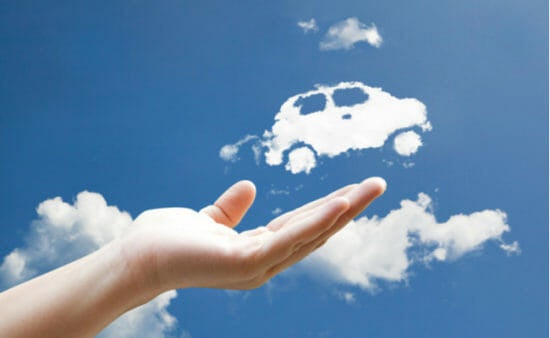 Since humans first took to the air with powered flight, the concept of a flying car has enthralled dreamers and aviation enthusiasts alike.

The notion has clear benefits: an automobile’s “go anywhere, whenever” independence without the everyday traffic congestion that terrestrial drivers experience.

We will be looking at the first flying car created in the twenty-first century.

Due to the complexity of the drivetrain and the cost, this means of transportation has only been in science fiction until almost a decade ago.

The Terrafugia Transition’s design concept was a plane to be on the road. A second-generation inspiration was made because the transition took off and landed at an airport.

The Terrafugia TF-X, the electric-hybrid flying car, was of the creation. It has a 500-mile range, fits in a regular single-car garage, and easily seats four people. It has an electric drivetrain on the ground, so you won’t have to fill it up with gas all the time.

You can charge the batteries at home by plugging them in. The Terrafugia vehicle had arms, and the electric motors in the arms propelled you into the air. The arms aid in the acceleration of the main engine. Once you are in the air, the gasoline engine and charge the batteries for driving.

It will automatically select a safe landing location if you run out of gasoline in the middle of a flight. The driver has the last word on whether or not a landing place is suitable. No input is for the Terrafugia to land.

Flying Car Prototype That Will Soon Take to the Sky

Before receiving a massive funding injection from Toyota and Intel, Joby Aviation worked on personal aerial craft vehicles for several years. The funding for air taxis was contingent on developing a future air taxi.

As part of NASA’s Advanced Air Mobility (AAM) National Campaign, Joby became the first to conduct a test flight on its air taxi.

Terrafugia, founded in 2006 by a group of MIT alumni, is currently working on two exciting flying automobile ideas. The first is the Transition.

The TF-X is the other, more enticing, and improved version. They plan to mass-produce very efficient future flying cars to transform the future of personal transportation completely.

The TF-X is an all-electric, vertical takeoff and landing, computer-controlled flying automobile developed from the ground up.
Not only that, but its sleek aesthetics will make it a strong competitor for today’s high-end sports vehicles. Over the next few years, this is one to keep a close eye on.

Flying Cars are closer than you think! The Klein Vision AirCar is a hybrid vehicle that can both be driven on the road and flown through the air. It completed its first ever test flight in June 2021 and was recently certified for flight in Slovakia. The flight range is 1000 km. pic.twitter.com/8i9lRoaSXw

Stefan Klein created and built the Klein Vision Air Car, a two-seat flying car prototype constructed in Slovakia. A 160bhp 1.6-liter BMW engine powers the two-seat Air Car, and the transformation from car to aircraft takes two minutes and fifteen seconds. In January 2022, the Slovak transport authority issued air car certification for airworthiness to Stefan Klein and his company, Klein vision, after the air taxi had completed a 35-minute flight between international airports in Nitra and Bratislava.

According to Klein Vision, throughout the difficult test flights, the aircraft showed remarkable steadiness. It was even capable of taking off and landing without the need to touch the controls. In other words, it was a complete success.

Would There be Very Efficient Flying Cars? 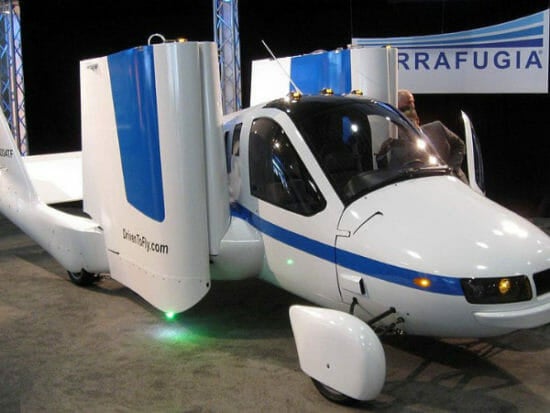 According to a new study, they could aid in the fight against climate change. NASA is competing with a number of corporations, including Boeing Co. and Airbus SE. The company goals create electric flying automobiles. It will take about five years for the technology to be popular and ten years to be public.

According to a study conducted by the University of Michigan and Ford Motor Company, flying electric cars will emit considerably fewer greenhouse gases than standard road vehicles in specific applications whenever future flying cars become a reality.

Flying electric cars need a lot of energy to take off and land, but they’re extremely efficient when at cruising speed. That means they’re more efficient on longer travels in general.

Nonetheless, electric cars performed worse than battery-electric road vehicles. When carrying one pilot, they would emit 38% more greenhouse gases than electric vehicles and just 6% less when carrying a pilot and three passengers.

What is the Cheapest Day to Fly?

The early attempt by inventors to create viable cars that could soar above the ground failed woefully. Many past inventors died while carrying out test flights for their inventions. They, however, were able to prove that indeed cars could fly and infuse enthusiasm in modern-day aircraft inventors.

As new technologies emerge, the dream is becoming a reality, and this is thanks to advances in lightweight materials, computer modeling, and computer-controlled aircraft. Hopefully, many prototypes will be of implementation, and future flying cars could be public shortly and displace other vehicles that emit carbon.