President Joe Biden hit Russia with a wave of sanctions on Thursday after Moscow invaded Ukraine, measures that impede Russia’s ability to do business in major currencies along with sanctions against banks and state-owned enterprises.

Biden described Russian President Vladimir Putin as an aggressor with a “sinister vision of the world” and a misguided dream of recreating the Soviet Union.

But he held back from imposing sanctions on Putin himself and from disconnecting Russia from the SWIFT international banking system, amid differences with Western allies over how far to go at this juncture and criticism from Republicans that he should have done more.

Ukrainian forces battled Russian invaders on three sides on Thursday, prompting tens of thousands of people to flee their homes. 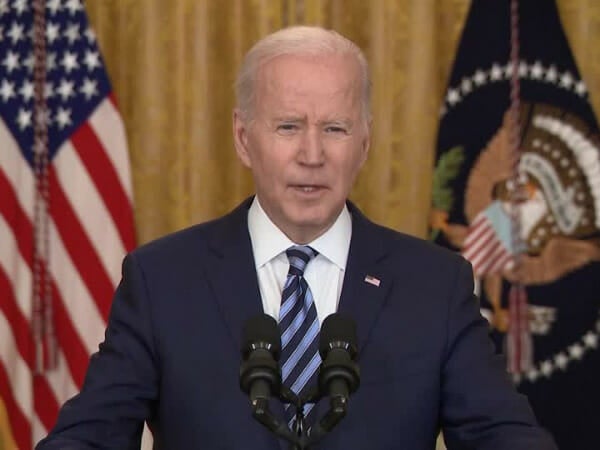 U.S. President Joe Biden on Thursday addressed the nation following Russia’s invasion of Ukraine, calling out Vladimir Putin for his actions and adding that ‘freedom will prevail.’

“This is a premeditated attack,” Biden told reporters at the White House. “Putin is the aggressor. Putin chose this war. And now he and his country will bear the consequences.”

Biden said the sanctions were designed to have a long-term impact on Russia and to minimize the impact on the United States and its allies. And he said Washington was prepared to do more.

The sanctions are aimed at limiting Russia’s ability to do business in dollars, euros, pounds and yen. Among the targets were five major banks, including state-backed Sberbank and VTB, as well as members of the Russian elite and their families. Sberbank, Russia’s largest lender, will no longer be able to transfer money with the assistance of U.S. banks.

The White House also announced export restrictions aimed at curbing Russia’s access to everything from commercial electronics and computers to semiconductors and aircraft parts.

Biden said NATO would meet on Friday to map out further measures and reiterated that the United States would not engage in war with Russia. But he said the United States would meet its Article 5 commitments, in which NATO members agree an armed attack against one of them in Europe or North America will be considered an attack against them all. Since Ukraine is not a NATO member, those protections do not apply. 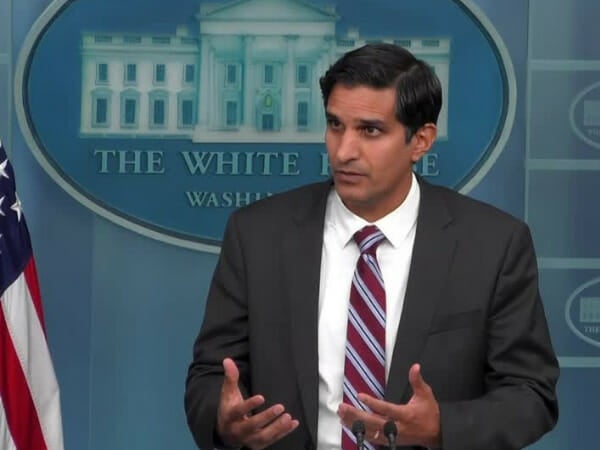 White House economic adviser Daleep Singh said on Thursday that the Biden administration expects the costs of new sanctions to Russia will build over time.

Biden said this was “a dangerous moment for all of Europe,” and that he had authorized troops that had been placed on standby to deploy to Germany. He declined to comment on whether he would urge China to join the West’s drive to isolate Russia.

He said Congress would support “truly devastating sanctions” against the Kremlin, but he said Biden should have imposed tough sanctions early enough to deter an invasion and weaken Russia.

“Sadly, deterrence after the fact is not deterrence at all,” McConnell said in a statement.

Biden met with his counterparts from the Group of Seven allies and his National Security Council on Thursday, after speaking with Ukrainian President Volodymyr Zelenskiy late on Wednesday.

His announcement represented the second major tranche of sanctions against Russia since Putin earlier this week declared two breakaway regions of Ukraine independent and sent troops there.

The United States had warned it would initiate waves of sanctions against Moscow if it further invaded Ukraine, and Russia’s full-on military assault launched on Thursday led to the latest round of Western penalties.

On Wednesday Washington imposed sanctions on the company in charge of building Russia’s Nord Stream 2 gas pipeline, and on Tuesday it sanctioned two large Russian financial institutions and Russian sovereign debt along with some members of the Russian elite and their family members.

Biden has become the face of the Western response to Russian aggression at a time when he is battling low poll numbers at home, rising inflation that could be exacerbated by the Ukraine conflict, and looming midterm elections that could hand control of the Senate and House of Representatives from his fellow Democrats to Republicans.

Officials said he briefed leaders in the U.S. Congress about the Ukraine crisis during a secure call on Thursday.

The White House has warned Americans that the conflict could lead to higher fuel prices in the United States, though it is taking measures to help soften that blow. U.S. officials have been working with counterparts in other countries on a combined release of additional oil from global strategic crude reserves, two sources said on Thursday.

Biden warned oil and gas companies not to “exploit” this moment to raise prices.