The United States and its allies unveiled more sanctions against Russia on Wednesday over its recognition of two separatist areas in eastern Ukraine, while making clear they were keeping tougher measures in reserve in case of a full-scale invasion by Moscow.

European Union sanctions to take effect on Wednesday would add all members of Russia’s lower house of parliament who voted to recognise the separatist regions in Ukraine to a blacklist, freezing their assets and banning travel.

Britain followed the United States in announcing new restrictions banning Russia from the issuing of new bonds in its security markets.

The steps follow measures announced on Tuesday, including freezing the approval of a new Russian gas pipeline by Germany, and imposing new U.S. sanctions on Russian banks. 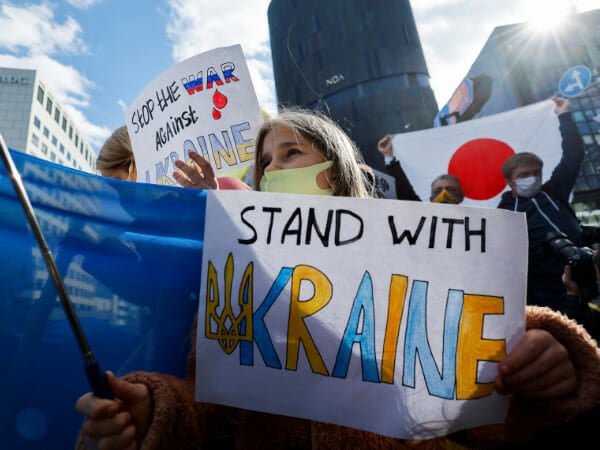 A Ukrainian residing in Japan shows a placard during a protest rally denouncing Russia over its actions in Ukraine, near Russian embassy in Tokyo, Japan February 23, 2022. REUTERS/Issei Kato

But none of the measures announced so far directly targets President Vladimir Putin himself, or is expected to have severe medium-term consequences for Moscow, which is sitting on more than $630 billion in international reserves.

Western countries fear Russia plans a full-blown invasion of Ukraine after Putin announced on Monday he was recognising two small breakaway regions controlled since 2014 by separatists viewed by the West as Moscow’s proxies. Putin also signed a decree allowing Russian forces to be deployed there.

Washington has described Russia’s actions as the start of an “invasion” but because the massed military assault they predicted has not materialised, they have had to calibrate their response. 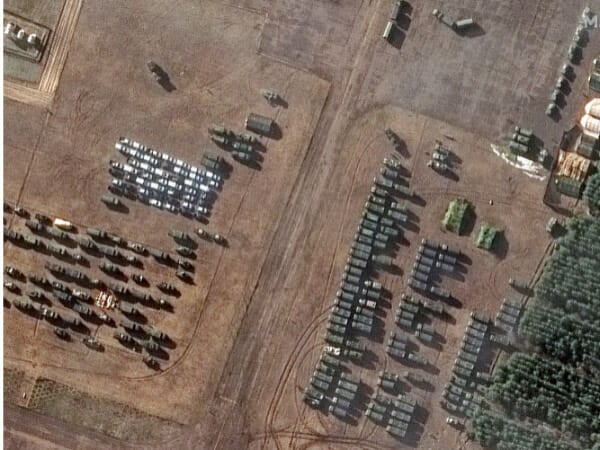 A satellite image shows a close up of assembled vehicles at V D Bolshoy Bokov airfield, near Mazyr, Belarus, February 22, 2022. Courtesy of Satellite image ©2022 Maxar Technologies/Handout via REUTERS ATTENTION EDITORS – THIS IMAGE HAS BEEN SUPPLIED BY A THIRD PARTY. NO RESALES. NO ARCHIVES. MANDATORY CREDIT. DO NOT OBSCURE LOGO.

“There will be even more tough sanctions on key oligarchs, on key organizations in Russia, limiting Russia’s access to the financial markets, if there is a full scale invasion of Ukraine,” British Foreign Secretary Liz Truss said.

She announced plans to bar Russia from issuing new foreign debt in London, a step taken years ago by the United States. Moscow said it would respond by issuing any new debt in roubles at home for now.

Some Western leaders have faced criticism at home for the response so far. British Prime Minister Boris Johnson was ridiculed in parliament when he announced the blacklisting of three billionaires already under U.S. sanctions for years, and five obscure banks. Leaders say the most serious sanctions must be held in reserve to deter a larger assault.

Putin has as many as 190,000 troops near Ukraine’s borders, according to U.S. estimates. 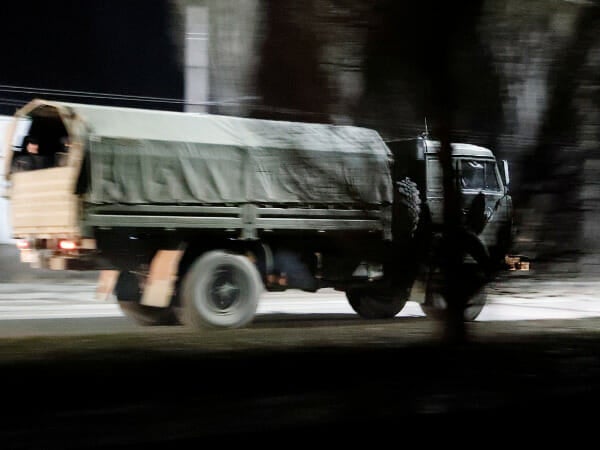 A military truck drives along a street after Russian President Vladimir Putin ordered the deployment of Russian troops to two breakaway regions in eastern Ukraine following the recognition of their independence, in the separatist-controlled city of Donetsk, Ukraine February 22, 2022. REUTERS/Alexander Ermochenko

More ominous signs pointed to possible war: Moscow announced it had started evacuating its diplomats from Kyiv, while Ukraine declared a 30-day state of emergency and has announced the conscription of men of fighting age.

Ukraine’s military said one soldier had been killed and six wounded in increased shelling by pro-Russian separatists using heavy artillery, mortar bombs and Grad rocket systems in the two breakaway areas over the previous 24 hours.

New satellite imagery showed several fresh troop and equipment deployments in western Russia and more than 100 vehicles at a small airfield in southern Belarus, which borders Ukraine, according to U.S. firm Maxar.

For months, Russia has presented the crisis mainly as a dispute with the West, demanding security guarantees, including a promise never to allow Ukraine to join NATO.

But this week’s recognition of the separatist regions was accompanied by much stronger language against Ukraine, including personally from Putin, raising Western concerns he will not stop at an intervention in the separatist areas. 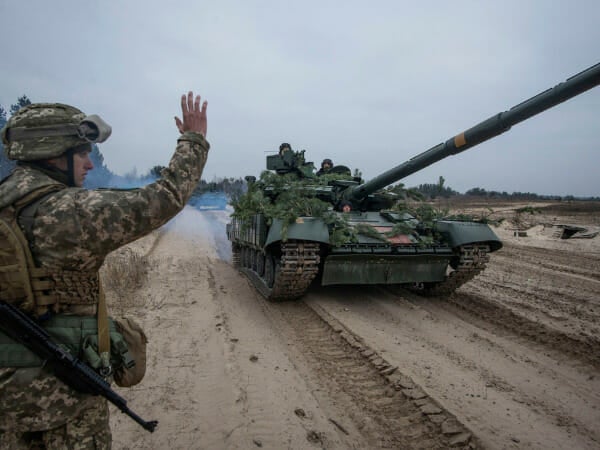 Ukrainian service members take part in tactical drills at a training ground in an unknown location in Ukraine, in this handout picture released February 22, 2022. Press service of the Ukrainian Armed Forces General Staff/Handout via REUTERS

In a TV address on Monday described by Washington as “delusional”, Putin rambled across centuries of history to characterise the Ukrainian state as an artificial construct wrongly carved out of Russia by its enemies.

Ukrainians consider such views ominous and false. Europe’s second biggest country by area after Russia, Ukraine has a history older than Russia’s, and its people voted overwhelmingly for independence when the Soviet Union collapsed in 1991.

German Foreign Minister Annalena Baerbock said Russia was making a strategic mistake by heading down a path that would make it a global pariah.

“The action that is taking place now may follow a strategy in the short-term, but it is not a medium or long-term strategy to completely isolate yourself worldwide,” she said.

Putin said he was always open to finding diplomatic solutions but that “the interests of Russia and the security of our citizens are unconditional for us.”

Built and awaiting German approval, the pipeline had been set to ease the pressure on European consumers facing record energy prices but critics including the United States have long argued it would increase Europe’s energy dependence on Russia.