Remember, last man standing in 1986 was a woman

Remember, last man standing in 1986 was a woman 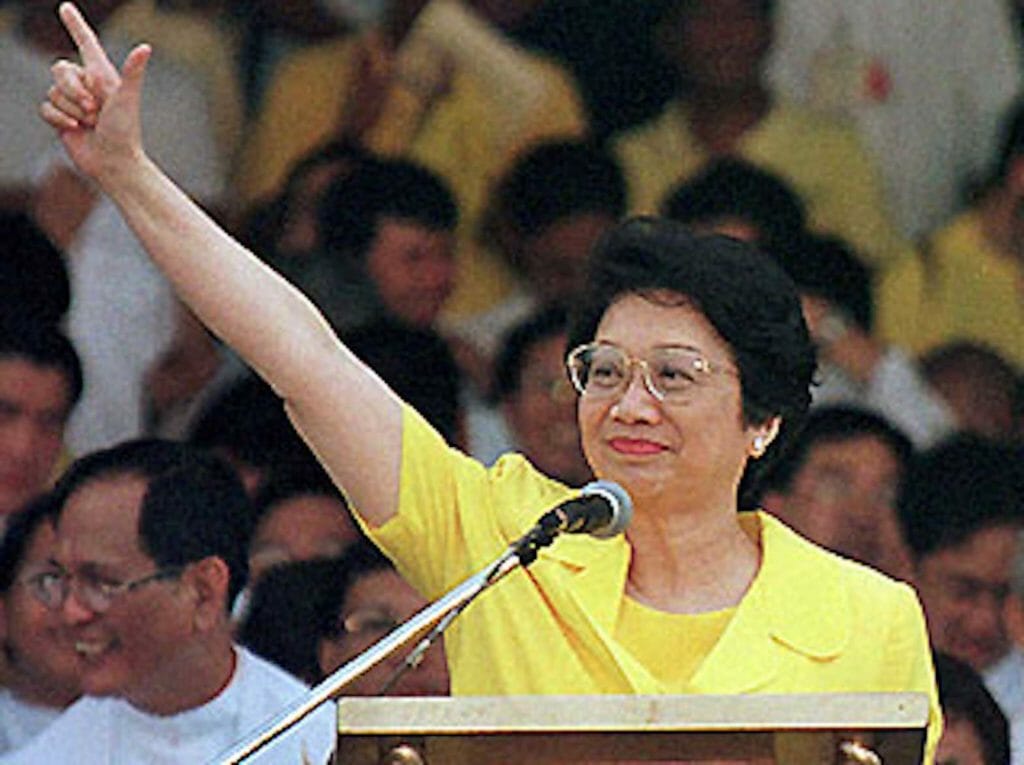 Pressured by the international community to legitimize his regime, President Ferdinand E. Marcos called for a snap presidential election on February 7, 1986. With the constitutionalist and veteran Assembly Arturo Tolentino as his running mate, the dictator mobilized his national party, Kilusang Bagong Lipunan, and fortified his political machinery.

The Batasang Pambansa proclaimed victory for Marcos, but the Catholic Church called it “evil” due to massive cheating and poll fraud. Electoral watchdog National Movement for Free Elections or NAMFREL showed Aquino in the lead with almost 70% of the canvassed votes.

On February 13, 1986, the Catholic Bishops’ Conference of the Philippines (CBCP) publicly declared the dishonesty and therefore inadmissibility of the election results. When “a government does not of itself freely correct the evil it has inflicted on the people,” the Filipino prelates maintained, “then it is our serious moral obligation as a people to make it do so.”

The CBCP’s condemnation of the 1986 election was signed by Ricardo Cardinal Vidal, CBCP President, and endorsed by the permanent council after consultation with some local bishops. And, by this time, President Marcos knew he was in a face-off with a formidable institution that dared to challenge his legitimacy.

“Now is the time to speak up. Now is the time to repair the wrong. The wrong was systematically organized. So must its correction be. But as in the election itself, that depends fully on the people; on what they are willing and ready to do,” they spoke with determination.

When the Marcoses used the well-oiled machinery to win the people’s trust, they failed. When they attacked the “total ignorance and inexperience in state affairs” of Cory Aquino, they failed. The Filipino people did recognize the truth that Marcos manipulated the results and that the simple housewife won the presidency. Soon the international community would recognize the victory of the first woman Philippine president.

Truth and honesty would soon lead us, one and united people, to 1986 EDSA peaceful revolution. As the late Archbishop Oscar V. Cruz has put it so aptly: “Truth is a formidable enemy. Suppress it and it does not disappear. Hide it and it shows itself sooner or later. Muffle truth and it ultimately manages to be heard. Truth is a big problem for those who lie and deceive. Truth does not only survive the lie and the deception. It even outlives the liar and the deceiver.”

On February 16, 1986, almost similar to India’s Mahatma Gandhi’s Salt March in 1930 and Dr. Martin Luther King Jr’s March for Freedom in Washington DC in 1963, Corazon Aquino held the Tagumpay ng Bayan rally at the Rizal Park on this day. It was intended like how Gandhi and King intended their own rallies to be.

The unprecedented rally was attended by a crowd of about two million people. There, Cory Aquino launched a civil disobedience campaign, calling for a nationwide boycott of the corporations and industries associated with Marcos and his cronies.

On February 22, 1986, Defense Minister Juan Ponce Enrile and Gen. Fidel V. Ramos called for a press conference, where publicly announced that they regretted being on the side of the tyrant and that they withdrew their support from the dictatorial government.

In those fateful days of February 1986, in and out of Malacañan Palace by the Pasig River was General Fabian Ver, who was fuming mad. He promised to pulverize those who revolted against his master. The AFP’s 250,000 troopers – the combined forces in the Army, Navy, and Airforce – were ready to follow orders from General Ver, their Chief of Staff.

Then, the people heard over Radio Veritas, “This is Cardinal Sin speaking…” And as they say, the rest is history.

Is it probable that the last man standing in the forthcoming 2022 presidential election will be a woman?