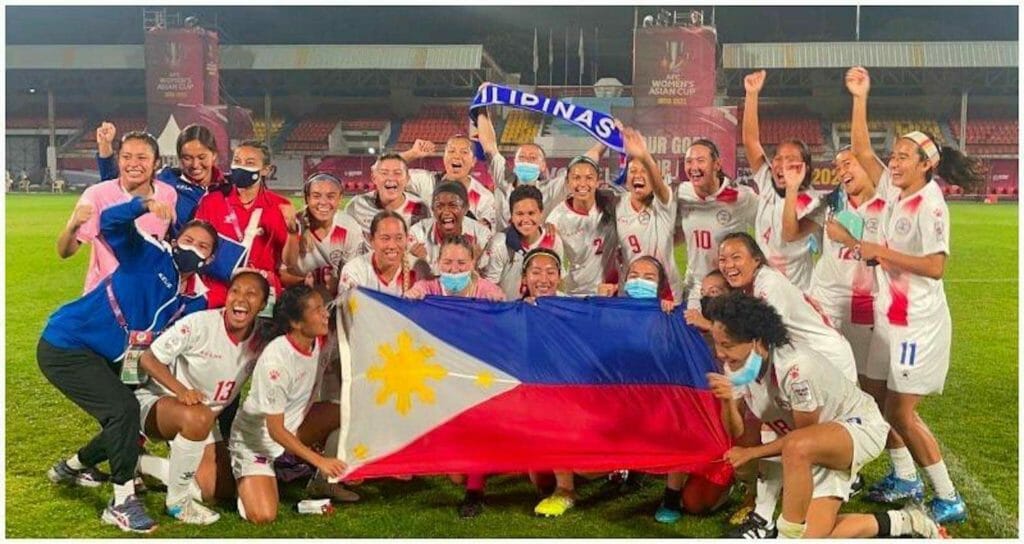 Filipino American players on the recently triumphant Philippine National Women’s Soccer Team pushed back on social media comments that they “were not Filipino enough.”

The Philippines’ Malditas qualified for its first World Cup next year by beating Taiwan 4-3 in the Women’s Asian Cup in India. An online video of the winning kick posted on Twitter went viral. But criticisms were also raised about its several Filipino American players “not being Filipino enough.”

“We’re all Filipino, there’s no such thing as we’re not Filipino enough,” U.S.-based Kiara Fontanilla told a news conference in Manila. “I think people that are saying that are wrong. We’re here to make a difference.”

Olivia McDaniel, whose penalty shootout kick against Taiwan gave the Filipinos their first World Cup berth, said the questions hurt her and stressed the Filipino American players were certain of their identity as Filipinos, according an AP report.

The Philippines women’s team plans to compete in the Southeast Asian Games, the AFF Women’s Championship and the Asian Games as part of its 18-month preparation for the World Cup.