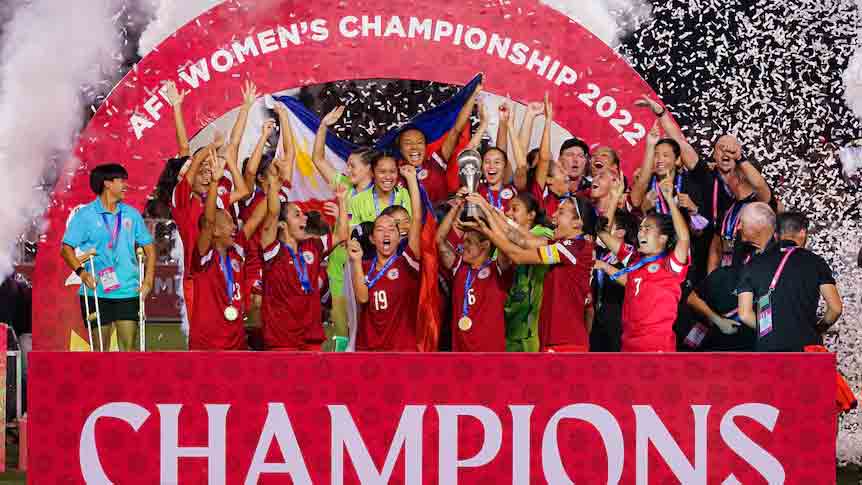 NEW YORK— Not only is the score ridiculously low, there are no dunks, no alley-oop passes, no behind-the-back dribble or shake-and-bake moves—some of the features that make basketball exciting to watch. Hence, my indifference, even ho-hum attitude, towards football, the term used by most Earthlings for the sport that Americans call “soccer.”

After watching the 2022 FIFA-sponsored World Cup matches in Qatar that culminated in the final, an epic battle royal between Argentina and France that football connoisseurs have described as the finest in World Cup history, I became a late convert, a devotee now of the beautiful game. For indeed it is a game of beauty.

There’s poetry in the aerial know-how necessary to guide the ball in those long, looping passes for a striker to then propel the ball towards the opponent’s goal; in the headers that launch the ball into the net; in the dazzling footwork enabling a nimble, balletic player to evade defenders while controlling the ball and either passing it to a teammate at the right moment, or going all the way to challenge the goalie; and in the mental chess involved in penalty kicks between a player and the goal keeper.

This doesn’t mean turning my back on the sport Dr. James Naismith invented in the late 19th century—though a strong case can be made that, millennia before, the Mayans, Aztecs, and Olmec of Mesoamerica had already a game that combined elements of both basketball and football. At times, this ancient sport was played for higher stakes, with the winners keeping their heads, and the losers deprived of theirs.

Like all Filipinos, I grew up in a country where basketball reigned, and continues to reign, an enduring legacy of US empire, wherein the average man and woman of short stature dreamt of leaping high and emphatically dunking the ball. Another dream (fantasy?) that went along rather nicely with dreaming of white Christmases and ruddy-cheeked beauty. For a while the Philippines was the basketball powerhouse in Asia, until the 1960s, when other Asian countries with taller players and more funding started catching up to level the playing field.

And yet football preceded basketball as the sport that Filipinos excelled in, during the early part of the last century. Arguably the best footballer on the planet at that time was the Philippine-born mestizo Paulino Alcantara Riestrá (7 October 1896 – 13 February 1964), the son of a Spanish military officer and a Filipina from Iloilo. According to Wikipedia, he started his career with FC Barcelona—the same club that Lionel Messi would play for a century later—at the age of 15. Alcantara went on to score 395 goals in 399 matches, a club record that stood for 87 years, until broken by Messi in 2014.

While most of his playing career was with FC Barcelona, internationally he was on teams that represented Catalonia, Spain, and the Philippines. In 1917, in a match against Japan, the Philippine team that he was on blew the Japanese away, 15-2. While considered legendary in Spain, Alcantara was relatively unknown in basketball-mad Philippines until 2010 when the resurgence of football in the country led to belated recognition. For its domestic tournament, the Philippine Football League christened its award the Copa Paulino Alcantara, and in 2021 he was inducted into the Philippine Sports Hall of Fame.

(A darker side of the footballer was his membership in the Falange Española, the fascist movement that supported Franco’s assault on the democratically elected, left-leaning Republican government leading to the Spanish Civil War of 1936. Perhaps that should not be surprising, given that the overwhelmingly conservative Spanish community in Manila was pro-Franco. But that is another story.)

The 2022 World Cup saw a number of giant killers: Saudi Arabia defeating Argentina, Japan winning against Germany and Spain, and Morocco making it to the semifinals against its former colonizer, France. Height, bulk, and sheer strength don’t count as much, if at all, in football, as they do in basketball. More of a premium is put on fleet-footedness, dexterity in dribbling the ball with one’s feet, and agility.

In all likelihood, neither Argentina’s Messi nor Brazil’s Neymar nor France’s Mbappé would make it as professional basketballers, being of average height—an observation that Filipinos can learn from. And from the fact that the Philippine women’s national team has qualified to be among 32 national teams competing in FIFA’s Women’s World Cup in July 2023, to be held in Australia and New Zealand.

By all means, let’s keep our eye on the goal, but this time situated at ground level rather than 10 feet in the air.  Copyright L.H. Francia 2022