Years of hard work pay off for the Malditas

Years of hard work pay off for the Malditas 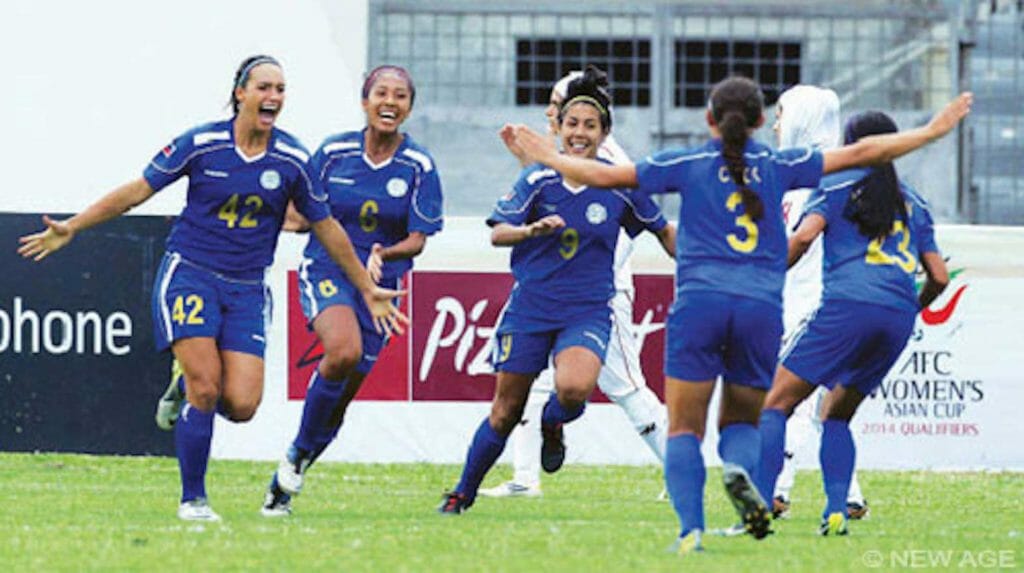 The Malditas are on their way to the 2023 World Cup in Australia and New Zealand. FACEBOOK

“It’s highly unlikely that the Philippines can make it to a World Cup football tournament anytime soon.”

That’s how I began a 2011 column about the Malditas, the Philippine women’s football team.

Well, that’s no longer true. Fast forward 11 years. The Malditas are on their way to the 2023 World Cup in Australia and New Zealand. And they did it in dramatic fashion, outlasting Chinese Taipei in a nerve-wracking penalty shootout.

When I first wrote about the Malditas a decade ago, Japan had just won the women’s World Cup after beating the United States.  And the spotlight in Philippine football was on the Azkals, the men’s team.

That’s likely to change. And it’s a good time for a reminder on how building a winning team that could make it to the football’s center stage takes a lot of time and hard work.

This column is a tribute to my cousin Butchie Impelido, a lifelong football fan who now lives in Illinois. He has played an important role in the incredible journey of the Malditas.

It started around 2005 when she read about a Philippine women’s football game that featured Karem Esteva, a Filipino American player from the University of Virginia.

That got him thinking about his daughter Angeline, who was then a star college player at Northern Illinois University.

Later that year, Angeline saw action for the Philippines during the Southeast Asian Games. This time she played with her kid sister, Patrice, who is now an assistant coach. The Malditas beat Indonesia 2-0 in one game. Angeline scored the first goal.

That was nearly 15 years ago. ““Over time, we’ll do well,” Butchie used to tell his daughters.

And he was right.

The Malditas clearly has become a stronger, more competitive team. They recently beat Indonesia by an even wider margin, 6-0. They beat Thailand on the way to the World Cup-clinching game against Chinese Taipei.

That didn’t just happen. It takes years, even decades, to reach that level. A new generation of players are taking the Malditas to a higher level of football. The hard work is paying off.

But more work needs to be done. The Malditas became a strong, competitive team thanks to players who grew up in the U.S. and other countries where the Filipino diaspora has spread.

There is also a need to tap and develop local talent, and to transform football into a grassroots movement in the Philippines. Butchie has been working with Gawad Kalinga and other clubs and schools to accomplish this.

“With numbers come quality players,” he told me recently. “We need to continue and support the grassroots programs. We also need to establish a professional or semi-pro women’s league so players can play and improve after their college.”

It takes time. But the Malditas have already shown that it can be done. As Pele, the world’s greatest football player once said, “Success is no accident. It is hard work, perseverance, learning, studying, sacrifice and most of all, love of what you are doing or learning to do.”