More than 1,400 US flights canceled due to Northeast winter storm

More than 1,400 US flights canceled due to Northeast winter storm

More than 1,400 U.S. flights were canceled on Sunday after the nation’s northeast states were walloped a day earlier by a deadly winter storm that prompted several states to declare emergencies.

The total number of flight cancellations within, into, or out of the United States was about 1,450 as of Sunday afternoon, according to flight-tracking website FlightAware.com. Another 1,774 U.S.-related flights were delayed, the data showed.

The fierce winter storm on Saturday dropped more than 2 feet (60 cm) of snow on some areas while packing high winds, prompting thousands of flight cancellations and leading governors in Rhode Island and other states to curtail access to the roads.

New York’s Long Island town of Islip was the hardest hit statewide, Governor Kathy Hochul told WCBS-TV on Sunday. “We’re going to give them the golden snowball award for this week, this storm. They were at 24.7 inches,” Hochul said. 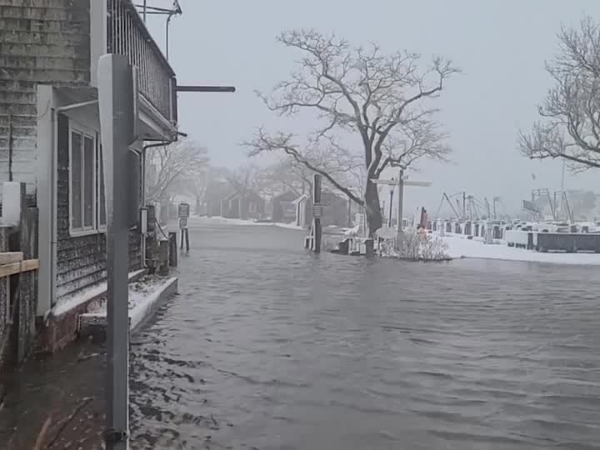 The Massachusetts island of Nantucket was battered by a powerful winter storm on Saturday, flooding roads and causing chaos. Videos captured by local photographer Chad Pierre showed streets submerged in floodwater, as high winds raged. Various buildings were also covered in a thick layer of snow.

“The storm moved out of our region last night, but we expect to be clearing more roads … and working with our utilities throughout the day today and tomorrow,” Massachusetts Lieutenant Governor Karyn Polito said at a Sunday morning briefing.

In neighboring Canada, the worst of the cold weather was over in Atlantic Canada, but many communities were dealing with residual blowing snow, rain, strong winds and storm surge on Sunday, according to the Weather Network channel.

The conditions on the Massachusetts island of Nantucket improved on Sunday after the powerful nor’easter flooded roads and caused a large power outage on Saturday, the local police department said. The water was deep enough for two high school students to row a canoe along a flooded street, according to a photo posted on social media.

In Massachusetts, about 31,000 out of 2.6 million customers were without electricity as of early Sunday, according to the https://poweroutage.us website. Utility company Eversource Energy said most of its customers who were still without power will have it back by the end of the day on Monday.

The weather may have contributed to at least three deaths in New York alone, all on Long Island. One was an elderly woman who was found on Saturday in a hotel parking lot in Uniondale, New York, with her car window open, according to the Nassau County Police Department. Authorities also reported the deaths of two men, ages 53 and 75, who collapsed while shoveling snow at separate locations in the Long Island town of Syosset on Saturday.

(Reporting by Kanishka Singh in Bengaluru and Barbara Goldberg in New York; Editing by Lisa Shumaker and Chizu Nomiyama)