“Spider-Man: No Way Home” is the box office juggernaut that can’t be caught.

The comic book adventure, starring Tom Holland as Marvel’s favorite teen web-slinger, opened in theaters in December and spent every weekend except one as the top movie at the domestic box office. This weekend proved to be no exception. Now in its seventh weekend of release, “No Way Home” has again secured the No. 1 spot over holdovers, including “Scream” and “Sing 2,” capping off a particularly quiet January at the movies.

Over the weekend, Sony’s superhero sequel collected $11 million from 3,675 North American venues, a scant 17% decline from its prior outing. Those ticket sales put Spidey’s latest exploits at $735 million at the box office, maintaining its position as the fourth-highest grossing domestic release in history.

Presently, “No Way Home” is only $25 million from unseating “Avatar” ($760 million) as the third-biggest movie ever (not adjusted for inflation). For any other pandemic-era release, adding another $25 million in ticket sales would be a high — if not insurmountable — barrier to cross since the movie has been available in cinemas for nearly two months. At one point, it seemed unlikely that “Spider-Man” would be able to reach those particular box office heights.

But, as past weeks have demonstrated, “No Way Home” is no ordinary movie. It has the kind of legs that most arachnids would kill for. In other words, James Cameron’s groundbreaking 2009 sci-fi epic may soon find itself bumped from bronze. But worry not, Na’vi Nation. “Avatar” will easily maintain its all-time global box office title with $2.802 billion.

“As the film continues its dominance and notched numerous box office records, it’s a very safe bet that ‘No Way Home’ has yet another milestone to conquer — and that is surpassing the mighty ‘Avatar’s’ North American box office gross to become the third-highest grossing film of all-time,” predicts Paul Dergarabedian, a senior media analyst with Comscore.

Catching the No. 1 and 2 spots in North America, “Avengers: Endgame” ($858 million) and “Star Wars: The Force Awakens” ($936 million), would require nothing short of a miracle. But, hey, third place isn’t so bad considering the state of the world. 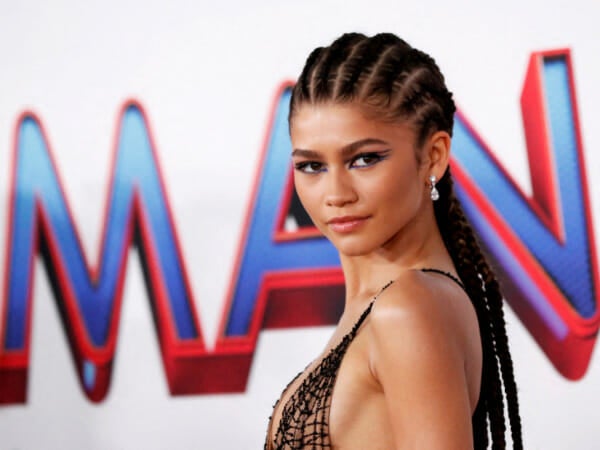 At the international box office, “Spider-Man: No Way Home” became one of the select films to cross the $1 billion mark. Even more impressive, it surpassed that milestone without playing in China, the world’s biggest moviegoing market. With $1.74 billion globally, “No Way Home” ranks as the sixth-highest earning movie of all-time at the worldwide box office.

Without any new nationwide releases, “Scream” once again took second place on domestic box office charts. The Paramount Pictures slasher “requel” brought in $7.3 million from 3,518 locations between Friday and Sunday, marking a 40% dip from last weekend. It takes North American revenues to $62.1 million, a decent tally since “Scream” only cost $25 million to produce.

Universal’s “Sing 2” landed at No. 3 with $4.8 million from 3,450 screens. The cartoon musical sequel, which debuted around Christmas, has generated an impressive $134.5 million to date, making it the highest-grossing animated film in pandemic times.

Another Universal release, the faith-based romantic drama “Redeeming Love,” secured fourth place with $1.85 million from 1,963 theaters. Ticket sales fell 48% from its opening, bringing its total to a paltry $6.5 million. Universal is only distributing this film, so at least it isn’t on the hook for production fees.

Disney and 20th Century’s “The King’s Man” rounded out the top five, grossing $1.8 million from 2,440 venues over the weekend. After six weekends in theaters, the prequel in the “Kingsman” action comedy series has earned a moderate $34 million in North America and $114.4 million globally.

After a month that’s been light on new releases, movie theater operators hope attendance picks up in the coming weeks with Lionsgate’s disaster movie “Moonfall” and Paramount’s prank comedy “Jackass Forever” on Feb. 4, Disney and 20th Century’s whodunit “Death on the Nile” on Feb. 11 and Sony’s video game adaptation “Uncharted” on Feb. 18.

The next superhero to save the day won’t arrive until Robert Pattinson’s “The Batman,” from Warner Bros. Pictures, hits theaters on March 4. Bat-Signal, consider yourself activated.