What Are eVTOLs? - Will We See Flying Taxis Soon?

What are eVTOLs? Will we see flying taxis soon?

Yes, you read that title right because the future of eVTOLs is coming soon! As you’re reading this, numerous eVTOL companies are working hard to help this amazing technology take off. Some are far ahead of the race as they’re now preparing the guidelines for launching an electric air taxi service.

These are likely the first things that came into your mind after reading about eVTOLs. It’s hard to grasp such a thing in your city because most people can only fly by booking a ticket. Fortunately, we will explore how electric aircraft will shape our future! When will we start working in our flying cars?

You’ve probably noticed that I keep mentioning eVTOLs, so I’ll kick things off by talking about what it means. Then, I will show you how far various companies have taken this concept. After that, I will tackle some of the potential benefits and risks of flying cars in public. Believe it or not, these will likely take flight in a couple of years, so you should learn all about them now!

What is an eVTOL? 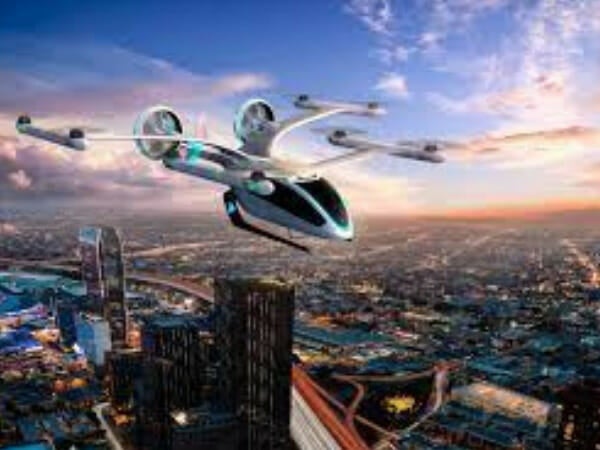 I keep referring to flying cars as “eVTOLs” because it describes them much better. The acronym stands for “electric vertical takeoff and landing.”

Unlike airplanes, they don’t have to speed across a runway to gain enough momentum and take off. Instead, eVTOLs have rotors that lift them in the air and propel them forward.

Landing them is much easier to do than with planes. The latter has to travel a certain distance on a runway before stopping in one spot.

Landing an eVTOL aircraft means slowly descending on a single spot. What’s more, the “e” part means it uses an electric motor to function. Think of it as an electric vehicle (EV) like a Tesla.

Instead of pumping gas into it, you just plug it into an outlet. At the time of writing, eVTOL aircraft operate using the following method:

How close are we to flying eVTOLs?

We have so many eVTOL companies that are developing flying taxis. Here are the well-known ones that were active at the time of writing:

In terms of eVTOL innovation, FEV Europe GmbH is one of the leaders. Its Urban Air Mobility (UAM) project is working towards creating aircraft capable of autonomous flight.

When writing, its Vehicle-2-X Communication allows eVTOLs to become aware of their surroundings by detecting hazards from the ground and in the air.

It also lets them send and receive data from each other. This makes sure we don’t get a bunch of these crashing into one another!

The European Aviation Safety Agency (EASA) has been preparing for eVTOLs since 2018. It’s forming the rules that will ensure they’re safe to use in Europe.

Honored to be featured in CES official press release and listed as one of the "KEY TRENDS AT CES 2022."
At CES 2022, over 2,300 global exhibitors, including over 800 startups, unveiled innovation that will better the world and solve global challenges. https://t.co/oBeOfZf9jB pic.twitter.com/brCQtEReA7

Asia is getting closer to having flying taxis for public use. Specifically, Japan will set guidelines for flying car tests by March 2022, and they will be put to practical use by 2023.

The Japanese government has been working with private firms so that it can use eVTOLs for transportation in rural regions and delivery of disaster relief.

SkyDrive is the only Japanese eVTOL company that succeeded in testing human-crewed flights. CEO Tomohiro Fukuzawa aims to make hailing air taxis so simple that you can do it with a mobile app!

What are the benefits of eVTOLs? 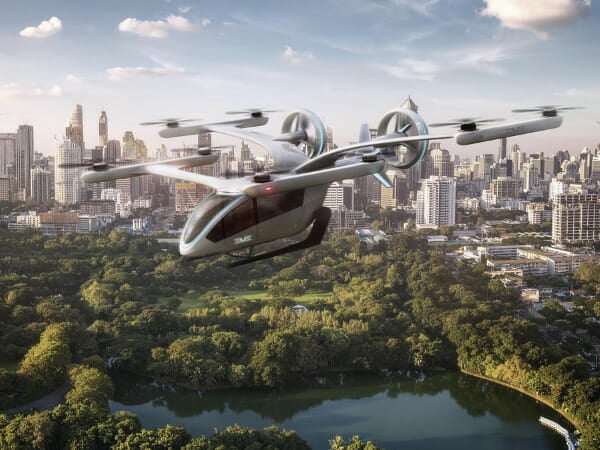 Having flying cars could help us live out our favorite movies in real life. Yet, eVTOLs can help us in more ways, such as:

What are the risks of eVTOLs?

As with everything else, flying cars pose a few problems too. Here are the ones that we may encounter once we see them in the real world:

Still, eVTOLs are getting better because I could leave out two problems with flying vehicles: the number of passengers and noise. The current models have resolved these issues!

How Much Do Tesla Cars Cost?

The world has been engaged in a tech race for years. Nowadays, we’ve come so far that we’re taking to the skies! Perhaps we would see them in action in 2023!

Check out the Vertical Flight Society if you’d like to know more about eVTOLs and similar aircraft. It has the latest updates on these types of flying vehicles.

Check out other Inquirer USA articles to get the latest for everything else. Those will keep you up-to-date with the latest trends from around the world.