NFL Playoffs 2022 - Who's Predicted to Go to the Super Bowl?

NFL Playoffs – who’s predicted to go to the Super Bowl?

The NFL playoffs and championship will be kicking off this weekend. If it’s similar to the division playoffs, expect more awesome games. After some spectacular games last weekend, all tickets are sold on Sunday for the NFL Super Bowl.

A bizarre last game includes the loss of Tom Brady and Tampa Bay Buccaneers over the Los Angeles Rams. With the field goal, 30-27 in the division round.

Though last weekend’s game might be the greatest post-season match ever, it’s also the best game of this season. In Kansas City, the Chiefs’ Patrick Mahomes and Buffalo’s Josh Allen put up an excellent show. The Bills rallied for a touchdown with a 36-33 lead. The Chiefs won the toss and went on the field to win through a touchdown pass. 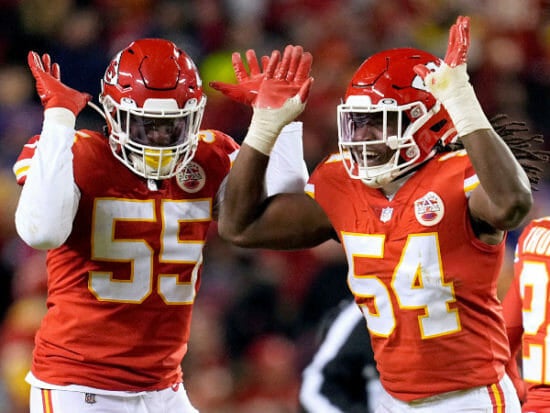 While the Chiefs aim for a third AFC championship, they’ve edged over the Buffalos 42-36 in an overtime thriller. Under coach Andy Reid’s lead, Patrick Mahomes is unstoppable in dominating the AFC playoffs. This is with the help of Tyreek Hill and Travis Kelce. However, teammate Tyrann Mathieu left the round with a minimal concussion.

Meanwhile, since 1988, Cincinnati will play again in the NFL championship for the first time. The team is back on its feet with the help of the perfect combination of Joe Burrow and Ja’Marr Chase. Also, the Bengals have an underestimated line of defense. That was evident in their 19-16 victory over the Titans in the divisional round.

Moreover, the Packers lose to the 49ers at 13-10 in the NFC divisional round. At the same time, San Francisco ended the season series with the Rams.

Here are the picks and predictions for the NFL conference championship weekend.

They are both looking to continue their winning ways when they face off at Arrowhead Stadium on Sunday. The Chiefs have been one of the most impressive teams in the NFL this season, thanks in part to quarterback Patrick Mahomes’s stellar play. The Bengals, meanwhile, will be looking for revenge after losing to the Chiefs earlier this season.

The 49ers are coming into this game with a 2-5 while the Rams have a record of 5-2. This will be an important game for both teams as they look to improve their NFL playoffs prospects. The 49ers need to start winning some games if they want to make the postseason, and the Rams are looking to keep up their winning ways.