U.S. carriers American Airlines and United Airlines on Thursday said a recovery in passenger traffic was likely to resume in March after a blip caused by the Omicron coronavirus variant, but warned that the latest wave of the health crisis would keep their costs elevated this year.

Texas-based American said while ticket sales are still not back to pre-Omicron levels, they are recovering “quickly” after dropping off “considerably” in early December.

Similarly, Chicago-based United said bookings and cancellations have started to return to normal levels. The carrier said its bookings this week were down 25% versus the same period in 2019, compared with a decline of 48% in the first week of January.

“As a result, we remain optimistic that Omicron’s impact, while significant, will be focused on January and February at this point,” United’s Chief Commercial Officer Andrew Nocella told investors on an earnings call. 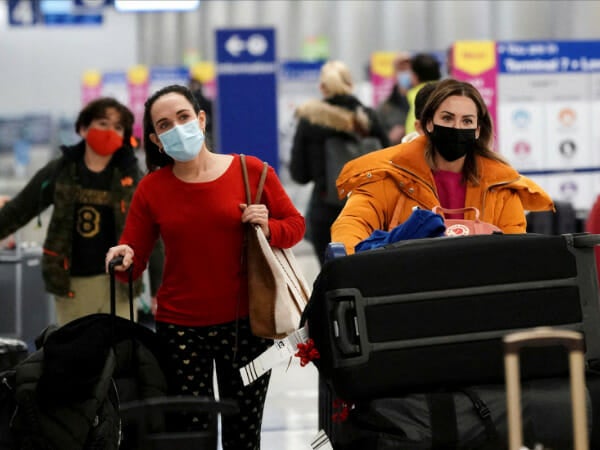 Nocella also said the impact of Omicron and each possible future variant on the carrier’s revenue will likely pale in comparison with that of the Delta coronavirus variant.

Encouraged by the improvement in bookings, United expects to report a profit in the second, third and fourth quarters of this year.

American also expects to return to profitability in March.

Domestic business travel, which accounted for 30% of the company’s 2019 passenger revenue, recovered in the latest quarter to about 70% of the pre-pandemic level, it said.

American, however, said the volatility in travel demand due to new COVID-19 variants has created “the most challenging planning environment in the history of commercial aviation”.

Both the carriers plan to match their capacity with bookings trends. 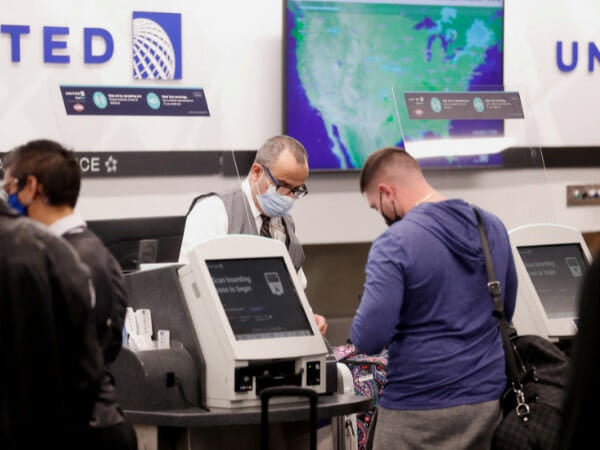 An airline passenger checks in at the United airlines desk at the Tampa International Airport as airports around the country are awaiting for Verizon and AT&T to rollout their 5G technology, in Tampa, Florida, U.S., January 19, 2022. REUTERS/Octavio Jones/File Photo

American expects its capacity in the quarter through March would be down about 8% to 10% compared to the same period in 2019. Full-year capacity is projected to be 5% lower than in the pre-pandemic year.

United’s 2022 capacity is now projected to be lower than in 2019, instead of growing 5% as estimated earlier.

Lower capacity as well as lower aircraft utilization because of delayed demand are estimated to drive up costs at the both the airlines. Higher fuel prices, rising wages and increased training costs are also pinching them.

United’s costs this year are now expected to be higher than in 2019, instead of going down. American estimates its costs would be 5% higher in 2022 than in the pre-pandemic year.

United reported an adjusted loss of $1.60 per share for the quarter through December, compared with a loss of $7.00 per share a year ago.

American’s adjusted loss for the quarter came in at $1.42 per share, compared with a loss of $3.86 per share a year ago.