The U.S. Supreme Court on Wednesday rejected former President Donald Trump’s request to block the release of White House records sought by the Democratic-led congressional panel investigating last year’s deadly attack on the Capitol by a mob of his supporters.

The decision means the documents, held by a federal agency that stores government and historical records, can be disclosed even as litigation over the matter continues in lower courts.

Trump’s request to the justices came after the U.S. Court of Appeals for the District of Columbia Circuit on Dec. 9 ruled that the businessman-turned-politician had no basis to challenge President Joe Biden’s decision to allow the records to be handed over to the House of Representatives select committee.

Democratic Representative Bennie Thompson, the panel’s chairman, and Republican Representative Liz Cheney, its vice chair, in a statement called the Supreme Court action “a victory for the rule of law and American democracy.” The committee has already begun receiving some of the documents Trump had hoped to withhold, they added. 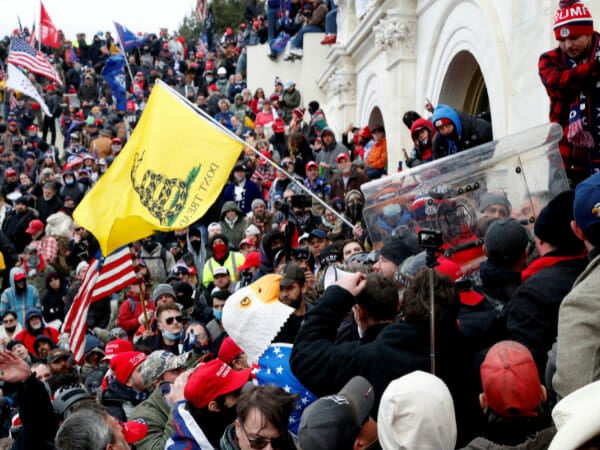 Protesters clash with Capitol police during a rally to contest the certification of the 2020 U.S. presidential election results by the U.S. Congress, at the U.S. Capitol Building in Washington, U.S, January 6, 2021. REUTERS/Shannon Stapleton/File Photo

A Trump spokesperson did not immediately respond to a request for comment.

Trump and his allies have waged an ongoing legal battle with the committee seeking to block access to documents and witnesses. Trump has sought to invoke a legal principle known as executive privilege, which protects the confidentially of some internal White House communications, a stance rejected by lower courts.

The brief Supreme Court order noted that the weighty question of whether a former president can assert an executive privilege claim did not need to be answered to resolve the case.

“Because the court of appeals concluded that President Trump’s claims would have failed even if he were the incumbent, his status as a former president necessarily made no difference to the court’s decision,” the unsigned order said.

Only one of the court’s nine members, conservative Justice Clarence Thomas, publicly noted disagreement with the decision. 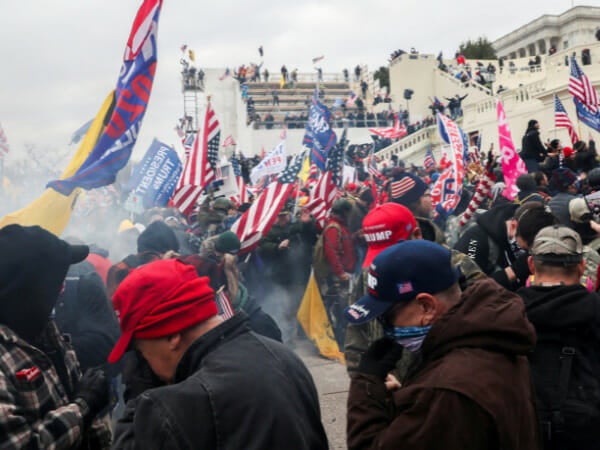 Supporters of U.S. President Donald Trump react to tear gas during a clash with police officers in front of the U.S. Capitol Building in Washington, U.S., January 6, 2021. REUTERS/Leah Millis

The House committee has said it needs the records to understand any role Trump may have played in fomenting the violence that unfolded on Jan. 6, 2021. His supporters stormed the Capitol in a failed bid to prevent Congress from formally certifying Biden’s 2020 presidential election victory over Trump.

The committee has asked the National Archives, which holds Trump’s White House records, to produce visitor logs, phone records and written communications between his advisers.

Biden, who took office two weeks after the riot, has determined that the records, which belong to the executive branch, should not be subject to executive privilege and that turning them over to Congress was in the best interests of the nation. Trump has argued that he can invoke executive privilege based on the fact he was president at the time even though he is no longer in office.

U.S. District Judge Tanya Chutkan on Nov. 9 rejected Trump’s arguments, saying he had not acknowledged the “deference owed” to Biden’s determination that the committee could access the records and adding: “Presidents are not kings, and Plaintiff is not President.”

The select committee is comprised of seven Democrats and two Republicans. The Supreme Court’s 6-3 conservative majority includes three justices appointed by Trump, but it has not always been receptive to his requests.

The court last year rejected his request to block disclosure of his tax records as part of a criminal investigation in New York and also turned away attempts by Trump and his allies to overturn the 2020 election.

Shortly before the riot, Trump repeated to a crowd of his supporters his false claim that the 2020 election was stolen from him through widespread voting fraud, telling them to go to the Capitol and “fight like hell” to “stop the steal.”