US FAA clears 45% of commercial plane fleet after 5G deployment

US FAA clears 45% of commercial plane fleet after 5G deployment

The U.S. Federal Aviation Administration (FAA) said Sunday it had cleared an estimated 45% of the U.S. commercial airplane fleet to perform low-visibility landings at many airports where 5G C-band will be deployed starting Wednesday.

The FAA has warned that potential interference could affect sensitive airplane instruments such as altimeters and make an impact on low-visibility operations.

U.S. passenger and cargo airlines have been sounding the alarm to senior government officials that the issue is far from resolved and could severely impact flights and the supply chain.

“Even with the approvals granted by the FAA today, U.S. airlines will not be able to operate the vast majority of passenger and cargo flights due to the FAA’s 5G-related flight restrictions unless action is taken prior to the planned Jan. 19 rollout,” said Airlines for America, a trade group representing American Airlines, Delta Air Lines, Fedex and other carriers. 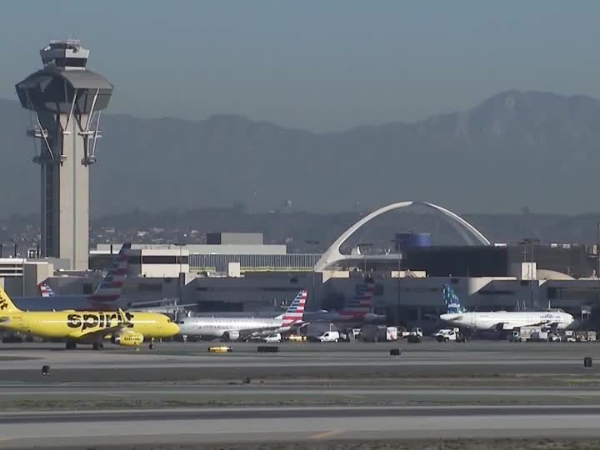 The U.S. Federal Aviation Administration (FAA) said Sunday it had cleared an estimated 45% of the U.S. commercial airplane fleet to perform low-visibility landings at many airports where 5G C-band will be deployed starting Wednesday. Flora Bradley-Watson reports.

The FAA said the aircraft and altimeter approvals open “runways at as many as 48 of the 88 airports most directly affected by 5G C-band interference.” But the agency warned that “even with these new approvals, flights at some airports may still be affected.”

Reuters reviewed the 36-page list of the runways covered by the approvals that has not yet been made public – and it does not include many larger U.S. airports.

The FAA told Boeing in a letter Sunday reviewed by Reuters that it was granting approvals for specific runways and planes with certain altimeters “because the susceptibility to interference from 5G C-band emissions has been minimized.”

AT&T and Verizon, which won nearly all of the C-Band spectrum in an $80 billion auction last year, on Jan. 3 agreed to buffer zones around 50 airports to reduce interference risks and take other steps to reduce potential interference for six months. They also agreed to delay deployment for two weeks, averting an aviation safety standoff.

The FAA on Thursday issued nearly 1,500 notices detailing the extent of potential impact of 5G services.

“Passengers should check with their airlines if weather is forecast at a destination where 5G interference is possible,” the FAA said Sunday.

But airlines warn those buffer zones may not be enough to prevent flight disruptions at those airports.

On Friday, the FAA said it would require Boeing 787 operators to take additional precautions when landing on some wet or snowy runways.

LATEST
Elon Musk requires proof on share of spam bot on Twitter for deal to progress
You’re Doing It Wrong: How to Use Long-Tail Keywords to Gain Traffic
Where’s the beef? Wendy’s, McDonald’s are sued over fake burger sizes
DeSantis says Florida could take charge of Disney’s special district
SpaceX is set to become the most valuable U.S. startup
Starbucks to add abortion travel coverage to U.S. health benefits