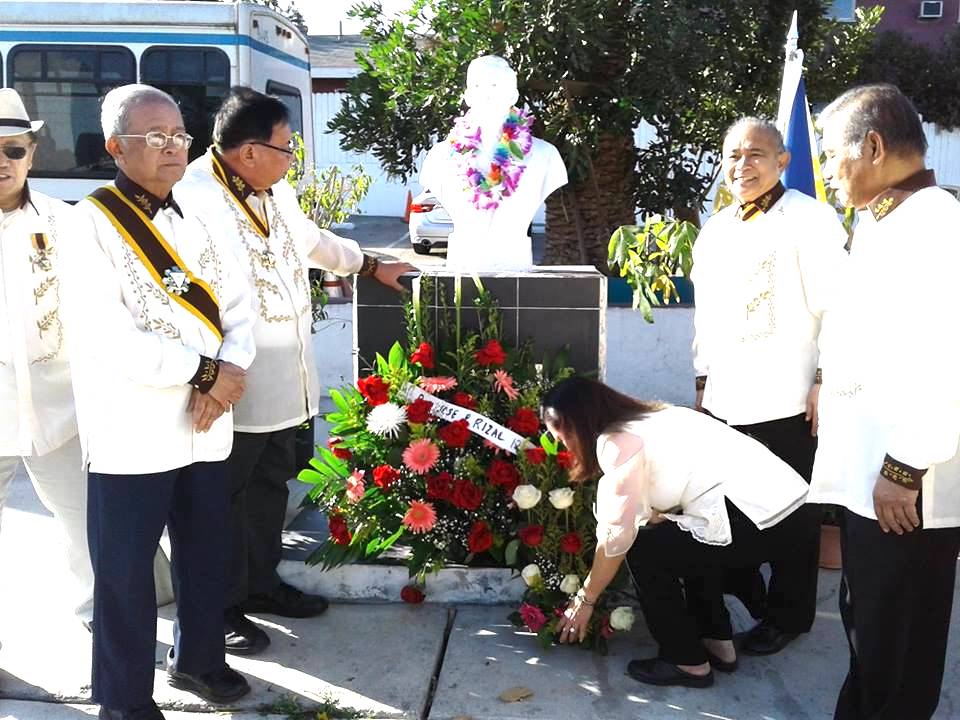 LOS ANGELES – Filipino Americans laid a wreath on a monument of Dr. Jose P. Rizal to mark the 121st anniversary of the national hero’s martyrdom on Rizal Day, December 30.

The Knights of Rizal-Central LA and the Filipino and officers of the Filipino Community Center (FACLA) started the morning ceremony with the singing of the Philippine National Anthem, followed by an invocation by Sir Antonio Berango.

After opening remarks by Dr. Marc Caratao led the Knights of Rizal and other civic organizations in laying wreaths at the foot of Rizal Monument at the northern portion of the FCC Compound. 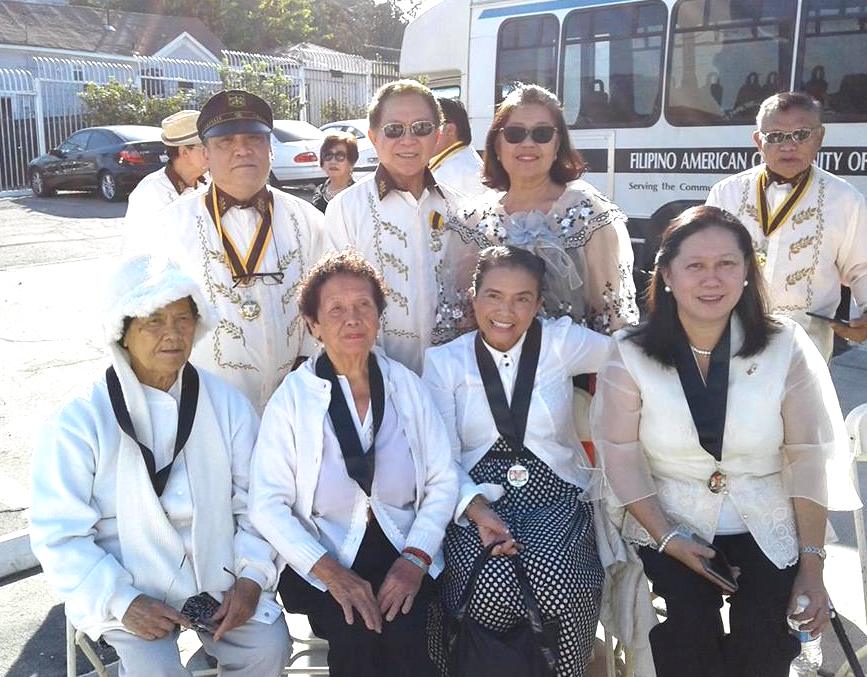 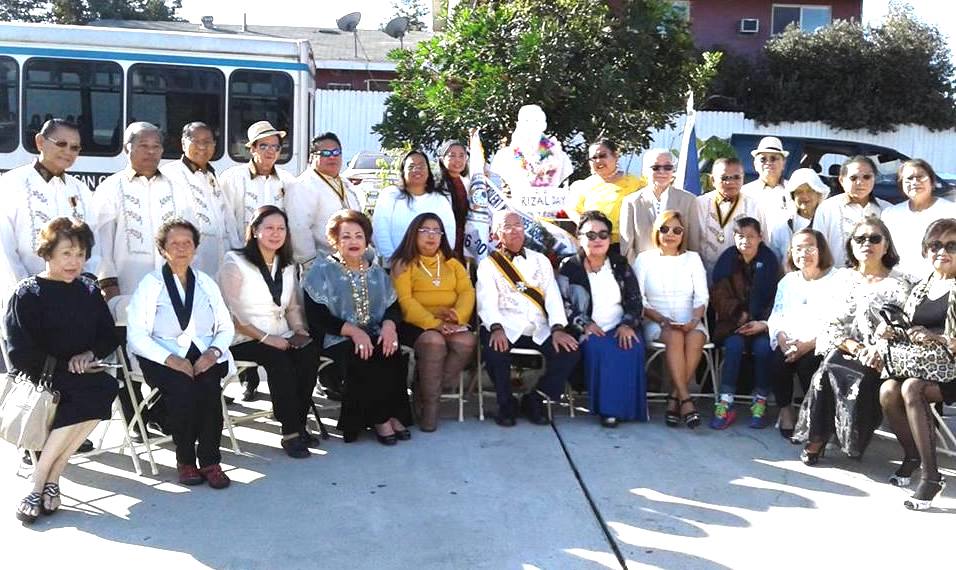 Group picture of the Knights of Rizal at the Rizal monument after the program at FCC/FACLA compound. Lunch was served by the PBMA Chapter who are devoted Rizalians. CONTRIBUTED

Then JFAV Gold Medals were given to four veterans’ survivors namely, Rosalie P. Caratao, Exeltacion Divinagracia, Inday Bordaje and Grace Ballane (who represented her mother, Helen Ballane). They were given out by Ganon and JFAV National Coordinator Arturo P. Garcia.

A sumptuous lunch was served After the program.