Coachella 2022 Lineup May Be the Best Yet - Here's Who's Coming

While the Omicron variant is widely spreading, the Coachella Music Festival is unstoppable. The music festival is scheduled on April 15-17 and April 22-24 at its usual home at the Empire  Polo Ground in Indio, California.

Coachella has been canceled and postponed for two years due to the COVID-19 crisis. Although this year’s a piece of good news for all the music festival-goers. As Billboard has confirmed and released the 2022 official lineup on Wednesday. This is following the release of the poster with the names on the lineup. Some of the big names included are Harry Styles, Kanye West, Billie Eilish, and the Swedish House Mafia.

Harry Styles will be performing at the music festival for the very first time. Moreover, sources said he might release a new song before performing. Although his plans seemed altered by the ongoing pandemic, he just recently finished the biggest North American tour which started in 2020. Harry Styles hasn’t launched any new album since his last one in December 2019 – “Fine Line”. Though there are rumors of his new music coming up in the following weeks.

Meanwhile, Variety confirmed Kanye West’s presence on the bill. In 2011, West was a Coachella headliner while Billie Eilish had her first Coachella performance in 2019. While that is set as Eilish’s milestone, she’s also the youngest to join the festival bill at age 20. SHM last performed at the music festival in 2012.

Joining Styles, West, and Eilish are:

Many more artists not on the list will also be performing at Coachella. As the news of the Coachella’s final lineup was two years after the 2020 repetition. Originally, the headliners were Travis Scott, Rage against the Machine, and Frank Ocean. But Coachella was postponed multiple times due to the pandemic. In addition, Billboard had confirmed before that Rage Against the Machine and Scott won’t be part of Coachella 2022 headliners.

. @coachella + I AM PABLLO GLOBAL TOUR 🔥

With the tragic Astroworld concert that killed 10 attendees, Scott was canceled from the lineup. Sources say his agent fought for his place on the bill but didn’t succeed. Then it was revealed that Ocean will take his place and headline the festival in 2023. 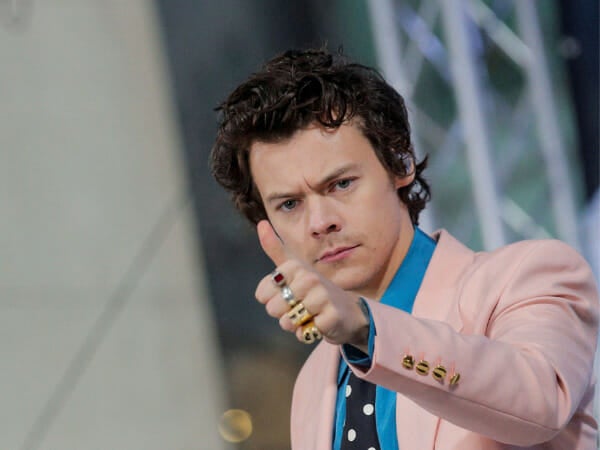 Although Coachella’s tickets were already sold out, the unwavering Omicron surge lingers as a threat. The recent cancellation of the Grammy Awards draws questions about whether the music festival can push through in April. Or will there be changes of date again for the fifth time?

As North America’s largest musical festival, Coachella has sold out its 125,000 per day tickets. Considering the logistics of 100,000 festival-goers moving to and fro, the chances of COVID-19 transmission are immeasurably high.

The dates for the 21st Coachella have already been changed four times. They changed the first date from April to October 2020, then to April 2021, and then to October of the same year. Just last fall, the promoters posted the final dates on the festival’s website. The organizer Goldenvoice doesn’t comment much on press with regards to the cancellations.

This April festival was somehow different and is on a positive note. Making their preparation moves at full speed as the concerts started returning to almost normal last summer. Other major festivals successfully held their concerts without any major incident. These festivals are Rolling Loud and Lollapalooza.

Even if Coachella won’t be happening until months from now, it already sparked controversy regarding its COVID-19 protocols. They changed their previous vaccination policy to proof of a negative test 72 hours before the event. Although the issue lies more in the sneaky way of the policy announcement. They just announced it through their Instagram story.