U.S. President Joe Biden on Tuesday will begin an effort to weaken rules that allow a minority group of senators to kill proposed laws, arguing democracy is in peril unless new voting-rights legislation passes, the White House said. Biden and Vice President Kamala Harris on Tuesday will speak in Atlanta, a city with a majority Black population and capital of the battleground state of Georgia, where Democrats won two crucial U.S. Senate seats in January 2021.

Since then, Republican state lawmakers have passed dozens of state voting laws around the country in response to former President Donald Trump’s false allegations he lost the 2020 election because of voting fraud. Democrats say the state laws will make it harder for minorities to participate in elections.

“Tomorrow is an opportunity to speak about what the path forward looks like,” said White House spokesperson Jen Psaki, before confirming that Biden is expected to address changing Senate rules. 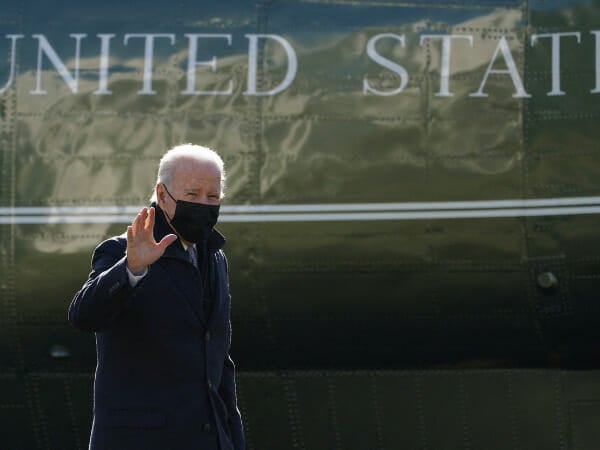 U.S. President Joe Biden waves as he returns via Marine One to the White House in Washington, U.S., January 10, 2022. REUTERS/Kevin Lamarque

Atlanta was the home of Rev. Martin Luther King Jr., the civil rights leader slain in 1968, who is remembered in a national U.S. holiday on Jan. 17.

Biden is expected to support changing filibuster rules that require 60 senators to back most legislation, including voting rights bills that do not have that many supporters. The specifics of Biden’s plans were not clear.

Democratic Senators Joe Manchin and Krysten Sinema, who represent the more conservative states of West Virginia and Arizona, say they want to protect the Senate’s 60-vote threshold to ensure bipartisanship.

Republicans have said they support keeping the filibuster because it gives minority lawmakers a voice in policymaking.

In October, Biden said the United States should “fundamentally alter” the Senate filibuster on certain issues.

He has signaled he would support requiring dissenting members to speak on the floor to delay a vote on a bill, a step up from the current system where they can just note their opposition.

The so-called “talking filibuster” would require senators to physically take the floor and likely speak for hours to halt legislation.

Democrats have also discussed voting on rule changes that would only apply to the voting rights bills or requiring at least 41 senators in the 100-member chamber to block legislation.

Biden and U.S. Senate Majority Leader Chuck Schumer have huddled over the legislative strategy for months, starting before Biden publicly acknowledged his support for weakening the filibuster on voting rights during an October CNN town hall.

Reverend Al Sharpton, a prominent civil rights activist who is traveling to Atlanta to attend the Biden speech, said he has warned the White House that half-measures on voting rights will not work.

“This is a defining moment, not just for the president, but for the country and the future of democracy,” Sharpton told Reuters.