Online film festival to be held on Rizal Day, Dec. 30

Online film festival to be held on Rizal Day, Dec. 30 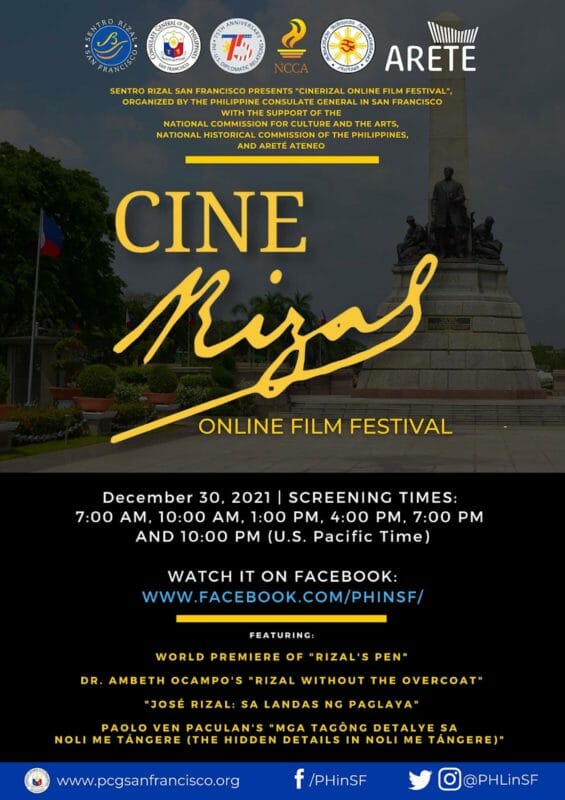 To mark the 125th anniversary of the martyrdom of Dr. Jose P. Rizal, an online film festival featuring films and documentaries on Rizal’s life and legacy will be held on Rizal Day, Dec. 30.