Apple Inc’s market value hovered just shy of the $3 trillion mark on Monday, following a stunning run over the past decade that has turned it into the world’s most valuable company.

The company’s shares fell just over 2% on Monday to close at $175.74, reversing earlier gains that saw them approach the $182.86 price needed to record a $3 trillion market value.

Apple’s stock rose about 11% last week, extending its more than 30% year-to-date gain as investors remain confident that flush consumers will continue to pay top dollar for iPhones, MacBooks and services such as Apple TV and Apple Music.

The iPhone maker’s march from $2 trillion to near $3 trillion in market value took 16 months, as it led a group of megacap tech companies such as Google-parent Alphabet Inc and Amazon.com Inc that benefited from people and businesses relying heavily on technology during the pandemic. 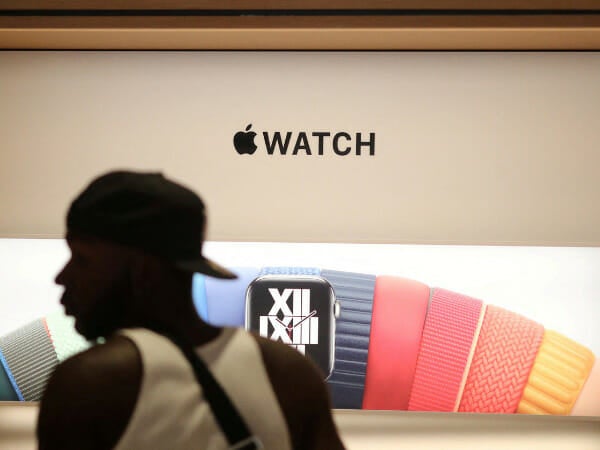 “It’s now one of the more richly valued companies in the market, which shows the dominance of U.S. technology in the world and how confident investors are that it will remain in Apple’s hands,” said Brian Frank, a portfolio manager at Frank Capital who sold his long-standing position in Apple in 2019 as the stock’s valuation rose. “It seems like the stock has priced in every possible good outcome.”

Among new revenue lines that investors expect are a possible Apple Car, alongside growth in service categories such as apps and TV that still remain well below the 65% of the company’s revenues generated by sales of iPhones, said Daniel Morgan, senior portfolio manager at Synovus Trust Company.

Eclipsing the $3 trillion milestone would add another feather in the cap for Chief Executive Tim Cook, who took over after Steve Jobs resigned in 2011, and oversaw the company’s expansion into new products and markets.

“Tim Cook has done an amazing job over the past decade, taking Apple’s share price up over 1,400%,” OANDA analyst Edward Moya said. 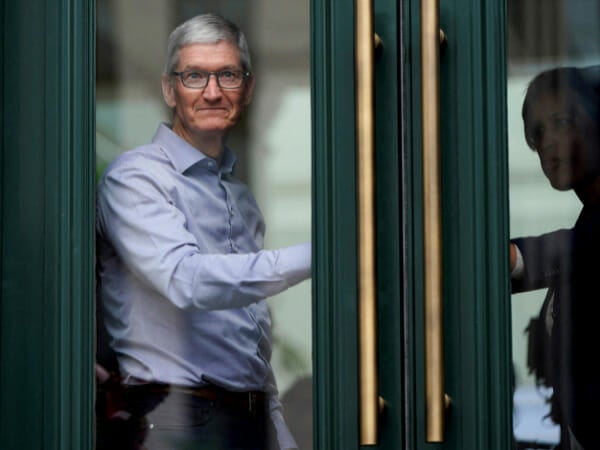 Apple shares have returned 22% per year since the 1990s, while the S&P 500 has returned less than 9% annually in the same period.

If Apple hits the $3 trillion milestone, Microsoft Corp will be the only company in the $2 trillion club, while Alphabet, Amazon and Tesla Inc have crossed $1 trillion.

Microsoft, which has a market value of roughly $2.6 trillion, was the world’s most valuable company as recently as late October when Apple reported that supply chain constraints could weigh on its growth for the remainder of the year.

Large technology stocks have rallied this year with investors tapping increasing demand for cloud-based products as companies shifted to a hybrid work model and consumers upgraded their devices. The Nasdaq 100, which is top-weighted by large companies such as Apple, is up nearly 26% this year, while the broader S&P 500 index is up roughly 24%.

The emergence of technologies such as 5G, augmented reality/virtual reality, and artificial intelligence may also help Apple and other cash-rich large technology stocks remain in favor with investors as the global economy puts the coronavirus pandemic behind it and supply chain pressures ease.

“I am in the camp that are experiencing another ‘Super Cycle’ with the iPhone12/iPhone 13 franchise,” wrote Daniel Morgan, senior portfolio manager Synovus Trust Company, in a note. “And that AAPL is lifting off to another string of quarters with strong revenue and profit growth.”

LATEST
An app to help blind people navigate public transit to launch in Washington
Four resilient SF Bay Area Filipino restaurateurs honored
Cryptoverse: Is Bitcoin’s winter ending near
Top 10 Richest Companies in the World as of 2022
20 U.S. states back restoring California strict emissions rules
Why Hiring Digital Marketing Services Is a Must In 2022

MOST READ
usa Monkeypox: Should the world be concerned?
usa The latest on the tragic Texas school shooting that left 19 children, 2 adults dead
usa Top 10 Richest Companies in the World as of 2022
usa Fil-Am graduates with 7 trade certificates from San Diego college
usa Ethereum co-founder warns of crypto crash – ‘Pay more attention’
usa California to pay college students for community service
usa Cryptoverse: Is Bitcoin’s winter ending near
DID YOU KNOW?
The Best Kindle of 2022: Which one should you buy?
A Beginner’s Guide to Buying a Vacuum Cleaner in 2022
Island Hopping in Tulum: The 12 Best All-Inclusive Tulum Resorts
How to Dispute a Debt and Win | Simple Tactics
The 12 Best Lat Exercises for Muscle Growth
Countdown to summer: tips for learning how to surf