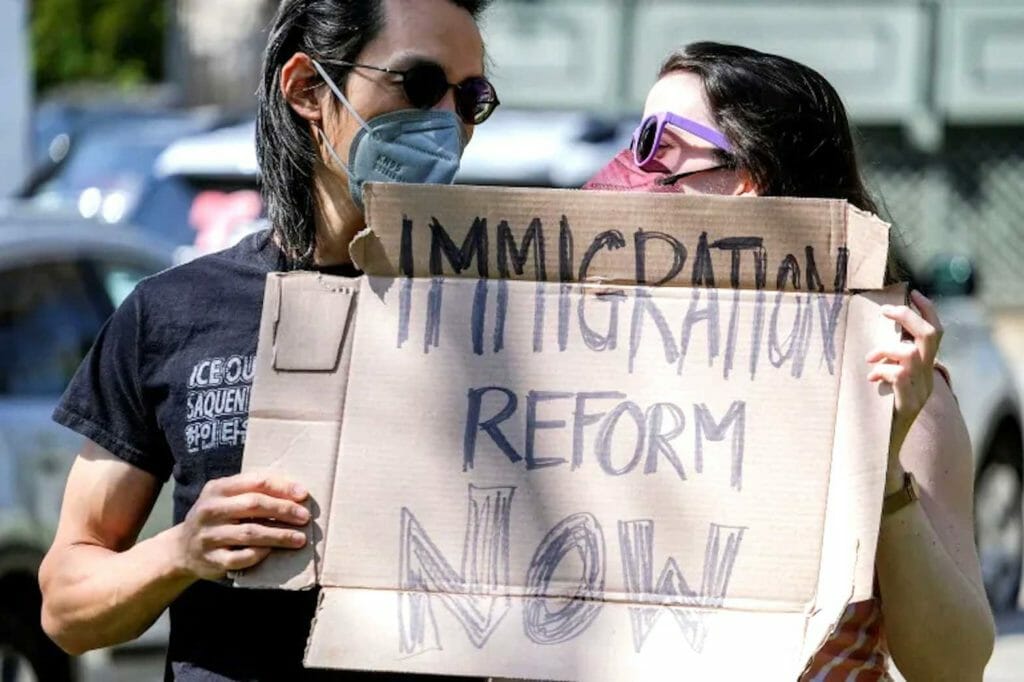 WASHINGTON — A large share of immigrant families are unaware the Biden Administration has reversed a Trump a policy that put immigration applications at risk if lawfully-present immigrants used safety net programs for which they qualified, according to a poll released  by an immigrant rights coalition,

The new research by the Protecting Immigrant Families (PIF) shows 78% of immigrant families were unaware the restrictive policy had been reversed.

The Department of Homeland Security (DHS) reversed the 2019 “public charge” regulations in March. But experts cite the policy’s persistent chilling effect as a contributing factor to the pandemic’s disproportionate impact on immigrant families of color, including vaccination disparities.

“The reversal of the Trump Administration public charge regulations was a critical first step toward ending the pandemic,” said Eddie Carmona, PIF director. “But this poll confirms that the Biden Administration, and all of us, have much more work to do.”

The poll surveyed 1,000 individuals nationwide, mostly Latino or Asian American / Pacific Islander. Respondents have at least one family member who is not a U.S. citizen. The survey found that:

The poll was completed for the PIF coalition by BSP Research, which has also overseen large public opinion surveys measuring the impact of COVID-19 on Latino communities. The research was funded by Share Our Strength’s No Kid Hungry campaign.

The survey was in the field from Sept.1-22, 2021. BSP screened in only people who are immigrants or have at least one close family member who is an immigrant, and the poll includes 1,000 respondents at a confidence interval of +/- 3.1%.

More than 1 in 4 U.S. children live with at least one immigrant parent. Research by the nonpartisan Urban Institute shows the harsh changes to the public charge policy generated confusion and fear among eligible immigrant families in 2020.

As a result, immigrants and citizens alike, declined to access programs designed to help feed, house and keep their children healthy, despite facing significant hardship. And both research and expert analysis indicate that the public charge policy has undermined COVID-19 vaccination efforts.

The policy denied families of color access to critical lifelines, widened health and economic disparities, and undermined the nation’s resilience. The PIF research confirms that effective communication to immigrant families is essential to effective pandemic response and recovery.

“COVID-19 has exposed all the ways inequitable laws, policies, and systems harm immigrant families and our country,” said Emily Stewart, executive director of the health equity nonprofit Community Catalyst, a member of the PIF steering committee.