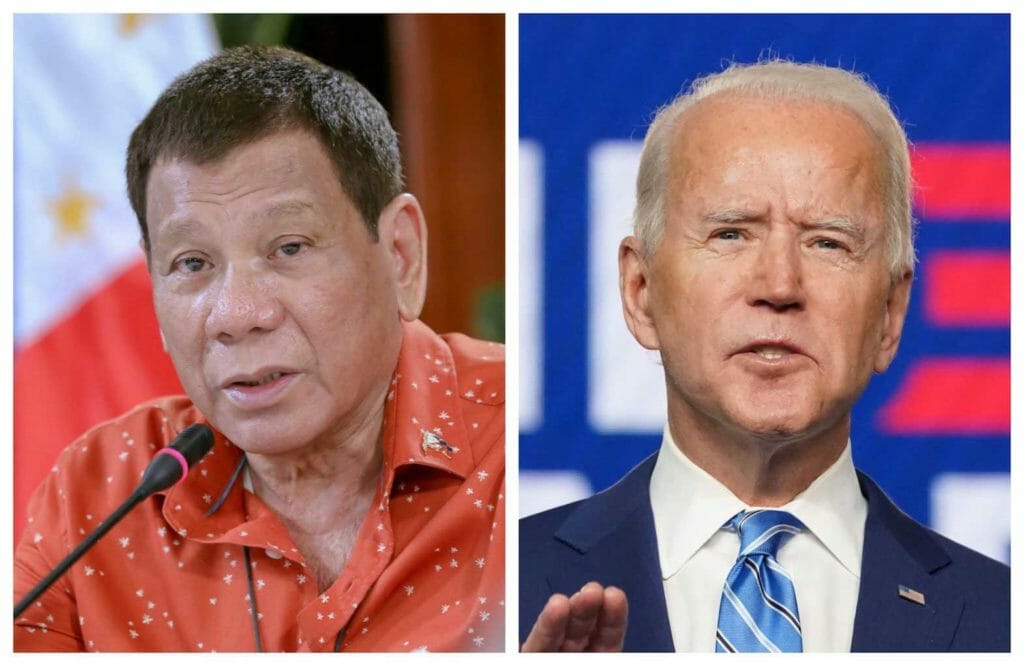 On behalf of Filipino American leaders and allied groups, we protest in the strongest possible terms your invitation to Philippine President Rodrigo Duterte to attend your Summit for Democracy.

Inviting governments with serious human rights problems like the Philippines – which your State Department has consistently warned about – makes this whole summit questionable. By the State Department’s own reports, the Duterte administration is responsible for “unlawful or arbitrary killings.” The Office of the Prosecutor of the International Criminal Court (ICC) is conducting an investigation into President Duterte’s drug war with himself as a suspect. Since becoming president in 2016, he has overseen the deaths of tens of thousands of civilians, and has extended the orders to kill until 2022.

A country where the leader rules with an iron fist and makes a mockery of the law is not a democracy. A country where dissent is suppressed and opposition is minimized by force is not a democracy. The five year imprisonment of Sen. Leila de Lima without conviction, the war on terror on labor leaders and the constant harassment of journalists especially Nobel Peace Laureate Rappler publisher Maria Ressa, and the shutdown of ABS-CBN network by the Duterte administration are brazen assaults on the Philippines’ constitutional democracy.

The Filipino people deserve respect from the United States by truly demonstrating its support for human rights and democratic principles. We are profoundly outraged because the presence of Duterte makes a mockery of what the U.S. professes, especially given the sheer magnitude of his crimes.

To counteract this blunder, we urge you to invite to the summit the Philippine Vice-President Leonor “Leni” Robredo, the leader of the democratic opposition.