Convicted killer Scott Peterson, whose death sentence for the murder of his wife and unborn son was overturned last year by the California Supreme Court, was re-sentenced on Wednesday to life in prison without parole.

Peterson, 49, had been held on death row at San Quentin State prison since 2005 after being convicted a year earlier of murdering his wife, Laci, who was seven months pregnant with their unborn son, Conner.

His new sentence was handed down by Judge Anne-Christine Massullo in San Mateo County Superior Court. 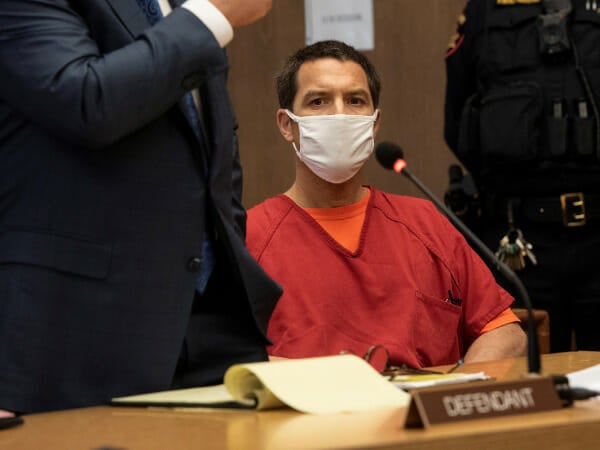 Convicted killer Scott Peterson, whose death sentence for the murder of his wife and unborn son was overturned last year by the California Supreme Court, listens to his attorney Pat Harris during a hearing at the San Mateo County Superior Court in Redwood City, California, U.S. December 8, 2021. Andy Alfaro/Pool via REUTERS

Scott Peterson attended the hearing, but was not allowed to speak, defense attorney Pat Harris told reporters outside the Redwood City, California, courthouse.

Peterson had hoped to say that he had been looking forward to fatherhood, contrary to a prosecution theory that his wife’s pregnancy motivated him to kill her, Harris said.

“One of the things that really upsets him is this concept that he did not want to have a child,” he said. “And he wanted to talk a little bit about that.” 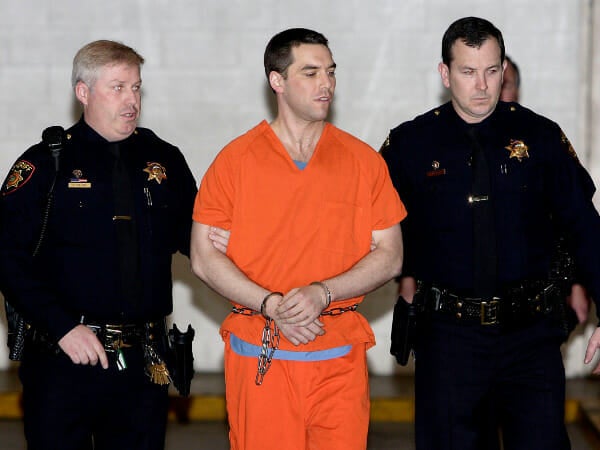 Convicted murderer Scott Peterson is escorted by San Mateo County Sheriff deputies as he is walked from the jail to an awaiting van, March 17, 2005 in Redwood City, California. Scott Peterson was transported to San Quentin Prison’s Death Row after he was formally sentenced to death for the murder of his wife Laci and their unborn son. REUTERS/Justin Sullivan/POOL js/dr/HB

Stanislaus County District Attorney Birgit Fladager, whose office prosecuted the case, declared in May court that she would not seek another death sentence.

Laci Peterson was reported missing from the couple’s home in Modesto, California, on Christmas Eve, 2002, touching off a months-long search and investigation in the glare of national media. Her partial remains and those of her unborn son washed ashore along San Francisco Bay the following April.

California’s Supreme Court threw out Peterson’s death sentence in August 2020 on the grounds that the presiding San Mateo County Superior Court judge wrongly dismissed 13 potential jurors because, in filling out an initial questionnaire, they expressed opposition to the death penalty.

Separately, the state Supreme Court in October 2020 ordered the trial court to review Peterson’s conviction based on his contention that his two counts of murder should be set aside because of prejudicial misconduct by a member of the jury.

Harris said the defense team is focused on a Feb. 25 hearing stemming from the Supreme Court ruling at which they hope to win a new trial.