In June 2021, Gabby Petito was getting ready to go on a cross-country road trip with her fiancé Brian Laundrie. She had been excited to share the journey with her family and other folks on social media. The family couldn’t talk to her by the end of August. Weeks later, she was found dead in a forest.

Many people talked about this story for so many reasons. First, the issue sheds light on the growing Van Life trend. Second, the story of Gabby Petito and Brian Laundrie caused many on Twitter to post about their similar problems. For everyone else, they could learn more about other issues concerning women and missing people.

We will go through the events of the Gabby Petito story so far. We will go through each important date and talk more about them. Then, we will talk about how the family members and other people responded. Take note that this is a developing story, so you’ll only find info that was there at the time of writing.

Gabby Petito – What Happened So Far 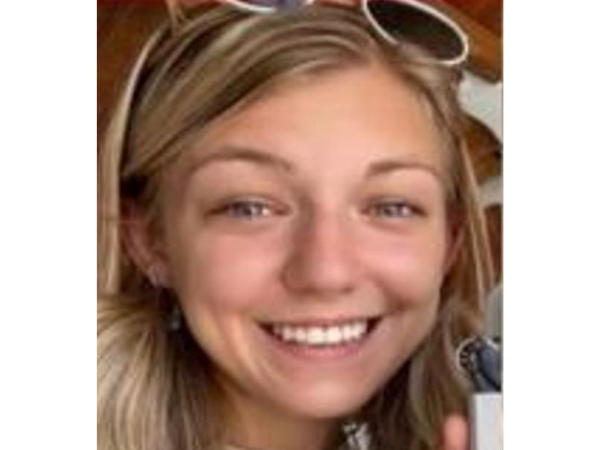 FILE PHOTO: Gabrielle Petito, 22, who was reported missing on Sept. 11, 2021 after traveling with her boyfriend around the country in a van and never returned home, is shown in this undated handout photo. North Port/Florida Police/ Handout via REUTERS/File Photo

We already talked about the start of Gabby Petito’s road trip with Brian Laundrie. Now, we will go into more detail about what came next. The next update was on August 12.

Police saw them in Moab, Utah, and described them as having some sort of “altercation.” Yet, the couple said they were in love, so they didn’t want anyone charged with a crime.

Moab police officer Daniel Robbins said it wasn’t a fight and more of a mental health crisis. However, a 911 call reported a man getting out of a white van and hitting a girl.

Petito family lawyer Richard Stafford said Gabby last spoke with the family on August 30. He also shared what happened in the last week of August, according to her family.

MISSING PERSON Gabby Petito
Petito was believed to have been in Grand Teton National Park at the time of her last contact with her family.
Contact: Anyone with possible information on Petito’s whereabouts is encouraged to call the FBI tip line at 1-800-CALLFBI (225-5324). pic.twitter.com/iC49SdoFA0

North Port police said Laundrie returned to the Florida home where he and Petito had been living with his parents on September 1, 10 days before she was reported missing. He has since retained a lawyer.https://t.co/rarrVPHiDk

Brian went back to the Laundrie home on the first of September. His parents also lived in this North Port house. A search warrant request shares more details.

It said a license plate reader showed Laundrie’s white van at 10:26 AM (ET), exiting Interstate 75 into North Port, Florida. Later, the police found the vehicle at the Laundrie Family home.

Then, officers checked the white van. At a news briefing, North Port police spokesperson Josh Taylor said that “there was some material in there.” 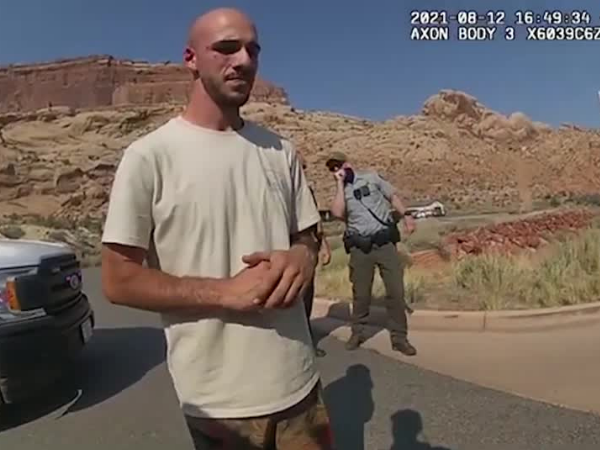 [NFA] Gabby Petito’s boyfriend, whom police have sought for six days in connection with the 22-year-old travel blogger’s death during their cross-country road trip, was charged on Thursday with fraudulently using her bank debit card. This report produced by Freddie Joyner.

According to county officials, the Laundrie family went to a campground in early September, and it was roughly 75 miles away from their home.

What’s more, Brian Laundries’ mother, Roberta Laundrie, checked in at a waterfront site at the Fort De Soto Park. This lasted from the 6th to the 8th of September.

The family stayed there from the 6th to the 7th of September. Then, all of the members left at once.

Van-life blogger and Instagrammer Gabby Petito was reported missing by her mother on Saturday, September 11. Police have deemed her boyfriend, Brian Laundrie, a "person of interest" in the case.

Here’s what we know so far. 👇https://t.co/SLk5MnwraY

Gabby Petito’s family worried about her even more. The family was living in New York, so they filed a missing person report in Suffolk County.

Meanwhile, North Port officials went to the Laundrie home on the night of September 11. They asked to speak with Brian and his family.

However, police spokesperson Josh Taylor said, “we were handed the information for their attorney.” That was all the police got after talking to them.

Read More: What Is The Van Life All About?

Richard Stafford read a letter at a news briefing. It’s about the missing woman’s family begging the Laundries to help Gabby return home:

“Please, tell us where Gabby is located… All we want is for Gabby to come home. Please help us make that happen.”

The letter from Gabby Petito’s family also said, “We haven’t been able to sleep or eat, and our lives are falling apart.“ Sadly, the other family didn’t answer.

The Laundrie family asked the police to come to their home, and they said they hadn’t seen Brian since September 14. Their lawyer Steven Bertolino confirmed this on CNN.

What’s more, he said that the FBI was looking for the young couple. On September 18, the North Port police department looked for Brian Laundrie at the Carlton Reserve in Florida.

The FBI also announced that it is searching for him in Grand Teton National Park. Also, it labeled Brian Laundrie as a person of interest for this case.

The FBI found human remains in Teton County, Wyoming. On September 19, the agency said it matches the description of Gabby Petito. Yet, they needed time to make sure.

The next day, FBI officials asked Brian Laundrie’s parents at their home. Then, they were escorted out of their home, and they returned after agents searched the house.

By the 21st of September, the Teton County coroner confirmed that it truly was Petito’s remains. Her Long Island hometown mourned after this discovery.

A federal grand jury has indicted Brian Laundrie following the death of his fiancé Gabby Petito — not for killing her, but for unauthorized use of a debit card after she died. https://t.co/5aWXxqUi2G

The FBI reported that there is now an arrest warrant for Brian Laundrie. This was due to his “use of unauthorized devices” after Gabby Petito’s death.

He was suspected of using a debit card and PIN for accounts that belonged to other people. He used those to spend more than $1,000 between August 30 and September 1.

Moreover, Special Agent in Charge Micheal Schneider released a statement. He told people to contact the FBI in case they know anything about where Brian Laundrie is.

How did people respond? 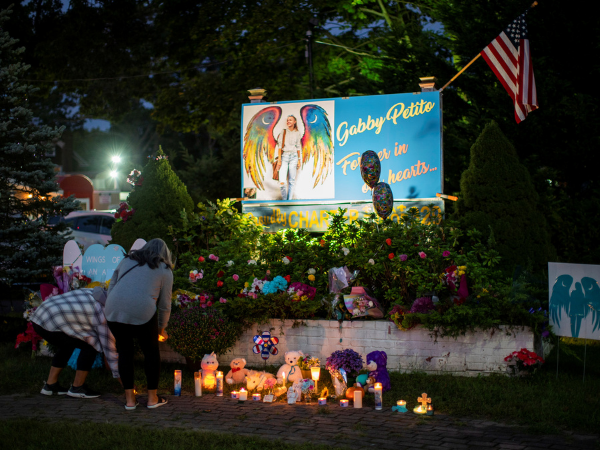 People place candles and flowers during a candlelight vigil for travel blogger Gabby Petito, whose body was discovered in a remote corner of the Bridger-Teton National Forest after traveling with her boyfriend, in Blue Point, New York, U.S., September 24, 2021. REUTERS/Eduardo Munoz

People flooded social media with kind words for Gabby Petito’s family. Yet, her father said that other missing people should get this much attention as well.

This was also how Nicole Wagon felt. Her daughter Jade Wagon went missing too, yet she didn’t get to appear on Good Morning America.

Sadly, other people used this tragic incident to scam people. They made fakes of the Gabby Petito Foundation page. The real one was up and running on September 25, yet so many fakes have been running before then.

What’s more, other details about Gabby Petito and Brian Laundrie appeared on the internet. Specifically, their high school yearbook came out along with more details about them.

The Story Behind The Menendez Brothers

Mental Health During The COVID-19 Pandemic

You can learn a lot from what happened. First, you get to see trends that we should solve. For example, this caused more people to talk about domestic abuse.

Second, there’s a growing number of people that are still missing. More people came out and asked for the same treatment for their missing loved ones.

Lastly, it shows more info on the recent Van Life trend. If you were planning to go on a road trip, you might want to plan it well. This shows how bad it could go!

More importantly, it’s best to help with the ongoing search. If you know anything about Brian Laundrie or where he is, please contact the FBI.