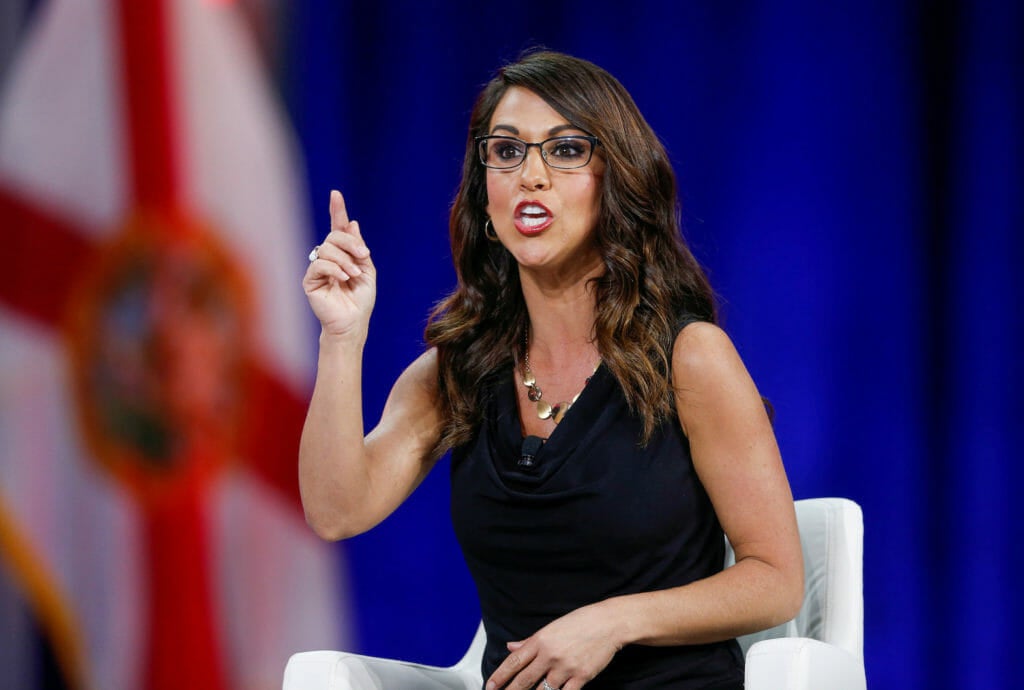 WASHINGTON – A new fault line opened between Republicans in the U.S. House of Representatives on Tuesday, as lawmakers squabbled publicly over accusations of religious bigotry and racism among party conservatives.

In a fight that could further complicate Republican efforts to forge unity ahead of next year’s elections, firebrand congresswoman Marjorie Taylor Greene on Twitter branded Representative Nancy Mace as “trash” for criticizing Republican Lauren Boebert for remarks about a Democrat that have been decried as Islamaphobic.

“@NancyMace is the trash in the GOP Conference. Never attacked by Democrats or RINO’s (same thing) because she is not conservative, she’s pro-abort. Mace you can back up off of @laurenboebert or just go hang with your real gal pals, the Jihad Squad. Your out of your league,” Greene wrote in a tweet early on Tuesday.

RINO, the acronym for “Republican In Name Only,” is an epithet often used to criticize party members not seen as adequately conservative.

Greene was attacking Mace over a recent CNN interview in which her fellow congresswoman likened Boebert’s remarks about Democratic Representative Ilhan Omar to other “racist tropes and remarks that I find disgusting,” which she said have come from both sides of the aisle.

Mace quickly shot back at Greene on Tuesday in a tweet describing herself as an anti-abortion conservative and adding: “What I’m not is a religious bigot (or racist). You might want to try that over there in your little ‘league.'”

Greene, Mace and Boebert are all in their first two-year term. The exchange came a day after a failed effort  to end the feud between Boebert and Omar, a Muslim who was born in Somalia. Boebert – like Greene an outspoken supporter of former President Donald Trump – had referred to Omar as a member of a “jihad squad” and said it was safe to ride with her in a Capitol elevator if she was not wearing a backpack.

Greene and Mace have clashed before. But their new rift could complicate matters for House Republican leader Kevin McCarthy, as he seeks political unity to reclaim the majority in the House in the 2022 congressional midterm elections.

McCarthy is under pressure from Democrats to discipline Boebert, barely two weeks after the House censured  Republican Representative Paul Gosar over an anime video depicting him killing progressive Democratic congresswoman Alexandria Ocasio-Cortez and swinging a pair of swords at Democratic President Joe Biden.

“We’re considering what action ought to be taken,” House Majority Leader Steny Hoyer, the chamber’s No. 2 Democrat, told reporters. Hoyer suggested the Republican caucus sanction Boebert on its own to “cleanse itself” of such “toxic” behavior.

Threatening rhetoric and political division have plagued House Republicans since Trump supporters stormed the Capitol on Jan. 6 in an effort to stop the certification of Biden’s 2020 election victory.

Republican Representative Liz Cheney was ousted from a party leadership  position after voting to impeach Trump and criticizing his false claim that the 2020 election was stolen from him.

Greene called for the party to expel Cheney and Republican Representative Adam Kinzinger after they joined the committee investigating the Jan. 6 riot.