‘Honor Thy Mother,’ a film on Indipinos, to be screened Dec. 17

‘Honor Thy Mother,’ a film on Indipinos, to be screened Dec. 17 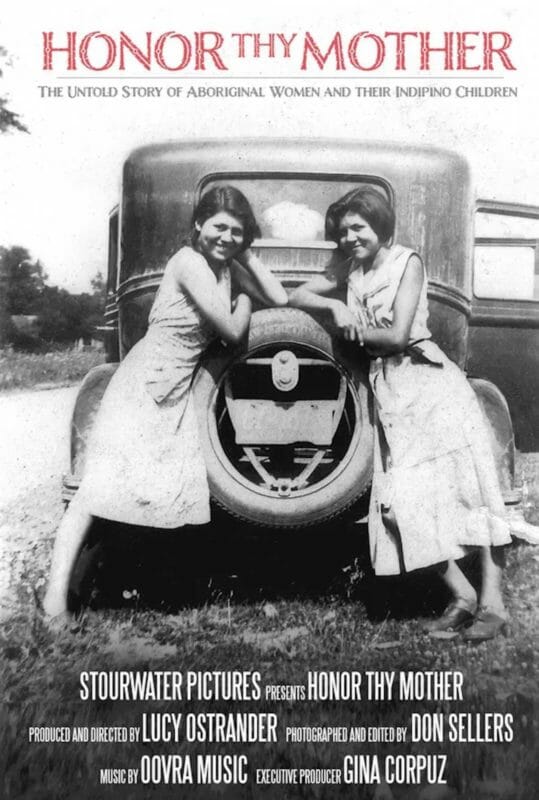 A new documentary film “Honor Thy Mother,” which tells the untold stories of the Indipinos, descendants of native Indians and Filipino immigrants who lived and worked as strawberry pickers in Bainbridge Island, Washington, will be screened on Dec. 17, at 5:30 p.m., PST U.S./Canada. “Honor Thy Mother” revisits the story of 36 Aboriginal/Native women who came to Bainbridge in the 1940s to pick berries, married Filipino immigrants and settled in the island to raise their Indipino children.

The 31-minute documentary is produced and directed by Bainbridge Island resident Lucy Ostrander of Stourwater Pictures, an award-winning documentary filmmaker who specializes in filming historical and social issues.

The film’s executive producer, Gina Corpuz, is the daughter of an aboriginal woman, Evelyn Williams, who survived being taken at age 5 to St. Paul’s Indian Residential School in North Vancouver.

Some of the women, Williams among them, fell in love and married Filipino immigrants. These intermarriages raised more than 150 children who now identify themselves as “Indipinos” in Bainbridge Island.