Institutional investors poured in $154 million in the crypto sector in the week ended Nov. 19, with a year-to-date total of $9.2 billion, already exceeding total inflows of $6.7 billion in 2020.

Bitcoin got the lion’s share of inflows with $114.4 million, equivalent to 74% of the total. So far this year, total inflows into bitcoin products and funds hit $6.7 billion. 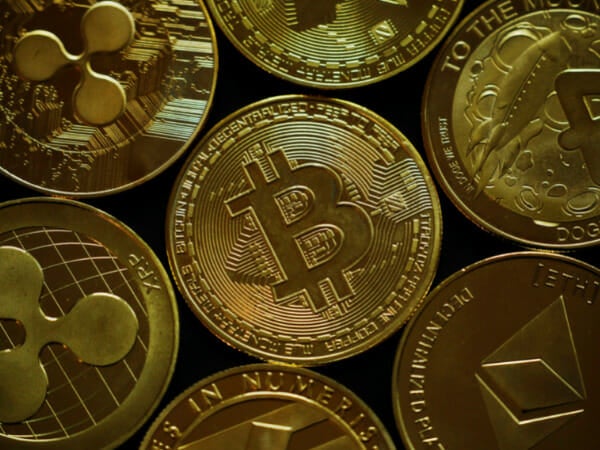 A representation of the virtual cryptocurrency Bitcoin is seen in this picture illustration taken June 14, 2021. REUTERS/Edgar Su/Illustration

“Bitcoin was ripe for a pullback and it might not be over yet before traders confidently feel a bottom has been made,” said Edward Moya, senior market analyst at OANDA in New York.

“Spikes in on-chain profit-taking during bullish impulses are to be expected as price climbs to new highs, and are typical for any bull market. As the realization of profits increase, so too does the probability of establishing a macro top,” Glassnode said.

Ethereum saw inflows for a fourth straight week, of $12.6 million. Total inflows in the last four weeks were about $80 million.

Some altcoins though, for the first time in many months, saw minor outflows, such as Cardano, with outflows of $2.1 million, data showed.

Assets under management at Grayscale and CoinShares, the two largest digital asset managers, were at $51.62 billion and $6.5 billion, respectively.

DID YOU KNOW?
A Beginner’s Guide to Buying a Vacuum Cleaner in 2022
Island Hopping in Tulum: The 12 Best All-Inclusive Tulum Resorts
How to Dispute a Debt and Win | Simple Tactics
The 12 Best Lat Exercises for Muscle Growth
Countdown to summer: tips for learning how to surf
User Guide: How to Track a Lost iPhone