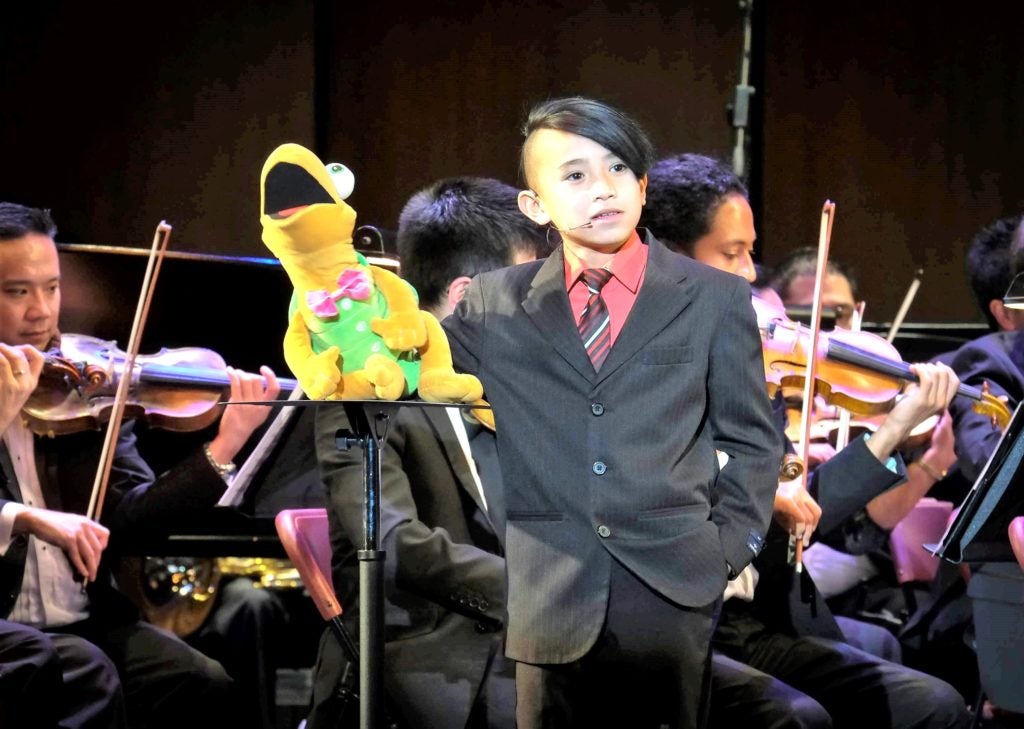 Aside from its own roster of incredible protégées, FASO brought to stage talents who surprised an audience that has loyally supported the orchestra’s mission and purpose. Blanche Gomez, who won a wonderful chance to conduct the orchestra in a fundraising auction at the FASO gala last June, yielded the baton as the 60-strong musicians romped through a joyous “Jingle Bells Forever,” based on melodies of Pierpont and Sousa.

Nayah Damasen and Riley Silos did a duet on “I See the Light” from Disney’s “Tangled.” The FASO Kids’ Ensemble sang “How Far I’ll Go” from “Moana.” These numbers proved that Fil-Am talents are always a source of pride.

Janelle Feraro was equally good in a very distinct and sterling performance of “The Greatest Love of All,” the popular Whitney Houston ballad. Janelle, a diminutive girl but whose voice soars, is very promising. 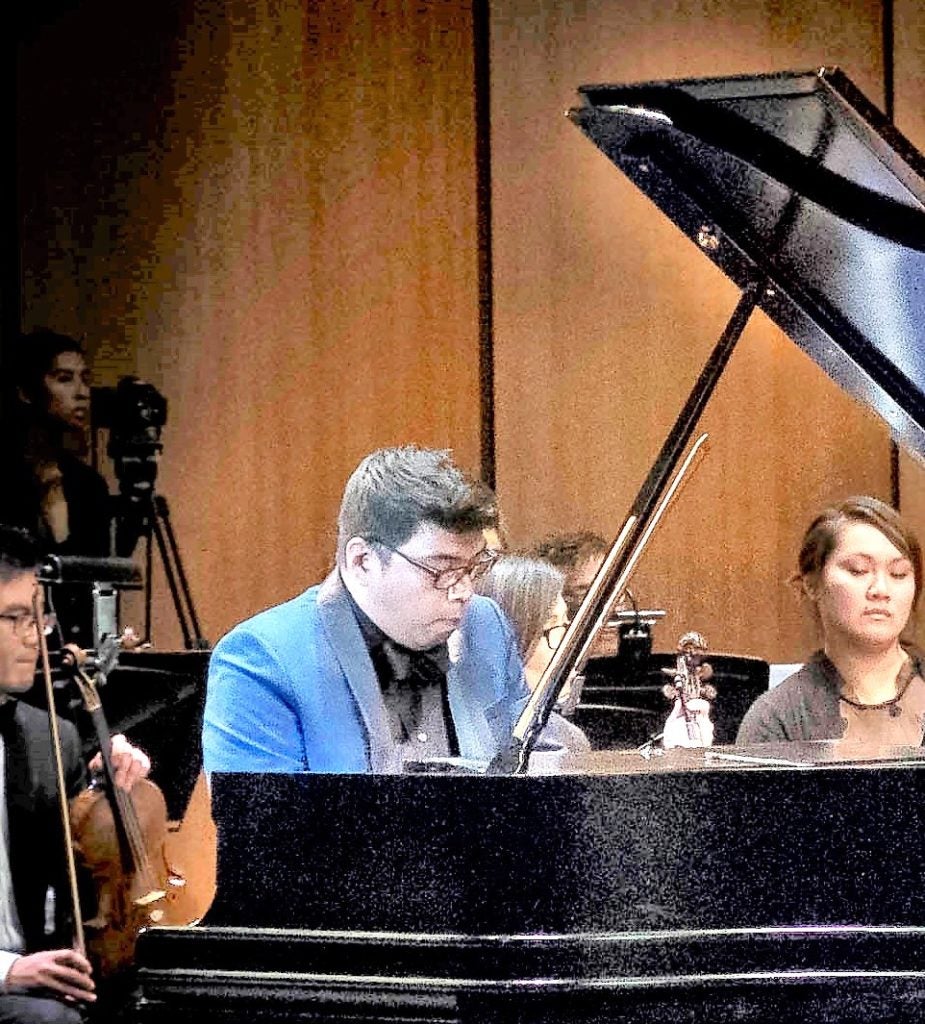 One outstanding performance was by pianist Paul Concepcion who performed the all-time orchestral favorite, “Rhapsody in Blue.” Together with FASO, Paul delivered a powerful, brilliant and exceptional rendition of the George Gershwin masterpiece. The truly impressive number earned the night’s first standing ovation. 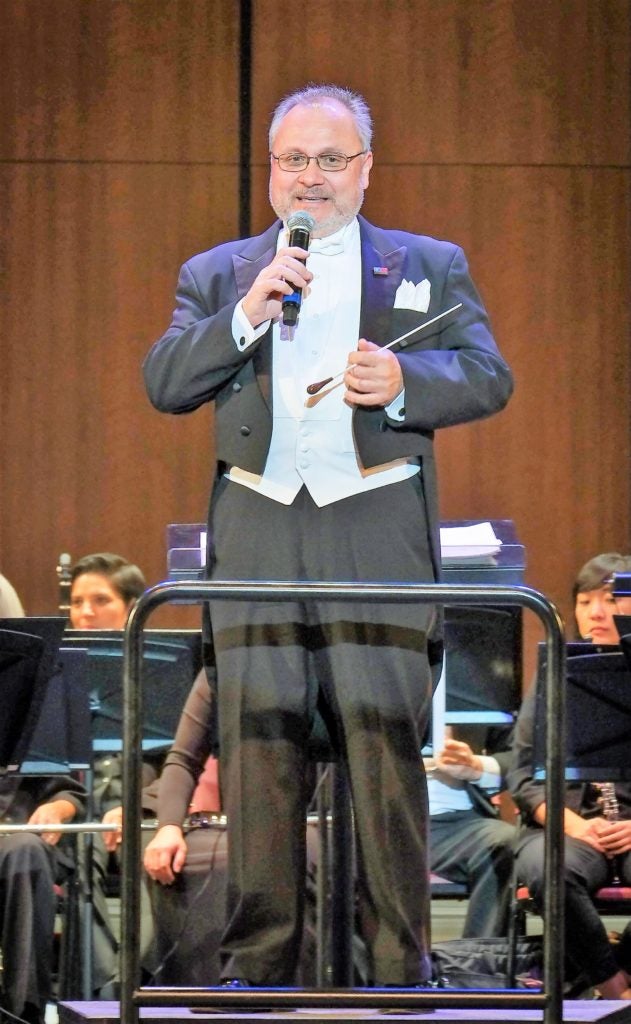 The various choirs not only sang serious music but also helped maestro Bob pull a surprise by singing commercial jingles from the 1970s and 1980s like the memorable ad tunes for White Castle Whisky and Liwayway Gawgaw. The novelty jingles elicited a lot of appreciative laughter from the audience who were grateful for the pop nostalgia.

A very enjoyable performance was by the young ventriloquist, Shane Selloria, and Winston the Turtle. They brought the house down with their masterful yet heartfelt performance of “My Way,” the Frank Sinatra hit with lyrics written by the equally talented Paul Anka.

Shane, only 10 years old, is a true entertainer. He is so promising. I am certainly going to watch his next show with Winston the Turtle. How the pair made “My Way,” a favorite song of Pinoy karaoke singers, into a very entertaining performance was a brilliant idea. It was uniquely Shane’s.

For me, the piece of the night was “Stille Nacht” by Franz Gruber, arranged by Chip Davis and Calvin Custer. FASO did an excellent rendition of this Christmas chestnut. It started with a cello, then a violin, then a combination of instruments. It was an evocative musical build up — genius, masterful and so powerful.

Overall, this recent FASO night was pure entertainment bliss. FASO is fortunate to have the support of some of the most brilliant Pinoys who are based in Los Angeles. These men and women, who are success stories by themselves, are dedicated to nurturing FASO as a groundbreaking Fil-Am cultural institution.

On a side note, I noted how the predominantly Pinoy crowd stood up when “The Star-Spangled Banner” was played as the concert began. I remembered the controversy about some athletes who kneel when the US national anthem is played. When “Lupang Hinirang,” the Philippines’ national anthem, was played and many Pinoys joined in singing, I choked with emotion. It felt great being a Pinoy, especially while watching a concert like this.