President Joe Biden’s $1.75 trillion bill to bolster the social safety net and fight climate change passed the U.S. House of Representatives on Friday and headed to the Senate, where divided moderates and liberals still need to reach agreement.

The House passed the measure in a 220-213 vote, which was postponed for hours by an angry overnight opposition speech from the chamber’s top Republican. Elated Democrats gathered on the House floor to cheer the vote with waves of applause, while disgruntled Republicans called for order.

“Now, the Build Back Better Act goes to the United States Senate, where I look forward to it passing as soon as possible so I can sign it into law,” Biden said in a statement following the vote. 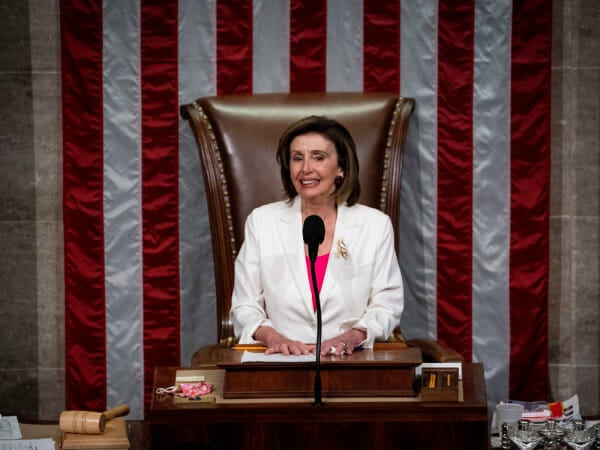 U.S. Speaker of the House Nancy Pelosi (D-CA) presides over the final vote as the Build Back Better Act passes, on the House floor in the U.S. Capitol, in Washington, U.S. November 19, 2021. REUTERS/Al Drago

Senate Democrats hope to reach agreement by the end of December with centrist Democrats Joe Manchin and Kyrsten Sinema, who have raised concerns about the bill’s size and some of its provisions.

Deliberations over an assortment of prickly issues, ranging from tax policy to government-paid family leave benefits, are likely to alter the measure before it can pass the chamber. A defection by any of the Senate’s 48 Democrats and the two independents who caucus with them would sink the bill, which faces united Republican opposition.

“Good luck in the Senate,” Republican Representative Kat Cammack told Democrats, as she delivered a final set of Republican proxy votes against the bill.

An altered Senate version would require the House to vote again before Biden could sign the measure into law.

But with the initial House passage complete and the recent enactment of a $1 trillion bipartisan infrastructure bill, Biden and his Democratic allies have considerable momentum as the measure approaches the finish line. 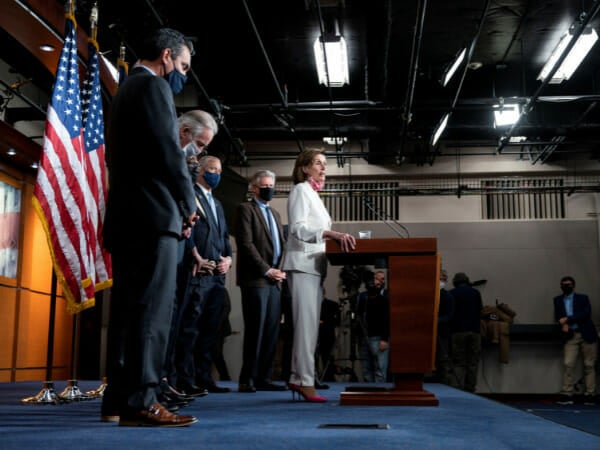 U.S. Speaker of the House Nancy Pelosi (D-CA) speaks during a news conference following the passage of the Build Back Better Act, in the U.S. Capitol, in Washington, U.S. November 19, 2021. REUTERS/Al Drago

“At the end of the day we will have a great bill,” House Speaker Nancy Pelosi told reporters after the vote.

The bill has been scaled down substantially from Democrats’ initial $3.5 trillion plan but would still invest billions to expand education, lower healthcare costs and tackle climate change.

Friday’s House vote came after Republican House Minority Leader Kevin McCarthy spoke for a record-setting 8-1/2 hours starting late Thursday. He cataloged a list of Republican grievances – some related to the bill and some not – and at times shouted down Democrats in the House who were openly dismissive.

In a dig at McCarthy, Pelosi later raised chuckles with her own speech supporting the bill, saying: “As a courtesy to my colleagues, I will be brief.” 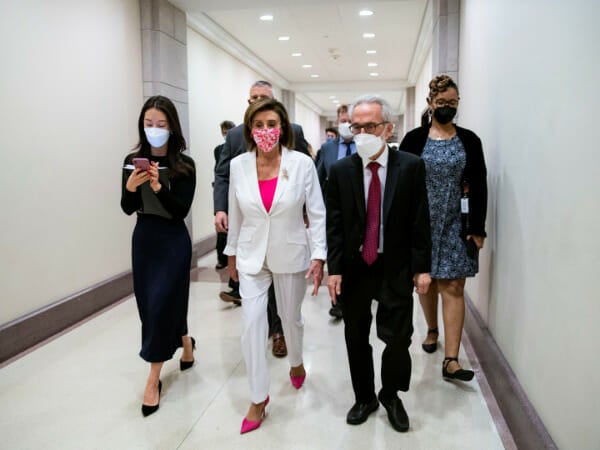 U.S. Speaker of the House Nancy Pelosi (D-CA) departs a news conference following the passage of the Build Back Better Act, in the U.S. Capitol, in Washington, U.S. November 19, 2021. REUTERS/Al Drago

“If you are a parent, a senior, a child, a worker, if you are an American, this bill’s for you, and it is better,” said Pelosi, whom Biden later called to congratulate.

Only one Democrat, Representative Jared Golden of Maine, voted against the measure, saying its tax provisions were too generous to the wealthy. But Golden vowed in an early morning tweet to “keep pushing to make changes … so that it lives up to its goals.”

The House vote follows the Congressional Budget Office’s estimate that the bill would raise federal budget deficits by $367 billion over 10 years, but that additional revenues from improved Internal Revenue Service tax collections could generate a net increase in revenues of $127 billion through 2031.

The White House estimates the IRS changes will generate $400 billion in additional revenue and says the bill overall will reduce deficits by $112 billion over a decade.

Several moderate Democrats, including Golden, had said they needed the CBO’s assessment before they would vote. The others accepted the White House’s math.

The legislation follows the infrastructure investment bill that Biden signed into law this week – two key pillars of the Democratic president’s domestic agenda – and a separate $1.9 trillion COVID-19 relief package that passed in March.