Suspect identified in vicious stabbing of elderly Filipino in California

Suspect identified in vicious stabbing of elderly Filipino in California 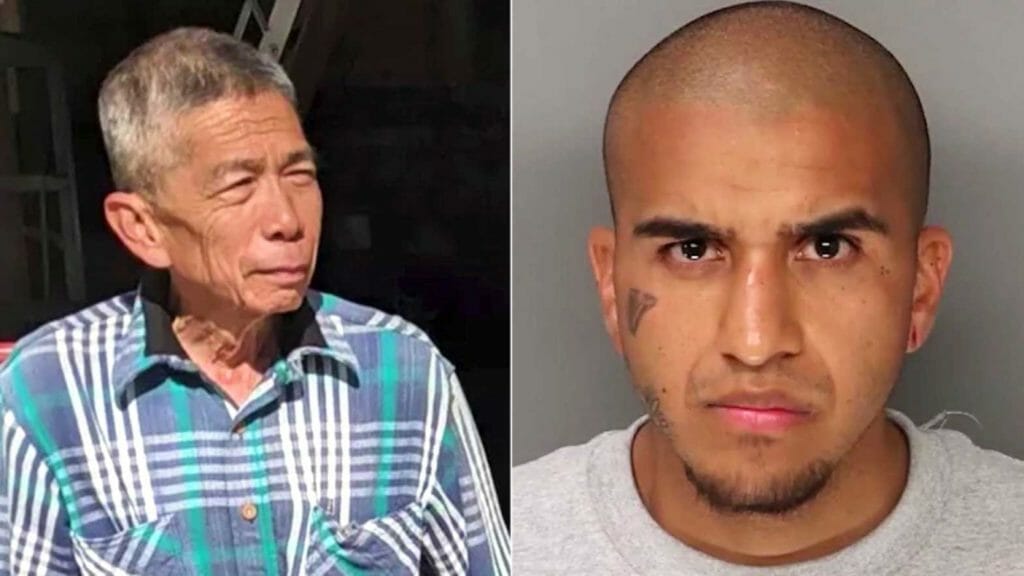 Jose Serra, 71, (left) who suffered life-threatening stabs wounds to his head, stomach and arm, and significant  loss of blood. Suspect Israel Valdivia, a felon recently released from prison, is at large. GOFUNDME/ECPD

Police released photos of the suspect in the unprovoked and horrific Nov. 3 stabbing of an elderly Filipino man at a trolley station in El Cajon, California.

Surveillance video of the vicious assault enabled police to identify the attacker of Jose Serra, 71, who suffered life-threatening stabs wounds to his head, stomach and arm, and significant  loss of blood. His ear was nearly severed. He has been treated in a hospital ICU and placed on a ventilator, according to Jones.

Serra’s attacker has been identified as 24-year-old Israel Ezekiel Valdivia, a convicted felon who was recently released early from a prison sentence under supervision. Valdivia had already violated his probation conditions and had a warrant out for his arrest, El Cajon PD said. He is armed and dangerous, police warned.

Police described Valdivia as a Hispanic man, 5 feet, 11 inches tall and weighing around 180 pounds. He has black hair and brown eyes and a “medium build.”

Valdivia has numerous tattoos on his body, as well as a large “V” tattoo on his face.

“This is part of the national trend that we have been seeing and there is a national campaign to stop Asian Pacific Islander hate,” JoAnn Fields, with the Filipino Resource Center, told FOX5.

In the county of San Diego, just this year, this is the second incident of violence against an elderly Filipino. Both are in their 70s and we need to take a stand,” Fields added.

However, Police say they do not think the attack a race-motivated hate crime.

They warned anyone who sees Valdivia not to make contact with him. Instead, they should notify police, because the felon is considered armed and dangerous.

Authorities asked tipsters to contact the police department at 619-579-3311 or San Diego County Crime Stoppers at 888-580-8477. You can also report information online.