Prosecutors in the murder trial of Kyle Rittenhouse said they would seek approval for the jury to consider lesser charges after days of testimony in which considerable evidence was presented in the U.S. teenager’s argument that he acted in self-defense.

Rittenhouse, 18, is charged in the killing of Joseph Rosenbaum, 36, and Anthony Huber, 26, and the wounding of Gaige Grosskreutz, 27, during chaotic racial justice protests in Kenosha, Wisconsin, on Aug. 25, 2020 following the police shooting and wounding of a Black man. Rittenhouse has pleaded not guilty.

The defense lawyers rested their case after calling their final witness, a video journalist who testified that one of the men Rittenhouse fatally shot had charged and lunged at the teenager, who was 17 at the time of the shootings. 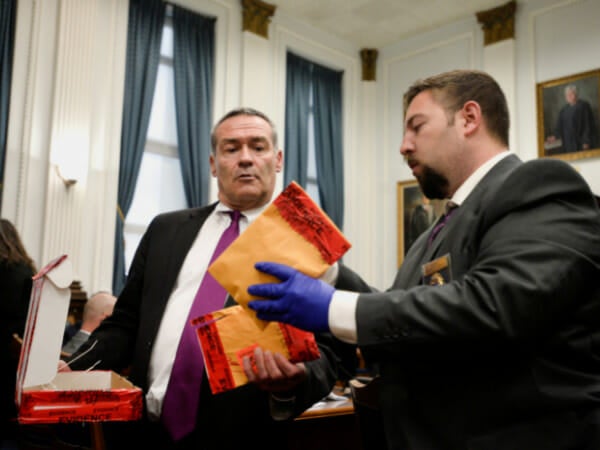 Kenosha County Judge Bruce Schroeder said closing arguments in the trial would begin on Monday. He said the prosecution and defense would each have 2-1/2 hours to address the jury.

The arguments are likely to underscore how Rittenhouse has become a divisive figure. He is viewed as heroic by some conservatives who favor expansive gun rights and consider the shootings justified amid protests in Kenosha marred by arson and looting. Many on the left view Rittenhouse as a vigilante and a symbol of an out-of-control American gun culture.

Kenosha County Assistant District Attorney James Kraus said he planned to ask the judge to allow the jury to consider lesser charges – so-called lesser included offenses – on the counts involving the shootings of Huber and Grosskreutz, a move that would lower the burden of proof for conviction.

Prosecutors have sought to paint Rittenhouse as a vigilante who carried an assault-style weapon into a volatile melee and wanted to use it, but a series of witnesses have offered testimony about the threats posed to the teenager that night. 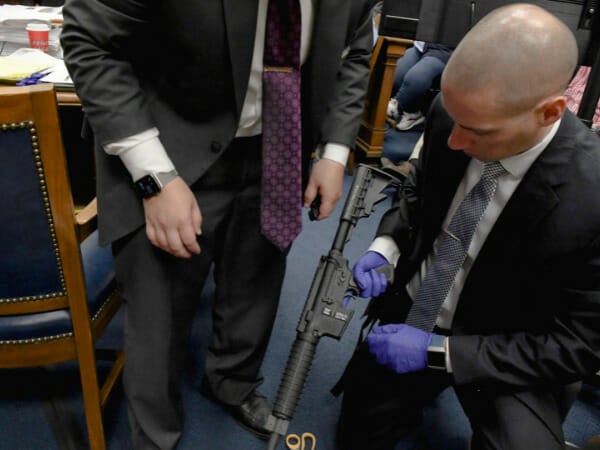 Kenosha Police detectives Ben Antaramian and Martin Howard make sure Kyle Rittenhouse’s AR-15 rifle is not loaded before it is used as a defence exhibit during Kyle Rittenhouse’s trial at the Kenosha County Courthouse in Kenosha, Wisconsin, U.S., November 11, 2021. Mark Hertzberg/Pool via REUTERS

Michael F. Hart, a criminal defense lawyer in Milwaukee who has monitored the nearly two-week trial, said he could not recall a witness who was harmful to Rittenhouse’s argument of self-defense. He said the prosecution’s request, which must be approved by the judge, was not unusual in homicide cases.

“I’m not surprised the state requested lesser included instructions,” Hart said. “They recongize that their case had some shortcomings and they are trying to salvage as many convictions as they can.”

With Huber, Kraus said he wanted all lesser charges approved for consideration by the jury. That would open the door to four additional counts ranging from second degree intentional homicide down to second degree reckless homicide.

Kraus said he would seek the inclusion of one lesser charge in the Grosskreutz shooting, which would allow the jury to weigh a recklessly endangering safety charge. 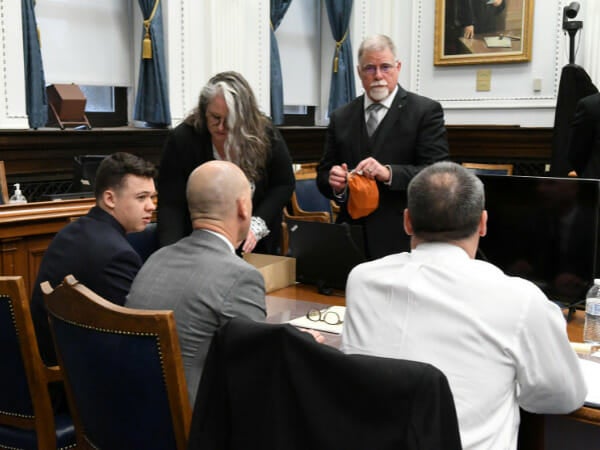 John Black, use-of-force expert, is pictured next to Kyle Rittenhouse and defence attorney before the start of Kyle Rittenhouse’s trial at the Kenosha County Courthouse in Kenosha, Wisconsin, U.S., November 11, 2021. Mark Hertzberg/Pool via REUTERS

Rittenhouse testified in his own defense on Wednesday, saying he opened fire with his AR-15-style rifle to protect himself after being attacked.

His lawyers sought to hammer home Rittenhouse’s self-defense argument by calling to the stand Drew Hernandez, then an independent reporter in Kenosha to record the protests. Hernandez testified he saw Rittenhouse earlier in the night calming down a potential confrontation.

Hernandez, who now works for conservative media outlet Real America’s Voice, was close enough to record the Rosenbaum shooting. He said he saw Rosenbaum “charging” at Rittenhouse and then lunging at the teenager.

Hernandez had several tense exchanges with Kenosha County Assistant District Attorney Thomas Binger, who noted that he referred to Rittenhouse as “Kyle” in his testimony and had sent out a tweet supportive of the “armed citizen” who had shot a man – later identified as Rosenbaum – minutes after the shooting.

Earlier in the day, Binger again tangled with the judge, accusing him of unfairness. The judge on Wednesday excoriated Binger for broaching the teenager’s decision to remain silent, as is his right, and introducing inadmissible evidence.

The tensions resurfaced on Thursday when Binger argued against a defense attempt to present an updated report from use-of-force expert John Black, who took the witness stand to analyze video of the shootings. Binger said the report contained evidence the judge had already ruled could not be admitted.

Schroeder responded: “I was talking yesterday about the Constitution of the United States,” referring to Rittenhouse’s right to remain silent. “That’s not what we are talking about here today.”

(Reporting by Nathan Layne; Editing by Ross Colvin, Will Dunham and Grant McCool)