Marcos, the Catholic Church and PNoy

Marcos, the Catholic Church and PNoy 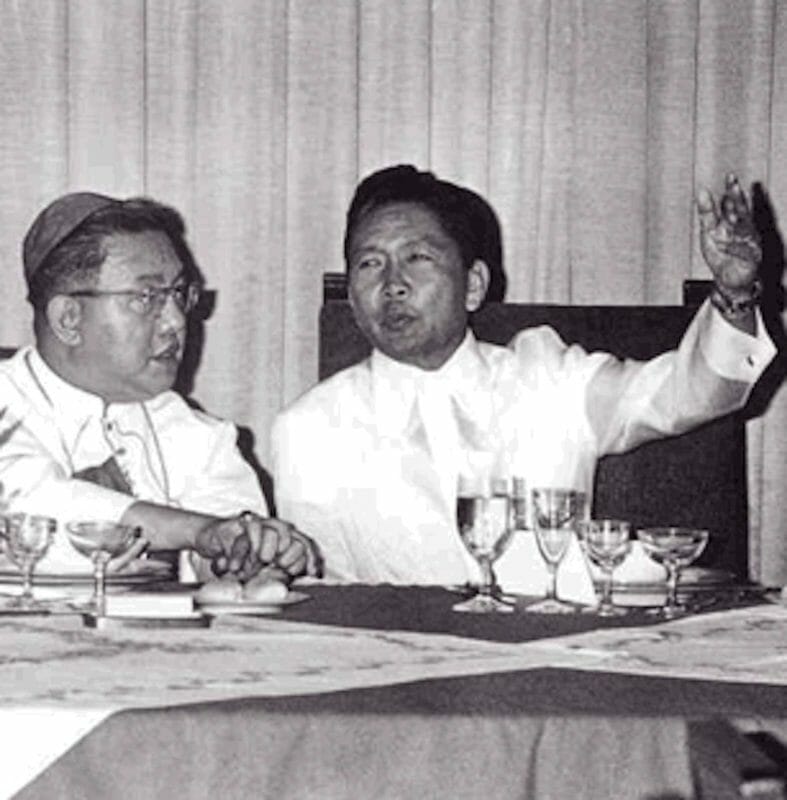 In the predominantly-Catholic Brazil, Archbishop Helder Câmara was once tagged as the “Red Bishop.” Suitably, his crisp self-description became a quotable quote: Quando perguntei: ‘Por que você é pobre?’ Eles me chamaram de comunista. “When I fed the poor, they called me a saint. When I asked ‘Why are they poor?’ they called me a communist.”

Since its foundation in 1946, the Catholic Welfare Org CWO, CBCP today, has rolled up its sleeves, so to speak, and immersed itself in socio-pastoral works among the poor and fought social injustice. And they called the Church Marxist. On July 6, 1954, the Filipino bishops issued a statement titled, “Accusations of Being Communists,” signed by Julio R. Cardinal Rosales, Archbishop of Cebu and CWO President. Still, the allegation that the Church was Marxist and Maoist intensified during Martial Law.

FEATURED STORIES
10 Perennial Herbs You Can Enjoy All Year
The Power of Links: How Many Does it Take to Get Ranked on Google?
Best Crystals for Protection Against Negative Energy

Ferdinand Marcos kept a diary and wrote entries about the increasing tension between his government and the perceived Marxist-oriented Catholic Church. From an entry on page 73, dated February 9, 1970, we read, “Conferred with the two Cardinals, (Rufino) Santos and (Julio) Rosales, on the Jesuits and bishops propagating radical ideas – like Father Ortiz, Murphy (Tom), and (Jose) Blanco as well as the seven bishops…”

The Chief Executive was careful to choose whom to talk to. From another entry on page 73 of the same date we read, “Imelda met with the two Cardinals, Archbishops Gonzaga and Alberto on the problem of the Jesuits and the ultra-liberal priests.” Because the Church leadership was firmly standing its ground against government abuses, Marcos branded the Church Neo-Marxist and Maoist.

The Filipino prelates maintained that the Church was not Marxist because Marxism advocated violent armed struggle to topple down its enemies. On the contrary, the Church advocated peaceful dialogues. Our bishops did not fail to explain that the Christian principle of a “preferential option for the poor” and for the victims of injustice did not make the ordained ministers Marxists but followers of the Master (Luke 4:18).

Sadly, the vast majority of the people, particularly the complacent ones, were bystanders on the gutter who saw no evil, heard no evil, and spoke no evil. But a host of students, religious persons, clergy, seminarians, and citizens of goodwill rose up to be counted, even as the motherly eyes of our Catholic nuns teared up while they watched the horrors of Martial Law.

“I was 12-years-old (and was) seated in the front row witnessing tyranny and persecution,” recalled President Noynoy Aquino (1960-2021). It was an era in which the most fundamental rights “were flagrantly and routinely violated… The dictator wasted no time in having my father (Ninoy), one of his most influential and vocal opponents, imprisoned,” he evoked with blues.

PNoy remembered how the Catholic bishops, priests, and religious nuns supported the Aquino family. “Martial Law deprived our family not only of a loving husband and father. Many of our friends avoided us. There were a few who dared to speak up. One of those was Fr. Toti Olaguer, SJ, who, right in the heart of the dictator’s most secured prison, had the courage to speak the truth about Mr. Marcos’ abuses, even as he was being videotaped.”

During the most trying times of Martial Law (1972-1981), the Church was there, walking the talk of the Catholic social teachings, a role the Catholic pastors played with conviction. And PNoy did not forget that. “Many others in the Church, such as Jaime Cardinal Sin, Bishop Francisco Claver, and Bishop Antonio Fortich, just to name a few, truly lived their Faith and acted as followers of Christ in being their brothers’ keepers,” he remembered.

“The courage and daring displayed by the clergy solidified my belief: Especially during the Martial Law years, the Church of the poor and oppressed shone vividly. The clergy was always at the forefront of those wanting to emulate Christ and carry the burdens for all of us,” Pnoy remembered so well and what he remembered he told Pope Francis at the Malacañan Palace in 2015.

In his time, President Aquino, unlike his successor, appeared to have had a deeply-seated appreciation for the religion and its leaders who guided his boyhood and adolescence, and his mature life until the end. When he died in 2021, he was surrounded by his Jesuit friends. Man and boy, he was proud to be a Filipino and a Catholic.