Christmas movies are a staple for this time of year. It’s not Christmas without watching “It’s a Wonderful Life” or “A Christmas Story.” But, there are so many good ones to choose from! It’s that time of year again when your favorite holiday movies are on TV every other day, and you have to fight the urge to stay in bed all day.

Even if you’re not into Christmas movies or haven’t seen them before, they’re a great way to get into the spirit of things. Here is your guide to the best Christmas movies, according to us (and we’re pretty picky). Merry Christmas and happy watching!

10 Christmas movie facts that will blow your mind The holidays are in full swing, and what better way to get in the spirit than by watching some of your favorite Christmas movies. But do you know all the crazy facts about these films? Here are 10 that will blow your mind.

Did you know that in Scrooged, Bill Murray’s character is visited by three ghosts who help him change his life for the better? And did you know that this film was originally a TV show called “A Carol Christmas” when it first aired on television?

It also happened to be one of Bill Murray’s first major movie roles! These are just two examples of how many people don’t realize there’s so much more to these classic holiday films than meets the eye.

The Best Christmas Movies of All Time 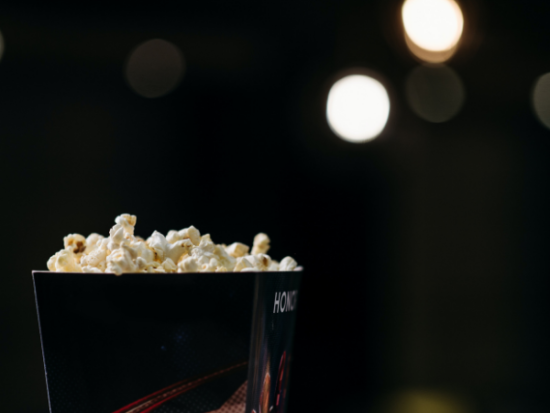 It’s that time of year again. The weather is getting colder, the trees are losing their leaves, and you have to figure out what to watch on TV every night after dinner because there’s nothing good on at 8 pm anymore. Well, fear not! Here are the best Christmas movies of all time for your viewing pleasure this holiday season.

Whether you’re looking forward to a white Christmas or a tropical one, the holidays are inevitable! If you’re wondering what to do with all of your free time now that it’s dark outside when you get home from work and the only thing worth watching is football, then look no further than this list of five fantastic Christmas movies below. You’ll be glad you did!

A holiday classic at its best! This 1946 Frank Capra classic depicts the meaning of Christmas on a different level. The main actor George Bailey was about to end his life, and then an angel showed up and taught him the true meaning and importance of his life. 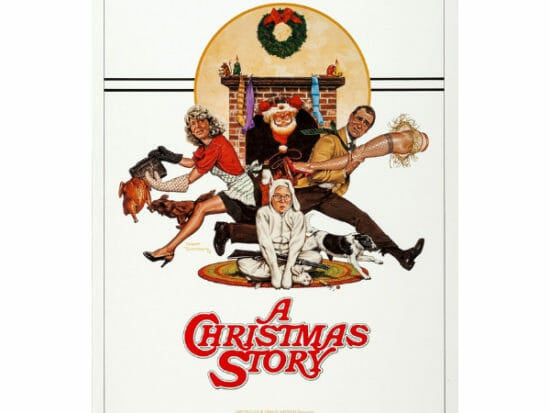 Aside from the nostalgic feels, the dark humor makes this film one of the best Christmas movies. From the director of Black Christmas, Bob Clark, this holiday classic has a different plot from the usual holiday theme. Ralphie Parker (Peter Billingsley) badly wanted an air rifle as a Christmas present.

How the Grinch Stole Christmas

One of Dr. Seuss’ genius works, this Christmas movie, was made into a holiday film. As one of the best Christmas movies, the story revolves around Grinch. He’s the Christmas-hating creature that wants everybody to be miserable on Christmas Day. While this tiny-hearted Scrooge hates Christmas that much, he’ll eventually feel the true spirit of Christmas.

This best Christmas movie made Macaulay Culkin’s stardom soar to its peak. Whether it’s the disheartening family plan failures or the hilarious bout between the thieves, you’ll always re-watch this movie classic.

The family forgot Culkin at home on a Christmas trip. He then fought a pair of thieves with his hideous tactics and strategies. This children’s adventure is worth re-watching this holiday. 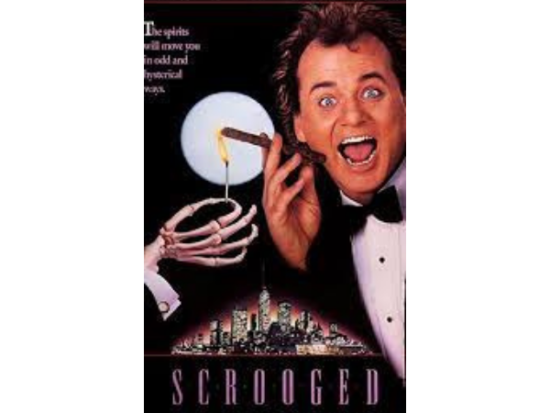 As a modern version of Charles Dickens’s “A Christmas Carol,” this is one of the best Christmas movies. Frank Cross (Bill Murray) is a snob, arrogant and cold-hearted TV executive. His wild nature pushed away from the love of his life, Claire.

He fired one of his staff on Christmas eve. Then he was visited by a couple of ghosts, teaching him to re-evaluate his life and wrongdoings.

A movie that will boost your holiday spirits, making it on the list of the best Christmas movies. Will Ferrell plays the humorous orphan raised by Santa Claus, and he grew up in the North Pole with the elves.

As he came to adulthood, his search for his biological father began. He went to the concrete jungle of New York to locate his father, and this is where all the adventure began. Plus, he gets to meet his SO! 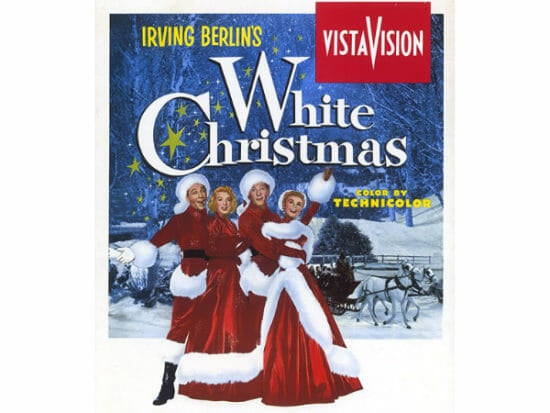 As one of the best Christmas movie classics, this holiday special is sweet with a balance of cheerfulness. You’ll get hooked! This 1954 musical derived its title from Bing Crosby’s song that he sang in Holiday Inn.

Singers Crosby and Danny Kaye paired up with two siblings (Rosemary Clooney and Vera-Ellen to help their ex-military commander. They need to help him with his financial difficulties to save his Vermont lodge.

What some of the modern Christmas movies lack, this film fills in! It’s full of good old holiday spirits.

Back in 1994, a certain fear among children surfaced. This fear? Santa would land on their roof and face death.

This turns a cheerful holiday into a total nightmare. While Tim Allen is the cause of Santa’s death on his property, he has to fill in the role of Santa Claus.

The Nightmare Before Christmas

Tim Burton’s creations never fail to amaze viewers with their stunning visuals. As one of the best movies this Christmas, this stop motion film revolves around the mishaps of Halloweentown’s King Jack Skellington.

After getting bored of the usual antics and boring hues of Halloween, he stumbles upon Christmastown. With all the joyous feelings, he gained new realizations in life. He planned to kidnap Santa Claus, and this is where all the adventure began. This star-studded romantic comedy set on the holidays will give you that Christmas warmth. A beloved and one of the best Christmas movies that revolve around nine intertwined love stories. While the movie gets all cheesy, you won’t miss the holiday vibes this movie expresses.

While this Christmas classic had a great remake in 1994, the original was still a great addition to your list of the best Christmas movies. This holiday staple was about the man claiming to be Santa and the kid who doubts the Santa Clause myth. A young lawyer will come to the scene trying to defend the man against
institutionalization.

If you’re a Peanuts fan, you’re in for a treat with this Christmas special. As Charlie Brown discovered seasonal depression, he still tried to get on with the holiday spirit. He planned to organize a Christmas play, and Linus will remind him about the real Christmas essence. 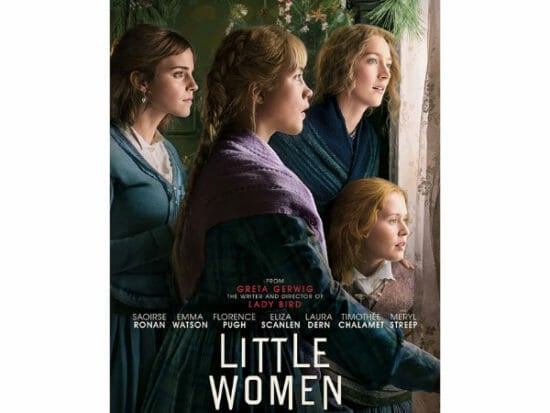 Whether you prefer the original 1994 movie or the 2019 adaptation, both will give you a glimpse of that picturesque white Christmas in New England. As one of the best Christmas movies, this star-studded movie never fails to show the real meaning of sisterhood. The different ventures of these four sisters are real proof of how a family can work it out despite the odds.

Meet Me in St. Louis

While this lovely musical’s outstanding performances from Judy Garland and Margaret O’Brien will give you that romantic feel on holiday, it’s also a treat for all ages. As one of Vincente Minelli’s creations, this 1944 original is composed of various scenarios set in different seasons. You’ll love Judy Garland’s version of “Have Yourself a Merry Little Christmas” on this Christmas special.

Good Christmas Gifts for Your Loved One Never forget to add this to your list of best Christmas movies to watch. With its stimulating displays, heartwarming scenes, and spirited soundtrack, your whole family will love this.

As a Christmas legend, Rudolph’s underdog story will lift your spirits this holiday season. With the support of his friends, Rudolph will realize that being unique isn’t something to be ashamed of. Expect loads of positivity in this film.

As you can see, there are many great movies to watch this holiday season. These are just a few of the best Christmas movies that will make your family happy and provide some laughs for everyone! You’ll be sure to find something that suits your family’s tastes. Merry Christmas and happy holidays!